The Rocky Horror Show is back in town with Strictly Come Dancing winner Ore Oduba as Brad. Available to see at the Bradford Alhambra. 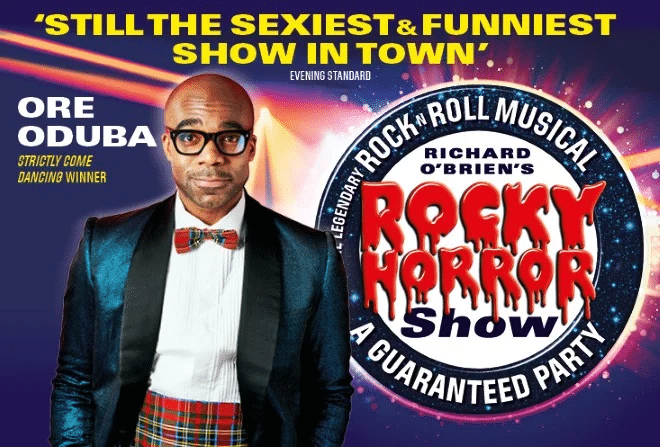 With more fishnets than a Hull trawler man might have on his boat and more stockings on display than an Ann Summers store, it can only mean one thing – The Rocky Horror Show is back in town.

Dressing up to go along to witness the show is as much part of the experience as watching it. The audience at the Bradford Alhambra entered into the spirit of the evening by bringing out their Halloween costumes again for a show that has been seen by over 30 million theatregoers over the years.

The story is about two squeaky-clean college students – Brad and his fiancée, Janet. When by a twist of fate their car breaks down outside a creepy mansion whilst on their way to visit their former college professor, they meet the charismatic Dr Frank ‘n’ Furter, but all is not what it seems.

The musical doesn’t really need any star names to make it work, as the show is a star in its own right, though having Strictly Come Dancing winner Ore Oduba playing Brad added an extra quality to the show. He fitted well into the role adding innocence and, as you might expect, some nifty dance moves to the show.

Haley Flaherty as Janet was charming and sweet though her singing voice might seem a little too harsh for many. More importantly, the chemistry between the two main characters worked well.

Phillip Franks as the narrator brought an authoritarian aspect to his role, and his ad-libbed local references were an unexpected surprise. Kristian Lavercombe as Riff Raff is one of the longest-serving cast members – his experience showed with a believable portrayal as the wicked butler.

Stephen Webb as the mad, dangerous yet charming Frank ‘n’ Furter – the transvestite from Transylvania – paraded the stage effortlessly in his high heels for a performance that was one of the show’s many highlights, whilst Ben Westhead as Rocky displayed a body that showed what regular visits to the gym can achieve!

Suzie McAdam as Magnetta provided a touch of gothic glamour and Lauren Ingram as Columbia had some of the night’s best dance routines. 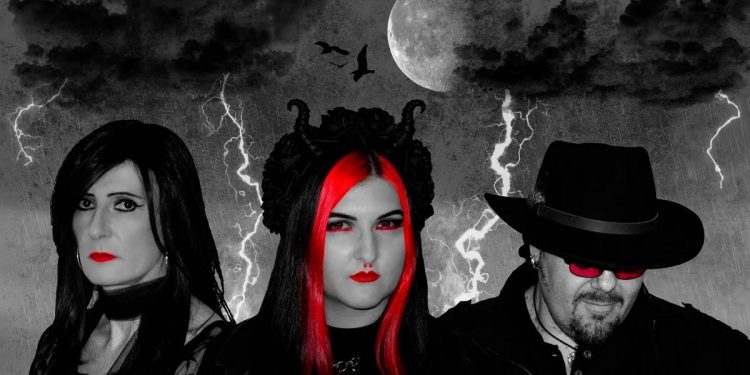 Let’s do the Time Warp in Bradford

The Time Warp song is the one that is best known from the show – the song is performed at only 25 minutes in, and later as an encore, giving the audience an opportunity to get out of their seats to do the dance routine. Although the rest of the songs are not as well known to anyone unfamiliar with the musical, by the end of the show you will have the melodies spinning around in your head.

A crazy, chaotic and enchanting version of this cult classic. It is definitely time to do the Time Warp again!