Reorganise the deckchairs North Yorkshire, there’s an iceberg ahead

It is now official. All the local councils across the whole of North Yorkshire will be abolished without any of the electors being consulted at the ballot box about whether that is what they want. In other words the big issue has been decided for you but if you insist on trying to put forward your opinion you will be reluctantly allowed to say something about which of the two bad choices you might prefer, by answering some highly loaded questions. 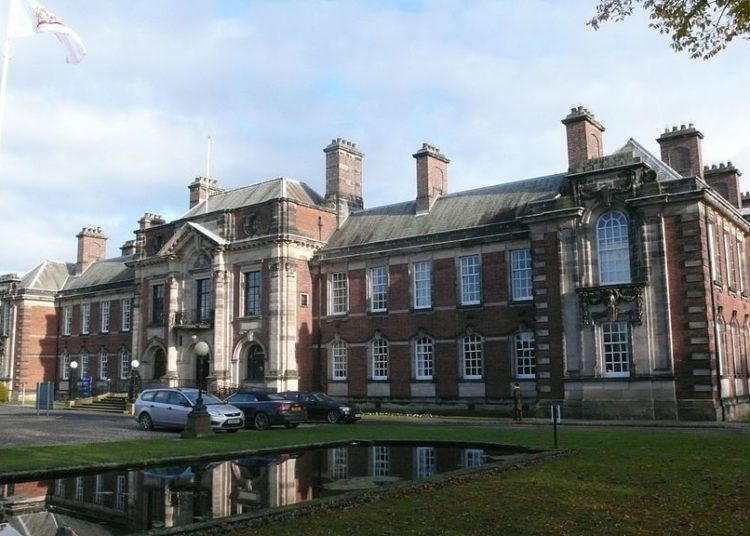 Northallerton County Hall by flipflopnick is licensed under CC BY-SA 3.0

It is now official. All the local councils across the whole of North Yorkshire will be abolished without any of the electors being consulted at the ballot box about whether that is what they want.

Central government has written to local government telling them they have to reorganise during a pandemic. They call it devolution. They call it local choice. Yet when almost every council across Yorkshire told them that they wanted a single assembly for the whole of Yorkshire, those elected representatives were told that this wasn’t allowed.

Making decisions in Westminster that elected local representatives don’t like is a very strange idea of devolving power. The consultation exercise they have launched is even stranger. Selected organisations have been asked to evaluate the merits of the two different schemes that have been put forward. The public has not been asked their views on whether the whole idea of reorganisation is a good idea or not.

In other words the big issue has been decided for you but if you insist on trying to put forward your opinion you will be reluctantly allowed to say something about which of the two bad choices you might prefer, by answering some highly loaded questions.

Despite the unfairness and clumsiness of this, I would strongly encourage as many people as possible who live in North Yorkshire to participate and to express their least-worst preferences and any opinions they have about how local voters are being disrespected.

For anyone who’s having trouble sleeping, it may be helpful if I make an attempt to explain what’s happening. All of the district councils across North Yorkshire are to be abolished. The same will happen to North Yorkshire County Council. There will be a mayor for the whole of North Yorkshire and York, and some funding that currently arrives in the area via government departments will in future come via the new council.

One faction of the disbanded councils has put forward a proposal for there to be one giant authority covering the whole of North Yorkshire that will subsume the old district councils’ responsibilities like bins and planning. The City of York would remain outside that giant county and have its own council. This faction claims this new arrangement would bring big financial savings.

The other faction has suggested that such an authority would be much too big and that, as a consequence, councillors would be representing such large wards that local people would have little chance of knowing their local councillor. They have proposed instead that the county is split in half into a local authority for the East and another for the West. This faction also promises big savings.

From the first, some of us have expressed extreme cynicism over whether reorganising local government is the top priority in the middle of a pandemic. We’ve been told that the opportunities for savings and rationalisation are too great to miss. When those ‘opportunities’ have been looked into, they have prompted even greater cynicism.

Almost anyone who has actually lived through any public sector reorganisation whilst trying to deliver a service will tell you that it is a nightmare. It takes years of disruption and focuses the energy of staff on sorting out huge numbers of small unforeseen practical problems. They also get drawn into worrying about their own personal positions as they’re forced to apply for jobs in the new administration. At the end, the savings usually prove to have been entirely illusory. The harm to the service for the public is all too real.

In this particular reorganisation, there’s huge potential for chaos and confusion over what authority the mayor has and what the elected councillors will be able to influence or control. There’s the potential for an arm of local government so large that one side of the new authority is close to Darlington, another on the edge of Bradford, a third near to Lancaster and another on the Humber Estuary. In an area this big, there will either be so many councillors that it is impossible to do business, or councillors covering areas so large that no one could reasonably claim to be familiar with the needs of all the residents they represented.

Virtually none of the proposed savings will come from removing unnecessary posts. Councils have already cut their staff to the minimum. The savings will have to come from not doing things that were previously done, and firing staff who currently do worthwhile jobs.

That is not to argue that councils are incapable of saving money and cutting costs without damaging services. That could indeed be achieved – if they looked seriously at staff working permanently from home and focused on cutting office running costs. But instead of getting started on genuinely saving money and CO2 emissions, it’s highly likely that simple practical ideas like that will be neglected whilst every bit of available energy is spent battling for position in the new authority.

At best, this unnecessary reorganisation means two to three years of serious disruption before any improvements kick in. At worst, we’ll be left with local people utterly confused about whether they take their problems to the mayor’s office or to their local councillor.

Then there is the issue of how councillors are likely to be elected to the new authority. The method of voting is expected to be crude first past the post for large seats. That reduces the chances of smaller parties winning, because they cannot afford expensive publicity campaigns and usually depend on being known by voters in their community. Larger seats mean that national party profiles start to dominate over local connections.

Currently, the district councils across North Yorkshire and York have interesting mixes of Conservative, Independent, Labour, Green, Liberal Democrat and other councillors and there’s some prospect of changes of power taking place at elections. North Yorkshire County Council is stacked out with Conservative councillors who stand very little chance of losing their seat and even less chance of their party losing power. That means that any new authority for North Yorkshire is also likely to have a nailed-on solid majority for the Conservatives.

Smug confidence that you can win an election whatever happens is rarely good for the quality of government. But it is the only explanation I can think of as to why the Conservatives in Westminster are so very determined to force this crazy change through.