Alex Toal interviews Stewart Golton, leader of the Leeds Liberal Democrats and the party's candidate for West Yorkshire mayor. Golton plans to "rage against the machine" at both the regional and national level, challenging leaders in West Yorkshire and Westminster to do better for local people. 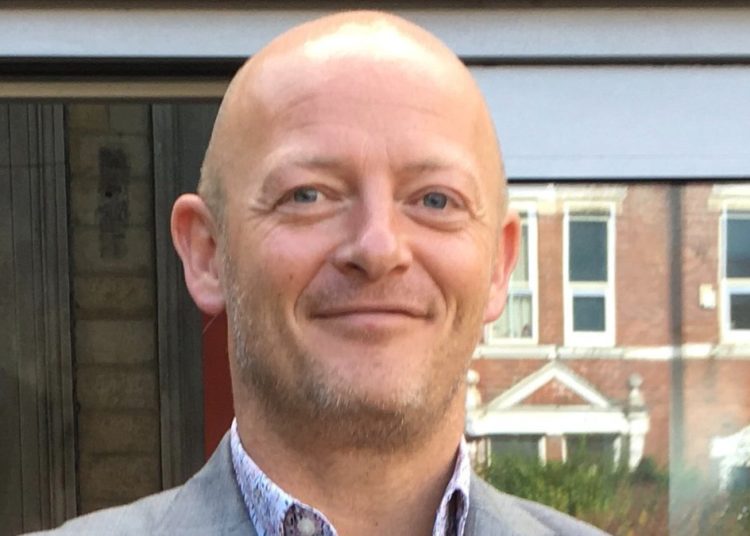 Image by the candidate

Is West Yorkshire part of the ‘red wall’ of heartland Labour seats? Do the Conservatives now have ‘ownership’ of rural and suburban areas? For Councillor Stewart Golton, this argument gets in the way of what politics should really be about: “giving people a little bit of hope”.

As the Liberal Democrat candidate for West Yorkshire mayor, Golton’s vision is centred around this, moving local politics away from the national partisan arena in which it is often contextualised, and making it about the people overlooked by the Red/Blue Wall tug of war.

The position of mayor: transparency and accountability

It is in this spirit of localism that I got that sense that Golton sees the mayoral position as a mixed blessing. On the one hand, he was keen to speak about how the new position, along with the system of Single Transferable Voting (STV), could make people more enthusiastic about local politics.

“The position is brand new, and if somebody has the ambition, they can make something really different with it. Too often you’re voting against what you don’t want. But here, you have an opportunity to say ‘actually I’ve got four or five votes: so with my first preference, I’m going to vote for what I actually want, and then maybe with my second preference, I’ll have an insurance vote’.”

However, Golton also has clear reservations that the position could be abused. Not only did he point out to me that the entirety of the mayor’s £38m budget has been pre-allocated by the combined authority, but he expressed concern about its impact on police accountability. Previously, the police and crime commissioner (PCC) was an elected position, but now the brief will be allocated by the mayor to an appointed deputy.

“To then have the mayor potentially appoint one of their friends in an unelected position, that’s a step backwards, democratically, and it’s cronyism.”

One thing Golton is doing to improve this situation is announce his nominee for the deputy mayor position, Javed Bashir, in advance, to make them part of his platform. This idea of an elected, accountable leader is important, particularly given the relatively small budget available to the mayor. Golton points to Andy Burnham in Greater Manchester:

“The majority of the stuff that he’s actually been able to achieve, are not associated with money that he’s in charge of, it’s more about your day-to-day relationship with Westminster.”

How the mayoral position can improve government

He thinks that not only can the mayoral position shine light on what Westminster should be doing, but that it can be a challenge to the Labour-led councils in the area to do better.

“One of the great advantages of being from the party which doesn’t represent the current Council leadership, is that you can reflect a mirror on them and challenge whether they’re actually delivering what they say.”

Golton points to the current operation of West Yorkshire Combined Authority, which he claims are “dysfunctional, and avoid scrutiny”, with little oversight in ensuring that the decisions made make a difference on the ground. He proposes putting an end to “strategy documents which are just a load of words, with very little delivery at the end of it”.

“I’m a great advocate for tension in a system being a great catalyst for action. Unfortunately, we’ve had a West Yorkshire approach, in contrast to what’s happening over the Pennines, of ‘Let’s not rock the boat. Let’s behave’. The hope is that government responds to good behaviour, and ultimately we’ll get what we can from being constructive.

“But actually, there’s no evidence that that gets a better outcome for the people you represent than being belligerent and shouting about what a poor deal you’ve been given. Because it seems to have done pretty well on the other side of the Pennines, where they’ve increased and progressed their devolution deal at a greater rate than we have.”

In addition, Golton has bold plans for how he wants to improve the region. He recognises that the economy of West Yorkshire is no longer working for people, particularly with the increase of informal and non-salaried labour.

“People who are involved in our regional economy don’t all do nine-to-five jobs, in a city or town centre. Increasingly, they will have responsibilities as carers or parents, and they might choose to actually be self-employed, because they appreciate that their quality of life is more important, perhaps, than the absolute level of income that they have.”

An important priority for Golton is making the regional economy work better for these people, and enabling growth outside city centres. For Golton, local authorities and bus companies have over-promised and under-delivered for too long, and an integrated mass-transit network is needed to make local economies a success. A key part of this is his plan to create “15-minute neighbourhoods”, where people can easily move in their local economy without use of a car.

“The bus routes are the most effective way of doing that, connecting between the nodes to make those individual communities work, so that people can actually get around from their shops to the GP practice to the local school, by public transport as easily as they would with a car.”

This connectivity within the region, and in between regions in the North, is far more important for him than HS2, which he describes as “one of the biggest mistakes we’ve ever made”.

Fighting for Yorkshire: rage against the machine

Finally, I asked Golton how he would like to change how Yorkshire is seen and represented at the national level.

“One of the things that I would love to see as the next step is a One Yorkshire devolution deal, which is our ultimate goal, and I would like to see a House of Lords which is replaced with a House of the Regions. Because if we’re ever going to have that parity of esteem between the different regions, you can only do it by concreting it into institutions.”

“In the meantime, we have to be pragmatic: As someone who likes proportion representation, we have to work with first past the post; as somebody who wants a better devolution deal, we’ve got to work with the one that we’ve got. Ultimately, in terms of regional disparity, if you can’t get it through the current system, then disrupt from within and reform. That’s what I hope to do as mayor is rage against the machine and get a better deal.”