At a time when the professional game is dominated by international money and talk of the ESL, thank you to the Weavers. 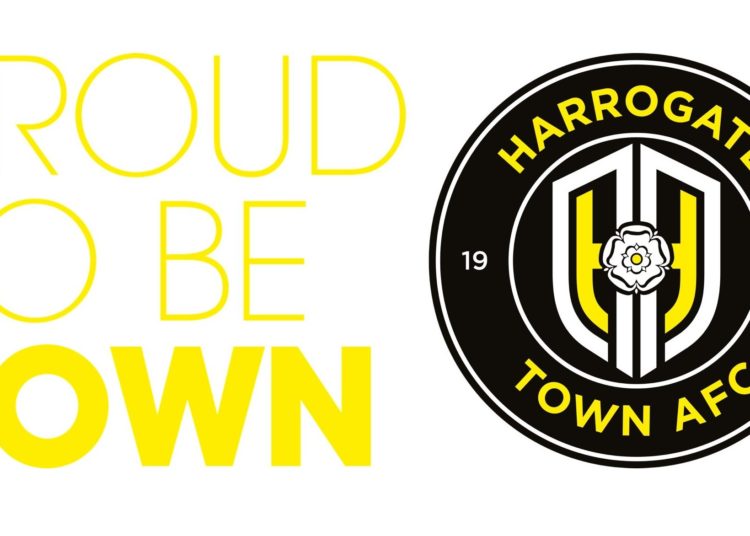 Is this the most unexpected and improbable fairytale football story of the century? Harrogate Town FC!

2010: on the last day of the Conference North season Harrogate Town FC were bottom – due to be relegated but saved because of the financial problems of others.

2011: on last day of the Conference North season Harrogate Town FC at the bottom again – but saved from relegation by an improbable last day 5-0 win.

So 2011: could it get any worse? They boast all of seven season ticket holders! Irving Weaver of Strata Homes takes over the club – son Simon is already the manager. What now?

2020; on 2 August they walk off the pitch at Wembley Stadium no less, deserved 3-1 winners having played brilliant football and are thereby promoted to the Football League Division 2. Can this be for real? Pinch yourself!

2020: how does it go – out of their depth? On 17 October in the first home game in the Football League in their history they win 1-0, with a great record to date of three wins, two draws and only one loss (ground capacity now 3,800, new stand seats 500, new grass pitch replacing the artificial surface, but sadly fans watching remotely) … and along the way there was a Carabao Cup game away against Premiership team West Brom.

Something certainly has happened! What a roller coaster! And it’s not over yet – on 20 October they win again, moving into a clear fourth place, only two points from the top of Division 2 and still to come is another, delayed, visit to Wembley Stadium for the FA Trophy Final for which they are firm favourites.

Club manager Simon Weaver and club chair Irving Weaver have worked a miracle! What a wonderful job they have done in creating something special and heart-warming for the local community to revel in.

When I moved to Harrogate I started to go along to the home ground – a rather different experience from watching Leeds United at Elland Road along with 35,000 others, seeing Marcelo Bielsa work his magic.

It was fun being able to hear the players calling out to each other (the language could be a bit choice!). In my very early days, I characterised the playing style as being to boot the ball down into the opposing half, racing after it and hoping to catch the opponents out (it didn’t happen very often). The crowd (well, that was pushing it a bit – at first perhaps 800 on a good day) would spend most of the game exhorting the players “keep it on the ground”. When my grandson was not with me, I would send him a running tally of the times the ball went over the stands out of the ground (I think 11 was my record).

But then it all changed. Between them, the Weavers performed a transformation.

In 2019/2020, after winning a promotion semi-final playoff match, they walked onto the Wembley Stadium pitch to play against Notts County. What a contrast of history; a small club from a small town (on the way up?) against the oldest professional football club in the world and a founder member of the Football League in 1888 (struggling to claw their way back up).

My grandson and I had seen the home match which Notts County had won 2-0, having really pushed and muscled Harrogate throughout the game, so we were very nervous. Goodness knows what every supporter was feeling but it was an incredible 90 minutes. From the very first touch, Harrogate played brilliantly and were in command, the best I had ever seen them play, full of confidence and style, flowing football, running out deserved comfortable winners 3-1 (you couldn’t beat the relief though at the final whistle, especially after Notts County had got one back to make it 2-1!).

Suddenly the team and the town had it all – a triumph, complete with a tour of the town centre in an open top bus showing off the trophy.

There has been a BT Sports Film shown, ‘Proud to be Town’ about the club’s progress and how the manager and team cope with Covid-19. It is very human and moving, the power which comes from the genuine team spirit comes over strongly and the family nature of the club. It included Simon Weaver ruefully saying, “I’m 42 and the manager; my mother is asking me whether I’m washing my hands and have my packed lunch.” But, as she said to me when I pulled her leg about the remark, “once a mum always a mum … I didn’t know it was being filmed!”

At such a grim time, we can all do with some good news to enjoy – even more enjoyable when success is so deserved. This club is owned/run by a local family, the Weavers, who have transformed everything. The manager Simon Weaver has worked wonders and built up the players who are a real team, led by captain Josh Falkingham. The club are characterised by their local connections as part of the community, with genuine commitment and loyalty. They have all worked for this; they all own it. The only downer – Covid-19 has meant that it’s not been possible for fans to be present with the team while the roller coaster picked up speed.

The slogan ‘Proud to be Town’ just could not be more appropriate about this club and its place in the community. At a time when the professional game is dominated by international money with local connections so often fragile, now with talk of a European Premier League with un-dreamed of riches, thank you to the Weavers – this is real grassroots football; you’ve done Harrogate proud.

Steve Pottinger: You Ask Me Where I Want to Live, My Love…