Members of the pro-choice campaign have started a petition to the City of York Council, demanding a Public Space Protection Order. 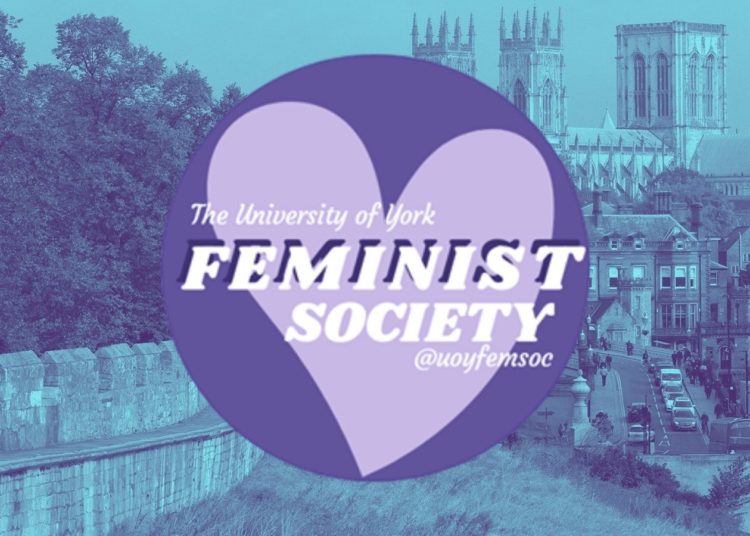 Reproductive rights have long been settled in Britain. Some 86 percent of the population believe that a woman should have a right to an abortion, and only 24 percent are in favour of making the time limit to decide to terminate a pregnancy shorter.

Yet recently this has been under attack in the city of York. A local group with ties to Texas-based anti-choice group ‘40 Days for Life’ has been protesting outside the British Pregnancy Advisory Service clinic in the city. In response, a number of feminist groups, have been organising counter-protests, with support from the University of York’s Feminist Society (FemSoc).

Members of the pro-choice campaign have started a petition to the City of York Council, demanding a Public Space Protection Order be instituted around all abortion centres, a measure which has already been implemented in Manchester and Ealing, London. Whilst this campaign is ongoing in York, a bill is in passage in the Commons in support of instituting such a ‘buffer zone’ around all centres across England and Wales. The bill passed at first reading with cross-party support, but still has to go through a series of votes in the Commons and Lords to be enacted into law.

I arranged a call with FemSoc’s president, Ellen Martin, to discuss the bill, and what the society had been doing more generally. Ellen described to me how she and FemSoc had been able to act as coordinators for the various groups who were opposed to the protests.

“No-one was coming together and it was a bit hectic, so, as we had links with lots of the students who were protesting, we hosted a meeting to figure out where we all wanted to go with this. We set the groundwork of what we wanted to do – people still want different things and that’s fine, and now we’re using Facebook and WhatsApp to give each other information and support each other”.

She relayed to me the difficulties of organising the counter-protest under current Covid-19 restrictions, particularly given that the coalition in support of the clinic was much larger than that of their opponents:

“With the rule of six, they can get away with being there, and it’s much harder for a bigger group who support choice to mobilise. You have to do risk assessments, to be in line with the guidelines, and it’s a lot easier for them to protest than for us to counter-protest”.

I asked Ellen about the legislation going through the Commons, and why action was only now being taken on this. One reason, she said, was that in the UK abortion has been “seen as a non-issue – you don’t expect to be seeing people campaigning outside of abortion clinics in England”.

I pushed her on this further, asking whether she thought that the legislation went far enough:

“I think that it can’t go much further because of populism. If it did, anti-choice campaigners would be able to use freedom of expression arguments. For any policy to go further would be detrimental to what it’s done so far, and you’ll just polarise opinion even more”.

This was crucial in Ellen’s view. Any moves had to be carefully calibrated to maintain the broad base of support which general pro-choice positions held. This pragmatic approach was central to the campaign in York, and one of the reasons that Ellen did not see any reason in actually directly confronting the protest:

“I think that these debates are honestly fruitless, because it’s so polarised that trying to find nuance in it doesn’t help. All that you can do is try to protect people who want to have abortions as much as you can without centralising them in the debate that can end up being really stressful”.

I asked Ellen why she thought that legislation regarding so-called ‘women’s issues’ – buffer zones, upskirting, and domestic violence – was only being enacted now, even though they had cross-party consensus. Ellen agreed, that “Stuff like upskirting laws and buffer zones for abortion clinics should have been around for years”.

The internet, and recent movements such as #MeToo and #TimesUp, has exposed the holes in existing legislation, drawing attention to horrendous acts against women which at the time were still legal. I asked Ellen what she thought would need to be addressed next, in order to strive towards gender equality in the UK. She paused, and I could see her thinking about how best to phrase her answer:

“I think that the biggest struggle that needs to be addressed, even before a legal push, is trying to engage everyone. Feminism is everyone’s issue; the patriarchy literally harms everyone, just in different ways.”

With regard to legislation, her view was that protection of the socio-economic rights of potentially vulnerable women dependent on their husbands’ income was long overdue. She expressed her hope that the feminist movement could help to bring such protection into law.

For Ellen, a key aspect in this struggle for socio-economic rights, was ending austerity:

“Ten years of austerity has really led to the failure to implement protection of rights. When it comes to domestic abuse, scholars have directly linked it to austerity. The people to implement this policy are there, but the money to help them isn’t.”

This was in many ways the crucial point. Feminism could not simply be pigeonholed as a women’s problem, or a niche issue. Ensuring equality for half the population was a society-wide endeavour, and achieving those goals could bring a more just society for all. Protecting reproductive rights is an important step in ensuring that equality.

Ellen made the interesting observation that “We’re probably in the legislative phase that second wave feminism wanted, but in the thinking of fourth or fifth wave feminism”. If the clear cross-party consensus to progress on these issues is utilised further, then that legislative phase might catch up sooner than we think.