With inflation far outstripping the pay offers being made to workers, it’s unlikely this latest strike ballot will be the last. 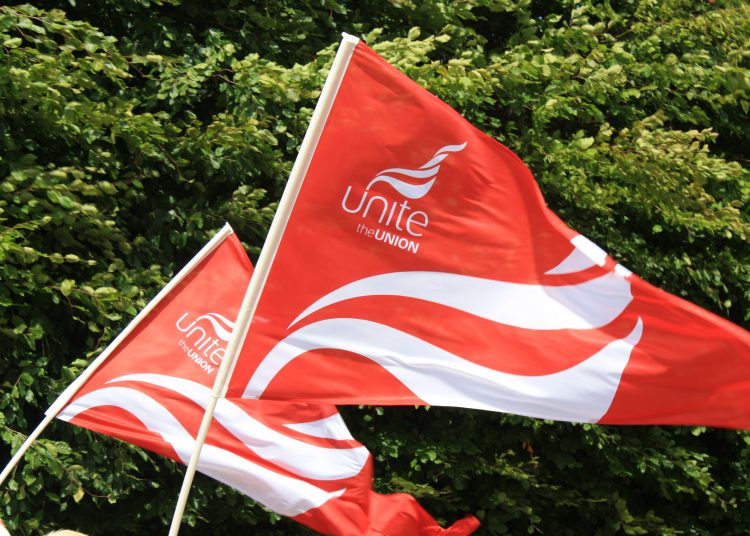 Unite the Union, by Andrew Skudder on Flikr

Workers at the Thirteen Housing Group, which has over 35,000 properties in Yorkshire and the North East, are today being balloted as to whether they want to take strike action, after they were presented with what union members describe as an “insulting” pay offer. This offer was considered particularly inappropriate given the fact that the chief executive pockets £215,000 a year.

Members overwhelmingly rejected the previous offer of a 3 percent pay rise. Unite the Union point out that when compared with the 9 percent rise in the cost of living (which is set to rise even further) this offer is simply “unacceptable”. With inflation at a 30-year high and energy bills spiking, it is unsurprising that the workers find this offer insulting.

The ballot on strike action will be open until 5 May.

The proposed offer would give the workers an extra day’s holiday on their birthday. But it would also increase the contributions they make to their pension. The combined effect of the pay and pensions changes could leave some of the workers about £1,000 worse off a year.

“It is simply unacceptable that with bills rocketing, Thirteen Housing Group is asking our members to take a pay cut while putting more into their pension. These proposals will leave many £1,000 out of pocket this year, which Unite will not agree to.

“The employer needs to think again and table a more acceptable offer to our members who have Unite’s full support in their fight to win a fair deal.

“Since 2019 our members have received no more than a 2.8 per cent increase to their wages in total while Thirteen’s CEO, Ian Wardle has received a 27 per cent jump in his £215,000 a year salary.  He’s among the best-paid housing association CEOs in the country.

“The contrast with his team’s pay offer for our members is insulting.” Housing is far from being the area affected by the cost-of-living crisis. Workers across all sectors are experiencing significant financial hardship this year, after the government removed the price cap on energy bills, introduced an increase in national insurance contributions, and failed to take action as inflation soared. There are many contributing factors to this crisis, including the war in Ukraine, the impact of Brexit, and the fallout from the pandemic. But with people now faced with impossible decisions on how to pay their bills, it is unlikely that this will be the last time strike action like this is called for.

Speaking on LBC radio last week, Dave Ward, general secretary of the Communication and Workers Union, said that given the current situation, he wouldn’t rule out a general strike. “If not now, when?”