At Sandal Castle café Jimmy asks is 'new normal' a thing or a process? Did the PM confuse 'freedom day' with the movie Independence Day? 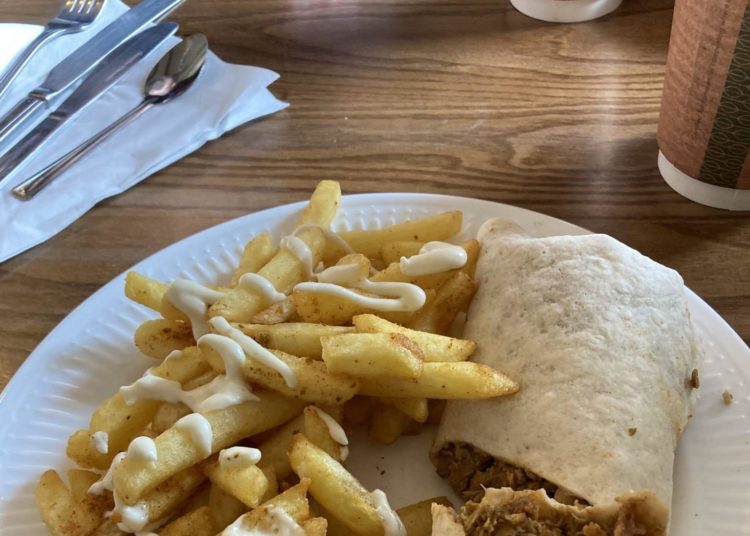 Tell me this doesn't look a bit like a pie. Photo by Jimmy Andrex

Is ‘new normal’ a thing or a process? Does it go well with fries? Did the prime minister confuse ‘freedom day’ with the movie Independence Day? We live in a time of false starts. The PM calling the 19 July relaxing of Covid-19 restrictions ‘freedom day’ wasn’t the brightest idea from a man to whom crass stupidity comes as naturally as breeding.

The comedown, handily, took the form of a blazing planet that had the barefaced cheek to incinerate countries on the Green List, thereby frustrating TEEMGEEBEE’s ill-conceived plans for escaping the covid doldrums.

In fact, if it weren’t for Tom Daley’s freestyle knitting, our house would have resembled a mausoleum showing repeats of Montalbano. And even that would be an ineffective palliative, given the record temperatures in Sicily. I’d be anxiously scanning the perpetually peckish detective’s head for suspicious lesions.

It’s a wrap at the Sandal Castle Café

However, relief arrived in the form of comfort food in my favourite café. Not a pie as such, but a Castle Café chicken tikka wrap with fries. A portion that could sustain a family of six. Seasoned fries. The sort you hoover up like Sly Stone quaffed white powder. The sort that induces euphoria tempered only by the guilty notion that if you don’t complete an Ironman triathlon by evening you will actually die.

As these first world demons flapped their handbags at each other, a sliver of coherence edged in: I was eating inside for the first time since last March. I wasn’t anxious, I wasn’t getting annoyed that pensioners can’t follow simple instructions, and I wasn’t scanning the room like Jason Bourne for people who look ‘infected’.

Coming out of lockdown

Is this what it’s like, then, coming out of lockdowns? Not a huge party, more like trying to swim in the sea at Scarborough: all in at once will probably kill you; taking it a bit at a time takes ages and is much less fun than advertised.

In our house, we’ve forgotten already the little things that were big things. What time’s best for the tip? Does that garden centre café do sandwiches? Are the toilets open?

Clive James once said that taking things for granted isn’t a sin: if we weren’t able to take things for granted, every moment would be filled with euphoric bewilderment and we’d be so busy wondering at the present, we’d never have head space to make the future.

A false start isn’t ideal, but at least it’s a start, even if you have to go back to the beginning. This wrap, however, is as juicy and comforting as a pie. It even looks like a pie. So, I declare it a pie.

As always, apologies if you’re vegetarian. Unless you’re Hitler.