ADVERTISEMENTCan a Wakefield pie heal an ailing nation? Last Sunday I saw a pig’s penis. Now I can’t unsee it. They are actually shaped like a corkscrew. I thought it was an urban myth, you know, the stuff teenage boys say to each other because they can’t talk to girls.  Like when a kid told […] 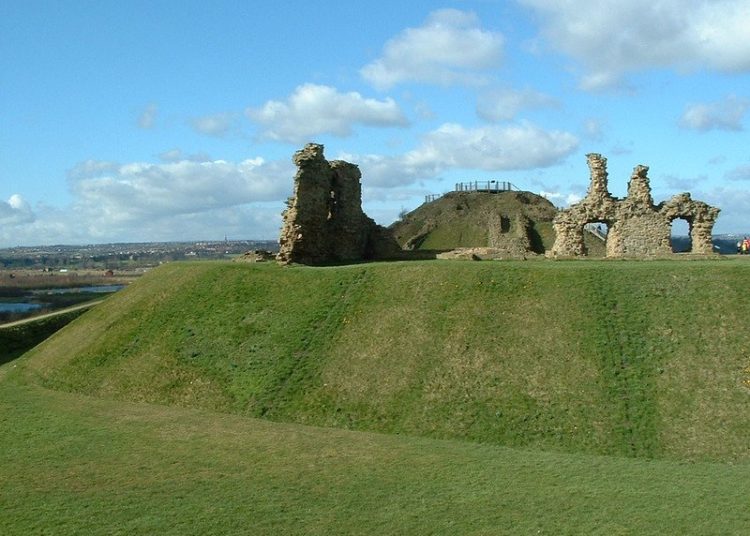 “Sandal Castle, Wakefield” by puffin11uk is licensed under CC BY-SA 2.0

Can a Wakefield pie heal an ailing nation?

Last Sunday I saw a pig’s penis. Now I can’t unsee it. They are actually shaped like a corkscrew. I thought it was an urban myth, you know, the stuff teenage boys say to each other because they can’t talk to girls.

Like when a kid told me at middle school that if you can’t whistle by the time you’re 12, that meant you were gay. Or when a lad at university told me if a man doesn’t have sex by the time he’s 18, something festers and the tip of your penis drops off. And he was a biology student.

Or how the voters of North Somerset (MP J Rees-Mogg), only vote conservative because Labour leaders haven’t been socialist enough.

Mind you, whilst this slimy spiral of porcine arousal may have held me morbidly transfixed, it wasn’t the queasiest thing I saw last weekend.

That honour went to the spat between Dominic ‘Specsavers’ Cummings and the Boris “let the bodies pile high” Johnson. My therapist can speculate as to why a Gloucestershire Old Spot’s spiral of tumescence made me think of the prime minister.

This exclusive tussle was about how Mr Johnson wanted better wallpaper in 11 Downing St and 30K wasn’t enough. About how he’d expressed a preference that “bodies could pile high in the street” rather than shut Weatherspoons. About the PM giving preferential tax treatment via personal texts to a Tory Party donor who sells hair dryers when faced with a need for ICU ventilators.

Oh, I know, you’re sick of all this and that’s the problem. The last 18 months have been so traumatic that our collective capacity for morality has been compromised. The PM and his chums lie so blatantly that we don’t notice. They’re so openly corrupt we’ve just got used to it.

The solution is a pie from Sandal Castle café.

A mix of beef shin (which melts into the sauce) and beef brisket (that is tender but holds its shape) is cooked low and slow for 12 hours in a rosemary and red wine gravy then baked in a thyme short crust to create pie heaven.

At this point, I apologise to my many vegetarian and vegan friends, but I contend that if an animal has to die then at least the food made out of it can be lovingly prepared, locally sourced and served up by a family business that pays UK taxes.

Plus, this pie represents hope and healing in an ailing world. The pandemic has, as well as everything else, caused a mass, secondary, outbreak of unresolved grief. Principally the hundreds of thousands of extra, otherwise avoidable deaths of loved ones, who’ve died, not just of Covid-19 but of all sorts of other things the pandemic has stopped the NHS from addressing. If that weren’t bad enough, restrictions on funerals have bottled up millions of people’s grieving processes.

But Covid-19 grief goes even deeper. We feel a sense of loss for the people we haven’t seen, for shops we loved that are no longer there and for places where we once loved to spend our time.

For about three years I virtually lived in the Castle Café. It was my office. Its presence, along with the friendly, family nature of the business, transformed the former visitor centre into a cosy hub full of dog walkers, mums with toddlers, and the odd itinerant artist producing (as one person put it on Twitter last week), “insane gibberish” such as this article.

The displays on the walls are the same as in its previous, pre-austerity incarnation. Everything I know about the Wars of the Roses is from these panels. Starbucks would not have done this. Starbucks also wouldn’t offer a full English, beans on toast (surely the crack cocaine of comfort foods), or a steak pie special so good you can live off it for two days.

Just before the first lockdown happened, we went in for a coffee and it felt like we were about to lose a loved one. Now, open for eating outside and blessed with clement weather, they’re serving a limited take-out menu, but it feels different and better.

Full of AstraZeneca’s finest, I don’t get anxious around other customers any more. I do, however, still get frustrated that people can’t follow arrows.

As a nation that tolerates a porcine morality fiasco like the PM, we don’t really deserve a break. But once you’ve brought home a Sandal Castle pie and warmed it up in the oven, the world has improved by the sort of tiny marginal shift that is the stuff of a better world and you can set about your next session of aversion therapy with a fresh spring in your step.

After all, it worked in A Clockwork Orange. Sort of.