These sorts of natural disasters were meant to be a once-in-a-generation event. But with catastrophic flooding events now seemingly an annual fixture – and ten of the driest summers occurring in the past 20 years – communities are having to rebuild their lives and their industries time and time again. 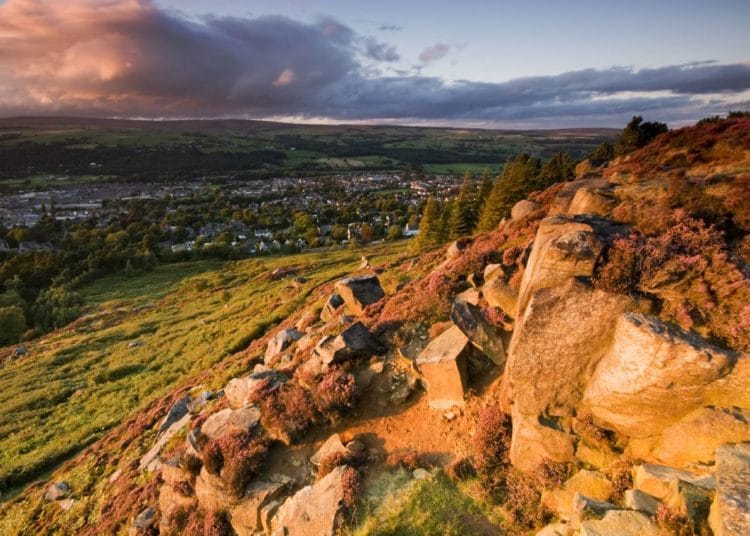 Quarry #2 by tricky (rick harrison) is licensed under CC BY-NC-SA 2.0

Last week’s Extinction Rebellion protests once again saw images in the media of climate campaigners protesting in city centres while people tried to do their work around them, look after children or find somewhere peaceful to have a sandwich in their lunch break. The protests shone a spotlight on the increasing divisions in our society. West Yorkshire has an opportunity to learn from these protests and do things differently, by building consensus and embracing policies that make it easier for people to be ‘green’.

Last month, Storm Francis brought heavy rain, wind and flooding to our region and, as storms from the Atlantic continue to grow in number and strength, more and more of us are beginning to experience the devastation of climate change.

These sorts of natural disasters were meant to be a once-in-a-generation event. But with catastrophic flooding events now seemingly an annual fixture – and ten of the driest summers occurring in the past 20 years – communities are having to rebuild their lives and their industries time and time again.

As in many other parts of the world, people here in West Yorkshire are desperate for a plan that protects their environment and jobs. Ten years ago, the UK was leading the world in the transition to the green economy, with a plan – under the previous Labour Government – that was underpinned by the Climate Change Act. However, a decade of cutbacks and failures on the environment mean that we have not made the progress that we need. Funding for green energy has been slashed, projects have been cancelled and new clean industries have been left to rot.

There is no better example of this than here in Yorkshire. In 2009 we were on the cusp of becoming the world leader on carbon capture and storage (CCS). This technology would have ensured we met our environmental targets for electricity and heavy industry by 2030, and would importantly have delivered 4,000 new high-skilled jobs to the local economy. But the Tories refused to invest in developing the industries that have the potential to sustain lives and jobs in our region.

I led the Yorkshire and Humber CCS programme for several years so I share the despair of many who feel there is no real plan today to tackle climate change. I also recognise the reasons why so many are now taking to the streets in protest.

As a father of two very young daughters, I also feel a keen sense of duty to ensure that we don’t leave an insurmountable problem to future generations. Climate change and environmental degradation are manmade problems that we have a responsibility and a duty to resolve. I firmly believe that the devolution deal for West Yorkshire finally gives us an opportunity to tackle these problems outside of the politics of Westminster.

Firstly, we can protect communities here in West Yorkshire from flooding and other major climate events by accelerating the pace of projects and programmes to enhance our natural landscape. We already lead the world in terms of natural flood management, using new techniques that have been pioneered by a volunteer-led community group called Slow the Flow. This Calderdale-based organisation have been working very closely with the National Trust to construct water storage areas on hillside farms so that when there is a storm, the water is held there rather than flooding the homes and businesses in the valleys below.

West Yorkshire also has made one of the largest commitments to planting new trees anywhere in the UK. The White Rose Forest initiative, spearheaded by Kirklees Council, is committed to planting the equivalent of around 3,000 football pitches worth of trees over the next five years. While most of this will be on farms and public land in the uplands where they can also help to prevent further flooding, the council is also enabling more planting of trees on streets, in allotments and in other urban areas through the Green Streets programme.

Meanwhile, in Wakefield the council has already planted 15,000 trees as part of their bold new plan to become carbon neutral by 2030. These projects could be quickly enhanced and scaled up through investment as part of the devolution deal for West Yorkshire, in particular to ensure that there is funding to enthuse, train and support young people to get into jobs in forestry or moorland management.

Secondly, we can put in place a clean and green transport system that also delivers new jobs. In Bradford and Calderdale, a community group has been campaigning successfully alongside local councillors to convert the disused Queensbury Tunnel into a cycle track. With funding set aside for West Yorkshire to develop a transport system that connects the different communities together, this could form a key part of a cycling superhighway connecting Harrogate to Holmfirth.

Electric bicycles, cars and buses could all help to reduce the air and noise pollution that is so badly affecting health in and around our residential areas and schools. It also presents an opportunity for West Yorkshire to accelerate the development of our region as the world’s first hydrogen economy – powering cars and buses, while heating our homes with little or no pollution.

With many more people in highly skilled jobs working from home for the foreseeable future, there is also an opportunity to move our focus away from commuter roads and instead look to invest in a mass transit system. This would connect the outlying towns and suburban areas of Leeds and Bradford, providing affordable and reliable transport for those key workers who keep our hospitals, schools, care homes and supermarkets running.

Hydrogen and mass transit infrastructure would create thousands of jobs and raise the aspirations of millions of people. It would also require significant long-term investment, and works that will cause disruption over many years to people’s lives – and would require large-scale adoption by residents to justify the cost. In short, it will only be delivered if there is buy-in from people everywhere in West Yorkshire, and this will require a major consultation that takes into account their aspirations and needs.

My suggestion is that the new mayor sets up a West Yorkshire citizens’ assembly in June 2021. This would be similar to the group that was brought together in Leeds last year to devise a set of environmental recommendations. The citizens’ assembly would be made up of a representative mix of over a hundred people from across West Yorkshire and would have the freedom to look at next generation options for mass transit, such as the automated car tunnels that are currently being tested in California.

The assembly would also have the capacity to work out the third element in the climate change challenge: namely, how we develop a sustainable spatial plan to use our land in the most efficient and effective way. This would include reforesting upper water catchment areas, building climate resilient homes, growing healthy food, and creating space for the wildlife and insects that are essential to our very existence.

It seems reasonable to expect developers to build homes that protect us from the increasingly extreme temperatures and storms that we are experiencing in the UK. Existing disused shops or office blocks should be repurposed as housing. And it makes sense to invest in the management – and protection – of the green areas around our towns and cities as a way of ensuring the health of our communities today.

However, over the past twenty years, local and national politicians and policy makers have found it nearly impossible to devise a planning system that meets all those needs. In large part, this is because of the practicalities of mobilising and supporting millions of people, the majority of whom do not have the luxury of time or resource to be able to make decisions that are purely based on saving the planet.

West Yorkshire devolution provides a once-in-a-lifetime opportunity to make these long-term decisions about our future. The vast majority of people here are motivated to get the best for their family and the best for our community. This includes preparing for a more extreme climate, preserving our habitat for future generations and generating new industries and jobs. The West Yorkshire mayor will only be able to deliver on this if the space is created for our region to arrive at a consensus about our future.