Since lockdown, we have all been showing more interest in what we eat by buying locally and preparing meals at home. 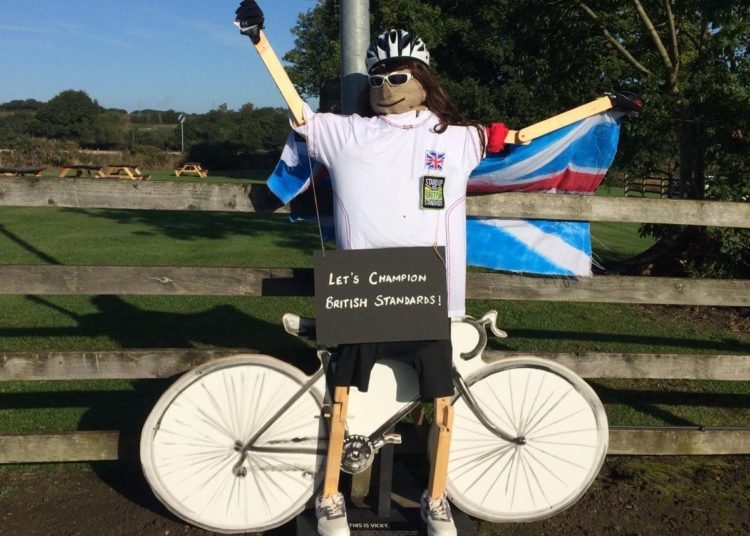 James sits on my doorstep and has a cuppa and a chat when he delivers my supplies from Blacker Hall Farm. He’s good company as we talk through how the increased trade is affecting his work life and the farm shop. He reminds me that the vast majority of their vegetables, fruit, dairy and meat are produced in Yorkshire. Quality stuff.

Since lockdown, we have all been showing more interest in what we eat by buying locally and preparing meals at home. Apparently, we like the experience of farm shops, the quality of seasonal fruit, salads and vegetables they offer and the fact that the vast majority of it is produced here in Yorkshire, or at least in this country, with just the exotics such as avocadoes and peppers being imported.

Asking around other farm shops across Yorkshire I received a similar response. All of them have had to adapt their operations within their store as well as branching out into click and collect and home deliveries. Now they are busier than ever.

Helen at Cranswick Farm shop proudly told me, “Not only is the vast majority of our meat and vegetables British, but most of it is grown in Yorkshire”.

Keelham Farm Shop has a one-stop shop offering loo rolls and tins as well as dairy, meat and veg. “Our local quality produce is really appreciated by our customers”, said Nadia.

Farmer Copley at Pontefract said, “We are all more aware of the decisions we are making with regard to our food choices”. Having found our local farm shop, many of us are keen to make full use of what they have to offer.

At Blacker Hall, Tanya is very proud of the quality of their produce. She is however concerned about the future after 31 December. If there is no satisfactory trading agreement made with the EU, the UK will then have to deal with all countries under World Trade Organization rules. She sees this as a step backwards, impacting on the health of us all and a retrograde move for farmers.

On Monday, the agriculture bill will return to the House of Commons, with a Lords amendment to ensure that all imported products comply with UK standards. In recent weeks, we have seen farmers demonstrating in support of this amendment, including in Rishi Sunak’s constituency in North Yorkshire where farmers have taken their tractors through Northallerton and Stokesley. But despite this being what the majority of people want, and what we’ve been promised, Conservative MPs have been instructed to vote down this amendment.

In 2017, around 53 percent of farmers are believed to have voted for Brexit, but now there is a growing realisation among them that the “oven ready” deal with Europe is actually a dead duck, and the promises made before the referendum were just so many feathers, now blowing away in the wind.

To highlight their concern to customers, Blacker Hall have ‘Vicky the Cyclist ’ at their gates with her message “Let’s Champion British Standards” reminding everyone that “Unless we act [on ensuring the amendments are passed on the agriculture bill] trade deals with countries like the US could undercut our farmers and put poor quality food on British shelves”. This would affect the food on our tables, our health, our environment and our farmers. We need all of these standards to be maintained, as promised.

A direct comparison is not possible, nor is a correlation of facts necessarily accurate, but in the USA cattle are routinely fed growth hormones and antibiotics in order to increase their weight gain and therefore shorten their time to slaughter; rather than ensure they have a healthy life, chickens being processed for the table are treated with a chlorine rinse. And US farmers have access to agrochemicals to apply to their crops, which are not available to British farmers, on health grounds. There is far greater incidence of food poisoning in the USA than in the UK.

Since the 1950s, farms across the UK have increased their output to feed the nation. Increasingly farmers are letting the worms turn the soil rather than the plough. They are aware that healthy soil equals quality plants and therefore high standards of food on our tables. As my father used to say, “We farm as though we are going to live forever – and drop dead tomorrow”, so investing time, thought and effort into all farming practices now ensures the land is sustained and productive for generations to come.

Consumer groups, farmers and environmentalists are pressing the government to honour its manifesto pledge not to undermine our food standards with low-quality imports in a post-Brexit trade policy. Indeed, both the Environment Secretary George Eustice and the International Trade Secretary Liz Truss have previously insisted they will not relax our standards. But earlier this year, Eustice refused to guarantee this, and this week, Truss reneged on her promise rejected calls to uphold farming standards, as “enshrining standards on the statute book would risk disrupting UK trade with developing nations”.

Farmers have forever been flexible in responding to demands of consumers, developments in farming practices, political decisions and climate change. At this time of crisis, in the UK as well as across the world, it is even more important that we get our agricultural policy right. The pleasure many of us are experiencing from shopping and dining from our local farm shop, should become normal. Quality healthy food should be there for us all, not a luxury. The standards from field to table provides the health of our nation. Something to be protected at all cost.

Magna Carta: a dream to cling to for the common people?