Hospitals are struggling to cope with demand, after a decade of underfunding before the pandemic even started 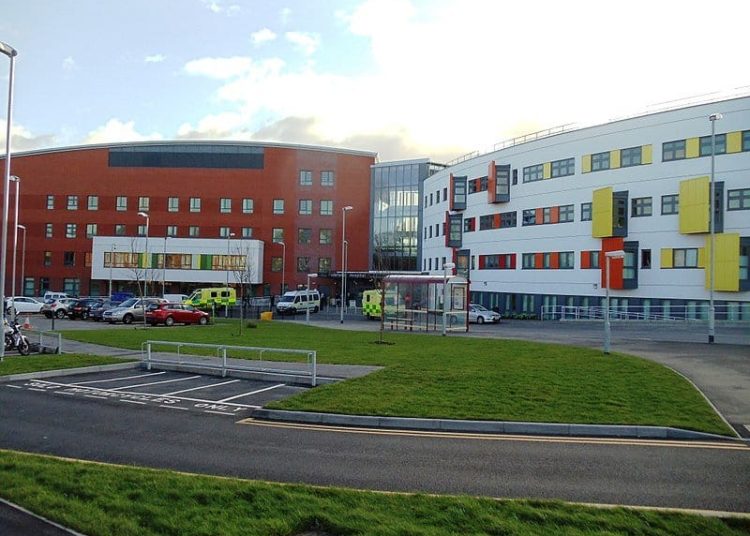 Not a week goes by without the NHS being on the front pages. This week is no exception, with the Independent reporting that Dewsbury Hospital is suspending all inpatient surgery from today.

According to the paper, the decision was made due to pressure on beds in the emergency department at nearby Pinderfields Hospital (with between 25 and 50 patients waiting for a bed at any one time, causing serious overcrowing in A&E). Wards at Dewsbury Hospital will be converted to take sick medical patients from Pinderfields Hospital.

Hospitals buckling under the pressure

The latest figures from NHS England (reporting monthly A&E attendances and emergency admissions) show that waiting times in July were rising exponentially. The British Medical Association (BMA) reckons that “between April 2020 and June 2021, there were 3.66 million fewer elective procedures and 28.35 million fewer outpatient attendances”. It says, “The total waiting list currently sits at an alarming, record high 5.45 million and continues to grow”.

With this backlog continuing to accumulate, it’s storing up greater problems for the coming months, as we move towards winter and the usual pressures of seasonal illnesses like flu. Summer is supposed to be the easiest season for the NHS.

Current NHS pressures come after a decade of underfunding

What’s adding to the problem is the increase in demand over the last decade. The Health Foundation’s 2018 briefing ‘Emergency hospital admissions in England’, suggested that the number of patients admitted urgently to hospital increased by 42 percent over the previous decade. One in three patients admitted to hospital in England as an emergency in 2015/16 had five or more health conditions, up from one in ten in 2006/07.

So, whilst covid has created very real challenges, the NHS hardly went into the pandemic in a buoyant state. In fact, the BMA claims, “Prior to the pandemic, the situation in A&E was increasingly catastrophic with demand soaring, the number of trolley waits being highest on record and performance against the four-hour target reaching an all-time low over the past winter”.

This presents a huge challenge for not just the NHS but for the chancellor, Rishi Sunak. He’s promised a spending review this autumn that will include spending for health and social care for the next three years. And that’s the critical bit politically, as the decisions taken now will impact on the next general election. Sunak may well understand the political imperative to get this right, but Johnson – with his love of bright, shiny infrastructure projects – may not.

Chris Hopson, chief executive of NHS Providers, is only too aware of how crucial this spending review is. He wrote recently in the Guardian that, “Frontline leaders cannot provide the quality of care patients need, and deliver the government’s manifesto commitments, unless they are properly funded to do so”. He also stressed that you can’t build 40 new hospitals “without the right capital funding”.

The NHS has long been kicked around like a political football. In the run up to the 2016 EU referendum, Vote Leave’s claim that “we send the EU £350 million a week – let’s fund our NHS instead” was the centre stage of their campaign. The NHS is increasingly finding itself in the spotlight in general election campaigns too – such as in 2015 and 2019. Now, social care is joining it as a massive area of concern: an issue that has been ducked by successive governments.

Meanwhile those waiting for surgery, for routine appointments, or for an ambulance are suffering. The Independent reports that “1 million 999 calls were made to ambulance services in July, the most ever recorded”. Two weeks, ago it was reported that nine out of the ten ambulance trusts in England are now operating at their highest level of demand – level 4 demand, previously known as a ‘black alert’. Little wonder that military staff are being drafted in to help.

Also little wonder that a once-jubilant Johnson is a little more muted these days. So-called ‘freedom day’ has come and gone, but for many beleaguered hospitals and for our NHS heroes, it never arrived.

For many MPs, the thing that will be arriving is angry constituents who have suffered at the hands of an overstretched and under-resourced NHS. Tory MPs in former red wall seats have the added Brexit bonus of the loss of EU structural funds – estimated to be up to £1bn across the country as a whole, and £500,000 in the Midlands and the North.

Golden boy Sunak is going to have to pull something very special out of his Treasury hat this autumn to satisfy the demands of red wall Tories and the expectations of the electorate on healthcare. Between now and then will be the very real possibility of some major avoidable tragedy – indeed, tragedies – for families up and down the country.

We went into this pandemic with a seriously overstretched health care system – 18 months on and it’s a surprise it hasn’t just collapsed under the strain. As Chris Hopson reminded us in his Guardian piece “between 2010 and 2019, the NHS suffered the longest and deepest financial squeeze in its history. Funding rose by just 1.4% a year on average”.

Ten years of Conservative austerity measures are hitting home in the most awful way and to the most vulnerable, just as they were always going to do. Let’s just hope that Tory MPs remember them rather than some local vanity project – and voters need to remember who is responsible for this mess.