Despite devolution deals being rolled out, the continued reliance on central government was brought home with the announcement that the government will need to step in to keep trams in South Yorkshire running. 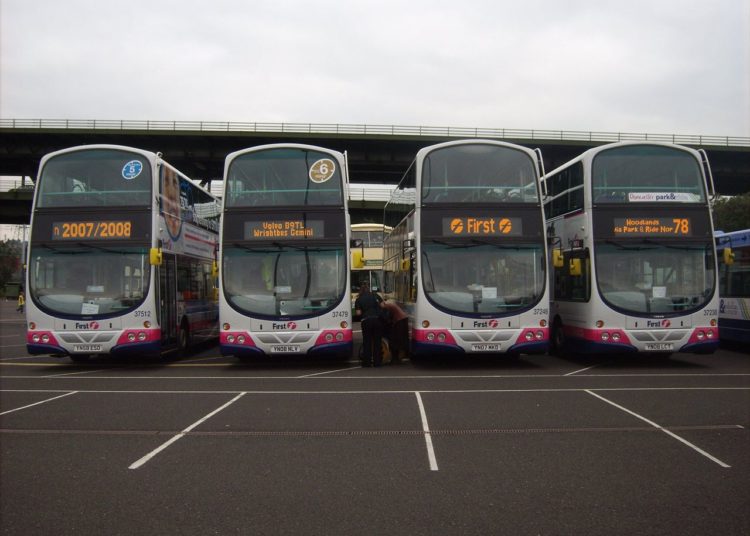 The order creating Yorkshire’s first devolution deal was finally signed on Monday by Simon Clarke, minister of state at the Ministry of Housing, Communities and Local Government, after five years of dispute between the four local authorities of Sheffield, Barnsley, Doncaster and Rotherham. Originally signed in 2015 it collapsed in 2017 when Barnsley and Doncaster signalled that they wanted to be part of a wider ‘One Yorkshire’ devolution deal for the entire region.

But despite devolution deals being rolled out, the continued reliance on central government was brought home with the announcement that the government will need to step in to keep trams in South Yorkshire running. Dan Jarvis, Sheffield City Region mayor, told the area’s combined authority that he was concerned that the emergency funding “that is keeping our tram services running” is due to expire on Monday 3 August.

The Yorkshire Post reported the South Yorkshire mayor as saying at the meeting:

“I want to assure members and the public that I am pressing the government for further funding, along with other metro mayors … Clearly we do have to plan for a scenario where we don’t get the financial support that we need. We should take nothing for granted.”

The issue of funding for key services during the pandemic is a continuing headache for the government. Buses, light rail, trams and trains have had to keep running during the height of the pandemic to ensure key workers got to their places of work. But passenger use has dropped by 90 per cent on average, with a resulting loss of revenue. The Department for Transport is currently reviewing the case for support of light rail schemes beyond 3 August but the likelihood of a second wave of Covid-19 will no doubt be weighing heavily on the extent to which the a bail out can last.

Even if there is no second wave, local authorities and transport operators are having to consider the fact that passenger behaviour may have changed forever. The crisis has affected all forms of transport, from cars and public transport in cities, to buses, trains and planes nationally and internationally as reported recently by the International Energy Agency. The government messaging has also been confusing – telling commuters for months to avoid using public transport to suddenly announcing that, as of 17 July, anyone can use public transport in England.

The extent to which the public feels that using public transport is safe is largely unknown. The fact that most buses, trams and trains outside of London remain empty is telling. How much will that change from 1 August, when employers can use their own discretion about allowing their employees to continue working remotely or require them to come back into the office?

It is an issue too in West Yorkshire, where council leaders met Monday to discuss taking back buses into public control. The future of bus provision in this part of Yorkshire is now up for grabs, with the announcement that First West Yorkshire and the other First bus operating companies are up for sale. Yorkshire Trades Union Congress (TUC) has been urging the combined authorities in West Yorkshire to take the bus back into public ownership with their Better Buses for Yorkshire campaign:

“The privatisation of buses has been a total failure. Outside London, passenger numbers have fallen by half and average prices have risen 35% above inflation since the 1980s. It’s a shambles for passengers, but it’s great for bus companies and their shareholders who’ve made serious profits. Under the 2017 Bus Services Act, West Yorkshire’s council leaders have the power to take buses back into public control through franchising – but so far they’ve failed to act”

It does appear after Monday’s meeting that indeed council leaders are seriously considering taking back control. They recommended that the combined authority approve spending of up to £150,000 to provide support to understand the issues and develop a preferred way forward, to “utilise the powers in the Bus Services Act to secure a greater level of influence in bus service provision”. Whether this means the end of privatisation is yet to be seen, but it would certainly be a popular decision for many, and any prospective West Yorkshire mayoral candidate would do well to have this as a campaign pledge.

Of course, public ownership of transport makes sense when it is well used by people and crucially can fulfill an objective of getting people to where they need to be – work, home, hospital, school, friends, leisure. It is not much use taking back into public ownership a service that no longer does these things. Post coronavirus this will be the great unknown: how much will people will be staying in their localities (working from home, shopping locally) and needing transport services less?

Sheffield Supertram’s managing director Tim Bilby has said the service will play a key part in the region’s recovery. “It will be vital that the system has the resources it needs to seek to restore the service towards pre-pandemic levels when there will likely still be conditions which will change how people live and travel”

One of the key challenges now is to reassure people that it is safe to travel by public transport to ensure continued use of the service. And a long-term goal has to be to get people out of their cars if we are going to really address the climate emergency that is facing us. However good our mayors are, the only real way to solve that is through central government who now need to show they have a clear plan for the future of well-funded and integrated public transport for all parts of the UK.

As the TUC have said in their report A Better Recovery for Yorkshire:

It’s vital that the government steps in to make sure bus and tram services continue during the pandemic. It’s also vital that we get people back onto buses and trams safely and then give mayors the full powers and funding to allow them to make sure that we get the integrated transport system Yorkshire is crying out for.