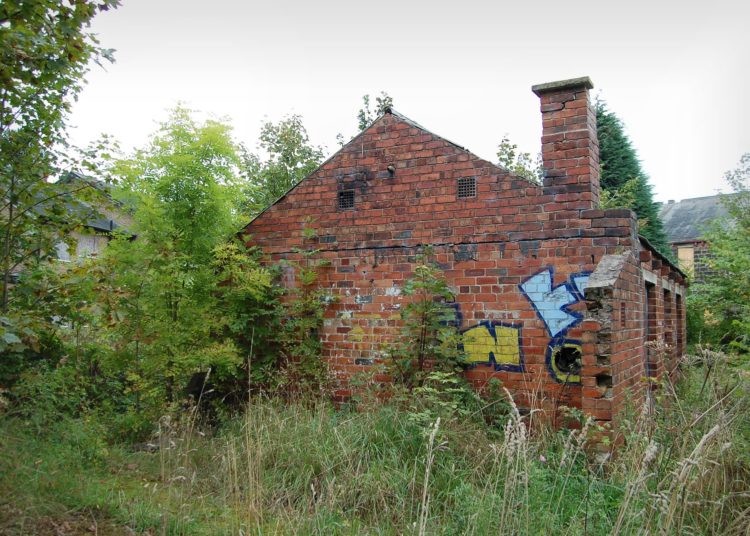 “Gardens Workshop” by tj.blackwell is licensed under CC BY-NC 2.0

My experiences during my work as a technical officer within a council housing grant system, and while I was a building clerk of works for a local city property serviced department, certainly showed me how very much better off I was than many. People with nothing have no idea how the rich manage to spend their millions, and the rich have no idea how people get by on tuppence. Some of the homes I visited showed what poverty and deprivation really looks like.

Several of the homes I would visit had filthy half-naked children running about in filthy rooms where the carpet was covered with rubbish and all too often animal excrement. Invariably, the parent would be clashed out on something, and I wouldn’t be unable to get a coherent conversation.

Contractors are a very hardy bunch, and are prepared to work in conditions where others would never tread. This means they are often the first to identify extreme poverty and take the necessary steps to get help for the people concerned.

I recall one team of contractors asking me to check out a property, with a view to getting the tenants some sort of help, or perhaps moved into better accommodation or social care.

Signs of deprivation and poverty are usually visible from the outside of a house. These can feel like signs of impending doom as you approach the door. Rough, unkempt gardens with rubbish strewn everywhere, curtains closed … or, as in this case, an old blanket fastened to the inside of the lounge window.

I knocked on the door and an elderly gentleman opened it. I was immediately hit by the overwhelming smell. He had obviously not been in contact with soap for some time, or indeed a comb, razor or barber. He was wearing a paisley shirt and woollen trousers but they had been worn for so long that they had taken on a leather look.

On entering the lounge we found an elderly lady sat on the couch. She had no legs and was confused and upset that we were there. Between the couch and the fireplace were two buckets that were used as toilets; one was full the other half full. It was very difficult to breath in the pungent atmosphere.

I was in no doubt that the couple were in desperate need of help, and I referred the case to the council care department. They were soon moved out into a setting where they could be properly looked after.

For a grant to be successful, it had to include details of all the improvements needed in the house, to bring it up to a decent living standard. So I would have to inspect every room of a property.

I visited a house on one occasion and a woman answered the door. As I entered and went into the lounge/dining/kitchen area, I noticed a huge, overweight German Shepherd dog that was finding it difficult to move about. There were empty, licked clean plates all over the floor, and the sink was piled high with many more licked clean plates and crockery. It looked as though very little traditional washing up was done, and instead the householder just kept buying new plates. The dog obviously enjoyed all the leftovers.

Eventually I entered the master bedroom. As was often the case, the lights wouldn’t work, and once again there was a blanket fastened to the window. I stepped inside and waited for my eyes to become accustomed to the darkness, and to my shock I noticed a pair of grubby, decaying feet sticking out from under the bed covers.

I looked for some signs of life, but for all the world it appeared to be a body with a sheet covering it entirely except the feet. I stood there for ages hoping for some sort of happy outcome, but suspecting the worse. Eventually, and to my great relief, a man finally turned over with a groan. I never did see any other part of his body, nor did we enter into any sort of conversation.

The small adjoining bedroom that contained a pair of bunk beds had a rope fastened between the door handle and the banister rail so that the door could be tied shut. This case also went to a higher authority.

I visited another house that was occupied by a man who was in hospital at the time. Before he was released back to his home, I had to inspect it to assess his needs during recovery.

What we found was a house stacked with stuff from floor to ceiling. A very narrow passageway led from the front door, to the kitchen, downstairs toilet and lounge chair where he slept. There were piles and piles of papers and boxes.

We couldn’t get upstairs, but from the back garden we could see that the rear bedroom window was missing. Not just a glass pane – the whole window frame was resting among the brambles in the garden. The garden was so overgrown that the greenhouse was buried up to the very tip. I learned from the NHS officials that the occupant was a landscape gardener. It must have been awful for him to have allowed the house and garden to decay to that extent.

He never did return to his home, his family decided that he was better off in residential care. It might have been nice if they’d visited from time to time before it reached that point. But perhaps they did, and I’m being unkind. It’s possible he simply refused help until his health became so bad that the family could make the decision for him, which is often the case.

Many people slip through the net for all sorts of reasons. As a society, and as families, it is up to us to make sure we love and care for all our people, no matter how great or small to prevent poverty and deprivation.