True stories from ‘Norky’ who comes from Scapegoat Hill, a small, isolated farming village, high on the Pennines in West Yorkshire. You can catch up on his ramblings so far via his author page. This article is part three of a six-part series on the theme of male immaturity based on Norky’s childhood. 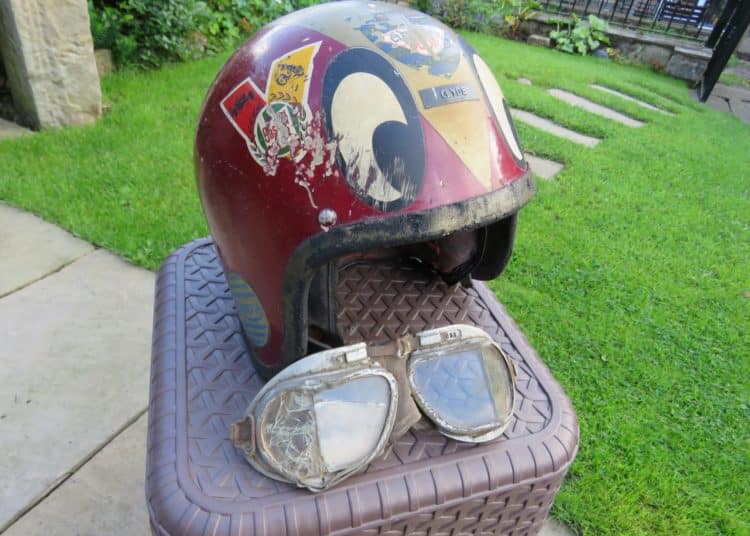 True stories from ‘Norky’ who comes from Scapegoat Hill, a small, isolated farming village, high on the Pennines in West Yorkshire. You can catch up on his ramblings so far via his author page. This article is part three of a six-part series on the theme of male immaturity based on Norky’s childhood.

Like many young people, I thought that I was quickly running into the ‘fast forward’ period where I wouldn’t have much time before the dreaded adulthood and old fart period set in, forever and ever. Little did we all know that adulthood is simply what we make of it and can be just as much fun as our youth but with more security and without the interest of the police. This insecurity of age is just a part of ‘growing up’.

I had many bike accidents. When I was late picking Moi up she knew that I’d come-off or had been run in by the police. Funnily enough, my worst road traffic accident wasn’t on a bike, it occurred when I was 17 years old. I was with a biking mate, Dooley, in an Austin A35 van owned and driven by one of Dave’s mates Brad. As there were no seats in the back of the van, I had to just wedge myself behind the front seats as best I could.

We set off for an evening of entertainment in Manchester, travelling over the Pennines and down into Lancashire. Brad misjudged a double bend. Truth is, he was racing another car driven by a friend of his that we had met on the way.

If anyone would consider taking up any form of racing, an Austin A35 van would never be your first choice, in fact, it wouldn’t be on the list at all. Brad just couldn’t resist the challenge. We got into a spin and hit a wall with the offside of the van travelling backwards, I was slung out of the back doors and the van continued over me. I was taken to Oldham Hospital and with help I was able to walk into casualty. But that was the last walking I did for four days.

I woke up in the middle of the first night busting for a pee, the nurses had thoughtfully left a bottle at the side of the bed, but I couldn’t move anything from the waist up. I was too embarrassed to ask for help of course, so it took me one and a half hours to reach and use that bottle. My bladder had expanded to the size of a bucket and I overflowed the bottle, but good grief, I don’t think I had ever felt so relieved during my previous 17 years.

Putting me back together

A couple of student nurses would make regular visits to make me welcome and listen to my funny accent. And a couple of grown up nurses – who reminded me of a very popular television program called Emergency Ward 10 – occasionally held my hand during the first night when I wasn’t feeling at my best. It almost made the whole episode worthwhile.

I received quite a lot of kudos and interest within the biking group after that. It would have been much better had I received the injuries while falling from a motorcycle, but I would soon be adding many other stories of heroic survival of the most breathtaking bike accidents when I cheated death only by inches. All true, if not just a little exaggerated.

X-rays showed I’d broken my elbow, and the orthopaedic consultant recommended a straight plaster cast. My arm was bent at the time and I found it very painful to move it at all. When it was time for the orthopaedic technician to straighten my arm, they must have assumed that it would prove troublesome, and the resident gorilla was on standby at the back of the room in case I kicked up a rumpus. Luckily, there was very little pain and the gorilla was not required, much to the relief of the technician who was very pleasant and apologetic, but was obviously more than a little concerned.

Back on my bike

I left Oldham Hospital after a few days, and attended Huddersfield Royal Infirmary for the remaining treatment. The resident orthopaedic consultant there wasn’t impressed with the straight cast and recommended fitting a bent cast this time. Again, the local gorilla was on standby just in case. But as before this wasn’t necessary and he was sent chuntering on his way.

I found that the bent cast was much more practical. And after I accidentally softened the bent section in the bath, I was even able to ride my bike again! I had to change my riding style a little and I couldn’t shift my weight around or stick my knee out quite as far as before, but I managed.

I’d copied this style from a bike racing hero of mine called John Cooper (Mooneyes). I seem to remember he was the first rider to develop a style where he would lean his body off the bike into the bends and stick his leg out and on occasion slide his knee along the tarmac. This is the style now used by all racing motorcyclists. Before Mooneyes, all riders sat squarely on the bike through the bends.

As I’m right handed, having a plaster cast on my right arm made many things awkward or impossible, but being 17 years old and ‘immortal’ I soon adjusted. I often got the sympathy vote from the young women and I was even able to continue playing darts quite well with my left hand. The two things that I was never able to quite get to grips with were combing my hair and wiping my bottom.

Luckily I recovered quickly, and after six weeks the cast was removed and I was near to full recovery. But I had a skinny, hairy right arm to build back up again and my neck took a couple of years to feel completely comfortable. Even after more than 55 years, I still get a twinge in my back that corresponds to the area of a tear in my suit jacket.

Brad’s father offered to pay for the repairs to my suit. No offer of a replacement or any other compensation though, and Brad’s insurance wouldn’t pay out either (apparently Brad didn’t pay for insurance that covered his passengers). I could have sued his ass and I probably should have, but loyalty has always meant a great deal to me.