This is part one of a six-part series on the theme of male immaturity based on Peter Norcliffe's childhood and his experiments. In this he talks about his love for biking. 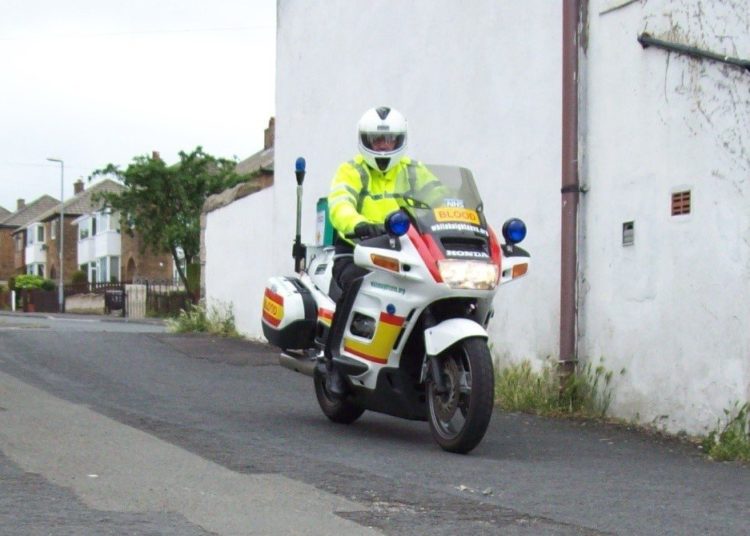 True stories from ‘Norky’ who comes from Scapegoat Hill, a small, isolated farming village, high on the Pennines in West Yorkshire. You can catch up on his ramblings so far via his author page. This article is part one of a six-part series on the theme of male immaturity based on Norky’s childhood.

The young do many things that would seem to be inappropriate. In my experience, boys are predominately the most guilty. I am somewhat of an expert in these matters as I’ve been a boy for over 74 years. Remembering back to my childhood and I now think “why did I do that?” Terrible twos, tantrum threes, flaysome (freighting) fours, fearsome fives and it goes on!

During one of my big sister’s playful moments, she told me that mum had seriously considered an abortion, but the doctor said that seeing as I had already started school, it’s a little late.

I won’t describe some of the things that I experimented with at around that age, safe to say that no one came to any harm. But if an adult had discovered what I was experimenting with, I’m sure there would have been concerns about my menace to society. Luckily I eventually grew out of it and slowly began to be civilised. That is until I became 16.

Many young boys do things that are antisocial and definitely inappropriate. If caught, the child is then made to feel guilty and steps are put in place to stop them doing it again. In my humble opinion, this often stops the child’s natural development into knowing right from wrong. I stress that even though others were sometimes involved, if anyone was hurt by my experiments, it was me.

There are many arguments on whether our personality is dictated by nature or nurture, and whether people are naturally evil or sociopathic. I cannot answer how these things develop, but I do know that many children, including myself, can be cruel and antisocial, but thankfully grow up to be almost civilised. Some of this obnoxious behaviour returns during puberty, as it did with me.

As a teenager, I had a great time with my many biking mates, but we were definitely laddish, and no doubt seemed threatening as a group. I can assure our readers that as far as I’m aware, no animals were deliberately harmed during the period of our combined puberty and youth.

Growing up and learning the error of our way

I never liked how the police were magically always around when I wanted to have fun during my early biking days. They made attempts to stop me doing it and I quickly resented their presence. I wasn’t good with any type of authority really – my bosses were always wrong, which didn’t do my job prospects much good. What I’m trying to describe in my clumsy way, is that foolish boys can eventually begin to see the error of their way.

I eventually realised that good driving isn’t fast driving, but safe driving. As this realisation dawned, I took an advanced driving course in first motorcycle and then car, eventually becoming an observer for motorcycle. An observer in the Institute of Advanced Motorists (IAM) is someone who helps trainee members through their IAM training. I also used this advanced skill as a rider and eventually Huddersfield manager of the blood product delivery system White Knights.

White Knights are a voluntary, out-of-hours blood products delivery service. At the time I was riding for them, we used former police bikes.

The main article photo is me on a Honda ST 1100 Pan European; very nice bikes. All our bikes retained their police call signs, and this particular bike was called ‘Concrete’ because when it was a police bike the rider rode it into a newly laid patch of concrete and managed to get it stuck. I know this is true because the sad photo is in the White Knights’ records, and no doubt it was pinned to the responsible officer’s locker, I can just imagine what abuse he got for that one.

We deliberately took on the appearance of police officers to be able to get through the traffic quickly, and Concrete still had its blue lights working so I used them during my urgent runs, perhaps I shouldn’t have, but I did, and I have to say, it was tremendous fun, and compensated for all the runs I did through the night.

Working with the police

To show how much we can grow up if given the chance, I even forgave the police for their earlier transgressions into spoiling my fun and I became a community volunteer, working exclusively with the police during event marshalling and public advice stalls and targeted area leaflet deliveries.

Marshalling in Holmfirth during the Tour de France in 2014 was a fantastic experience, thousands of spectators turned out. I had no idea that there was so much support and security involved. This photo shows only a small group of British police outriders, on their Bayerrische Motoren Werke AG (BMW) motorcycles, all seemed to be entering into the spirit by high-fiving the spectators as they rode past.

Perhaps they took the opportunity to smack the heads of a couple of those they recognised, but I didn’t witness anything like that; they all seemed to be having fun. The French police on their blue Yamaha bikes, on the other hand seemed a bit grumpy – no high-fiving from them. Perhaps they knew that they wouldn’t recognise anyone in Yorkshire to smack.

I also helped on the police information stall at the Honley country show 2014. I had done this sort of work several times and it’s always amusing how the public react to seeing the police when they don’t expect it. Most people are very friendly of course and will stop for a chat. Some amusingly will quickly and obviously avert their gaze and rush past.

Give boys a chance!

Given a chance, most people will grow up; boys just seem to take a little longer. It appears that when we become very old and our brain turns to mush, we regress back to our childhood. If this happens to me, I don’t envy whoever has to change my nappy, particularly if I’m not fed. I know I’ll be a very grumpy old git, there are signs that it’s happening already, but so far I’m okay with my own nappy changing.