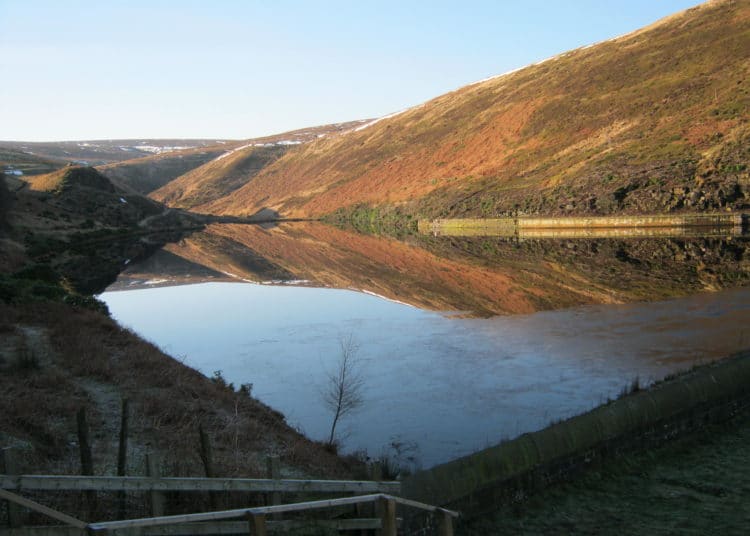 I had a few girlfriends at high school. Joan, Sandra and Marilyn were all from Marsden and at first they were all in the lowest form in school (we called this set the ‘dribblers’ and sometimes ‘two heads’), but eventually they moved up to the same one as myself, to the giddy heights of the ‘happily bewildered’.

The first time I noticed these girls was before they were transferred. We were having a joint music lesson – the teachers seemingly thinking that the Two Heads, the Dribblers and the Happily Bewildered would make an interesting musical soiree. Owing to our long-established record of stupidity, we were not to be trusted with proper instruments. Instead, we were given sticks of differing sizes and shapes, some with wooden balls at the end and some with a fluffy sheepskin ball. There were long sticks, short sticks, metal sticks and wooden sticks – we were to be the percussion section playing along with an imaginary orchestra performing the school song, ‘Adventure On’.

I remember being very disappointed when the musical excitement was interrupted by the junior head teacher and two stern faced colleagues bursting into the room. They demanded that Joan, Sandra and Marilyn accompany them to the school office for disciplinary proceedings. We later discovered that they had slightly vandalised one of the school buses by scratching their own names on one of its body panels using a ballpoint pen. It was immediately clear why these three girls needed to transfer into our higher set: firstly, they seemed totally bewildered about how they had been caught; and secondly, they could write their own names.

I noticed that none of these girls actually dribbled much, and their arms were definitely shorter than the rest of their classmates’; in fact, none of their knuckles scraped along the ground. They also had their blonde curly hair done up nicely with ribbons or a headband. In my early, frustrated fog of puberty, they looked like visions of loveliness. We soon became friends and I would cycle all the way up the valley to Marsden two or three times a week to meet with one or all of the girls. I would look forward to an occasional kiss and a cuddle and perhaps an attempt to hone my clumsy, fumbling skills.

There is an area of bare flesh at the top of stockings called “the chuckle”, so called because if you got there you were laughing. I can’t remember much laughing going on in those days though; it was all very serious. We were only 14 or 15 at the time. Looking back, this period of exploration and development must have been quite frightening for some of the parents, as it is to parents of every generation.

Each school develops a different style, probably dependant on the head teacher and senior staff. For example, Royds Hall School (another older Huddersfield high school), for a time had a reputation for violence and racism. Colne Valley High School when I was there was a passionate, sexual school (which I’d say was much better than violence and racism). Each classroom had its own small storeroom. The most practical amongst us learned how to remove the door handles and spindle, and would take them and a female friend into the storeroom, closing the door behind us. This effectively locked the door, which we hoped would offer us more opportunities to hone our clumsy, fumbling skills in private. But the school prefects soon got wind of this and were able to patrol the storerooms using their own handles. I always thought that this was a sneaky, underhand trick – unworthy of the prefects’ code of good conduct and fair play.

I knew of two 14 or 15-year-old girls who became pregnant at school; perhaps not while they were actually in the school but while they were pupils (nothing to do with me I might add). I cannot recall the name of one but the other was called Susan. She was a stunner. She was blonde, with a film star persona. She would glide around the school with a confidant air, surrounded by her friends – who no doubt hoped that some of her cast offs would fall their way, because Susan was always followed by groups of young lads with their tongues hanging out. I, of course, was above that sort of thing – my storeroom dalliances were plenty good enough for me.

During the early 60s, as fashions for skirts became considerably shorter, many of the teachers took up this style with enthusiasm; the female teachers that is, though I’m sure the male teachers were also enthusiastic in their own way. There was one very good-looking teacher, who would at some stage in her lessons ‘put on a show’ all the way to the top of her legs. Waiting for that moment was joyful bliss, forever etched on a fourteen year old’s mind. I can’t remember her name, or her subject; it’s all very vague and confused, my mind must have been on something else. I later heard she was asked to leave the school because of extracurricular activities with an older boy, but this story might well have been the result of furtive imaginations, scrambled by puberty.

One of the other teachers would sit me on the floor at the front of the class when I was being particularly disruptive. From there I could see under her desk and this certainly had the desired effect in calming me down. I was quite for ages. Do they know what happens to the brains of young lads in these situations? It’s no wonder the male maturity comes to a halt at about 14 years of age. It’s a shame I couldn’t read or write very well, because with my imagination I could have made a fortune writing seedy stories of mature women and immature lads.

There’s another puzzle. For many years it seemed almost socially acceptable for older women to have relationships with younger boys, but not the other way round. It’s as though society developed a view that girls should be allowed to mature at their own pace without the sexual advances of an adult, but not so the boys. There is probably some rational, sensible reason for it all, but I don’t understand it.