Peter Norcliffe dives into family history in this three-parter about his uncles who served in the Second World War. In this instalment, he discusses his Uncle Stanely, who served in Normandy. 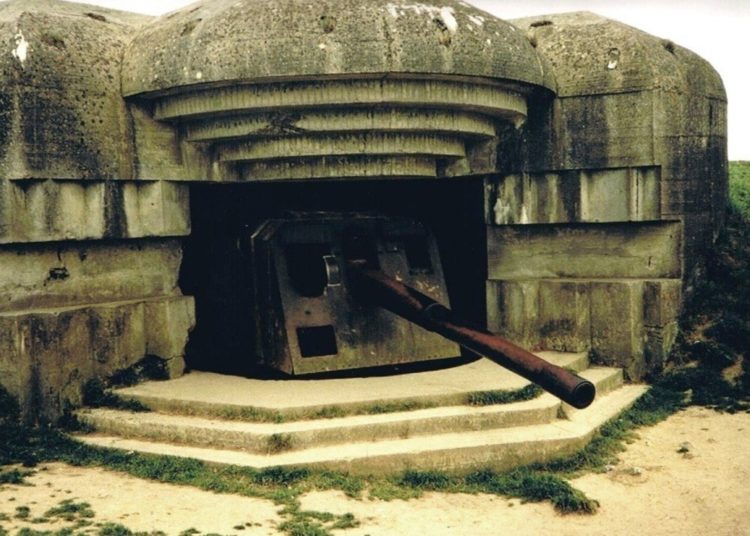 Part of the German defence battery overlooking the Normandy beaches. Still there as a reminder of less peaceful times.

In the last episode of ‘Norky’s ramblings’ I wrote about my Uncle Harold’s wartime memories . This time it is the turn of my other uncles, Stanley and Ronnie, my father’s brothers.

Stanley was a bit-of-a-lad, a likeable rogue. As a young lad, he was employed as a clippy (a bus conductor) working for Hanson’s in Huddersfield. Each morning the clippies were given a float, (small change). One day Stanley was too tempted and ran off with it. He decided that he would join the army and presented himself at the nearest barracks, which was the Duke of Wellington’s stationed in Halifax.

It was soon discovered that he was underage, and arrangements were made for the family to fetch him back. My father being his older brother was given that task. The recruiting sergeant told Dad that, as Stanley was only a few days too young and as there is nothing “going on just now”, they would look after him if the family wanted him to stay. And they did.

A few months later, he found himself at Dunkirk.

Luckily, Stanley was evacuated. When he was rescued the only thing in his possession was his riffle and underwear. The full story behind the missing uniform remains a mystery.

He, and what was left of the British Expeditionary Force, the navy and RAF, then spent almost a year preparing defences against a German invasion that never came. In March 1941, his unit was merged into an artillery brigade and he spent the next three years in Italy, India, Africa and Burma.

Stanley was a dashing, handsome sergeant, and my mum often said that he always had very good-looking young women on his arm and could have “had his pick”. Stanley married Aunty Rose who I thought was lovely. It turned out though that, according to my mum, Rose wanted to “bat for the other side” which, in those days, was slang for wanting a same sex relationship. When my mum told me of this turn of events it was the first, and I think the only, divorce in the immediate family. I would be about 17 or 18 years old at the time.

Stanley, my dad and their youngest brother Trevor all died within a five-month period in 1990.

Uncle Ronnie landed on Normandy’s Sword Beach on 12 June 1945, six days after the start of the ‘D’ Day landings. He was in the Royal Corps of Transport, responsible for carrying food, ammunition and many other supplies.

Moira (my wife) and I have visited many WW1 and WW2 sites and the Normandy landing area has many interesting features. Approximately 80, 200-foot long concrete caissons, which were built along the English south coast, were used as part of the Mulberry Harbour and breakwaters, some of which can still be seen today.

During the D-Day operations, these caissons were towed into position on pontoons and then sunk to form a breakwater and roadway up to steel sections, designed to move up and down with the tide.

Two Mulberry harbours were constructed, but the one on Omaha beach in the US sector was destroyed in heavy storms on or around 19 June. The one on Gold Beach in the British sector near Arromanches continued to work well, and for much longer than anticipated, having been designed to last just long enough to ensure that other traditional harbours in northern France were made safe and serviceable, some nine months later.

The Mulberry B harbour at Gold Beach would not have been fully operational when Uncle Ronnie landed. Therefore, he was disembarked on Sword Beach, probably on a large landing craft. These were small ships at almost 200-feet long and 600 tonnes, they were capable of carrying several tanks and or wagons, and were designed to land men and equipment directly onto the beach. I tried to ask Uncle Ronnie about the detail of his D-Day experiences in 1995, but he was suffering badly from dementia by then and he died soon after. 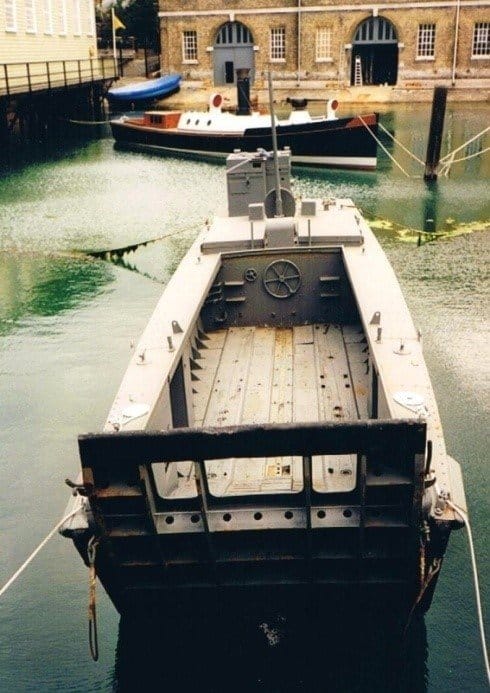 This picture is of a small standard landing craft used on D-Day, large enough for a platoon of soldier and their equipment, or perhaps one vehicle.

Pie of the week: from Home Farm Bakery, Athersley, Barnsley

Pie of the week: from Home Farm Bakery, Athersley, Barnsley