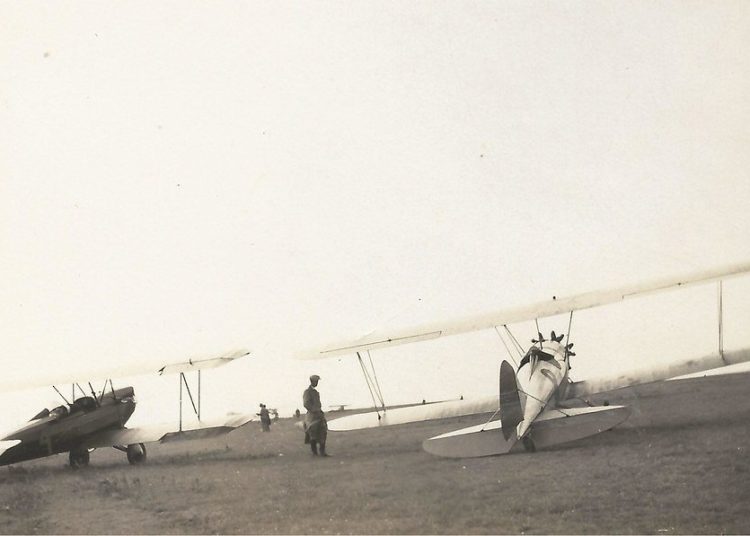 Image by photolibrarian for Creative Commons

Mum was a very kind and loving person, and I’m sure that in allowing her son as young as three or four to wonder about the local village she was not unusual. She was probably very glad to see me out from under her feet. I was a chunky boisterous child, given to fits of temper when not fed.

One incident illustrates this well. Mum and I were waiting at the bus stop on our way to Scape Co-op. I have always hated shopping; always have and always will. As we were waiting for the bus, one of my legendary tempers began to boil (I don’t have them now of course). I screamed, kicked and shouted to such an embarrassing degree that when the bus came Mum got on it and left me there at the bus stop. I would be three years old. I probably just wandered back home and waited to be fed.

Somewhere about that age, I was used by some local big bad boys as their bagman. They took me into the local sweet shop and asked the owner for something that they knew was in another part of the shop. When he was gone, the lads loaded me up with sweet goodies and told me to wait outside. I thought all my Christmases had come at once and by the time they came out, I had eaten the lot.

When I was older and Mum was reminding me what a pest I had been and how bad the ‘terrible twos’ can be, she would recall the bus stop incident and the following story. Rationing was very much continuing in 1949 and for a few more years in fact. Mum had been saving ingredients for a cake for quite some time, and kept them all together in the sideboard. I had apparently managed to get into the sideboard and, for reasons only known to me at the time, opened the packets of flour, sugar, dried fruit, and somehow even the tin of treacle, and poured the whole lot over my head. Mum must have been so impressed that her two-year-old son could open a tin of treacle. Why a child would want to do something like this is way beyond my knowledge. At about this time I would often throw things over the fireguard and into the open fire, which I stopped doing when the fireguard was removed. There are very strange things going on in the developing boy’s brain.

My earliest memory is of a biplane flying low over our rooftops. I was happily playing in our lane when this huge roar appeared just overhead. It’s frightening experiences that stick in the memory most and this was certainly very frightening. I could clearly see the pilot, and in my developing memory he was wearing a long flowing silk scarf – probably just in my imagination, though. (By the way, the name ‘cockpit’ on an aircraft may have its origins in the word coxswain, which is a nautical term for the helmsman of a small boat.)

Like many boys, I had an interest in model aircraft. My first introduction to this was when I persuaded dear old Mum to give me threepence (‘threpnce’) for a balsa wood glider from one of our village shops. I painstakingly fitted the three pieces together and took it on its maiden flight. It flew beautifully. However, as I joyfully ran to retrieve my glider, in my glee and enthusiasm I jumped into the air and landed on the plane. I pleaded ignorance to dear ole Mum and she gave me another threpnce, and I did exactly the same again. I can still see in my mind’s eye that plane under my feet. I stood there for ages not understanding what had just happened. Even though I pleaded ignorance again, and an additional stupidity, I didn’t get another threpnce, although a couple of years later Mum gave me a whole sixpence, a tanner no less, to leave home.

The silver coin at the bottom is a tanner, 6d, equivalent to two and a half new pence. The two brass coins in the middle are three penny (threpny) bits 3d. Pence were abbreviated with the letter ‘d’ because the Latin for a penny was denarius. The flower on the threpny bit is a thrift. This particular design was issued between 1938 and 1953 and no doubt thrift was what the authorities were encouraging at that period. The coin at the top is a modern one-pound coin used as size comparison. The word ‘tanner’ seems to have its roots in the Romany Gypsy word ‘towno’ meaning small one. Decimalisation date was Monday 15 February 1971. I remember it well; it soon became obvious that it was yet another way of increasing prices without people realising it before it was too late.

Anyway, back to leaving home. I was chuntering and moaning that now I was six years old I should be treated with more respect, and I was just about fed up with being treated like a child, so I was going to leave. Mum gave me a tanner and told me to go seek my fortune. I immediately caught the bus into town, which took half my fortune. I wondered around aimlessly, probably hoping that a proper fortune would just fall into my pockets.

During our Saturday shopping trips into town, Mum and Dad would pacify me to a degree with the promise of a ‘Doctor Dan’s Health Drink’. This could be purchased on the ground floor at the far end of the magnificent Victorian Huddersfield indoor market. (This is the building that everyone my age mentions when describing the utter destruction carried out by the town planners during the sixties.) I don’t know what was in the Doctor Dan’s health drink; apparently it was a secret recipe and it’s probably best not knowing. Anyway, it worked; I was quiet during the shopping and it must have worked on the day I left home, because although I had spent all my fortune and had to get home for food, I now had the magic health drink inside me and so it was no bother walking home (I probably could have flown if I tried). From the town centre to Bolster Moor is about five miles but I followed the bus route and got home just in time for tea and a cheery “You’re back already then” from Mum. She had no idea; she probably thought I had just wandered down to the local shop for sweets and I had hopefully walked around for a bit until the sugar-rush calmed my temper. She didn’t know that it was a Doctor Dan rush that did the trick.

Our daily milk deliveries were carried out by Mum placing an empty jug on the doorstep. The milkman would then ladle from a large ten-gallon milk churn into the jug. The local farms often separated the cream soon after milking, but there was little else done, and even after simple separation, the milk was very creamy. It didn’t last long, as there were no fridges, of course, and in summer the milk would be going off the following day. For his deliveries, our milkman used a black and white pony and a trap, which was more like a chariot, with an area to stand in and drive the pony and space for a few milk churns. This whole arrangement must have impressed me so much that I wanted to be a milkman with a black and white horse. Not for me a train driver or firefighter – both very noble causes, of course, but I’m sure you will agree, not in the same league as a milk man with a black and white horse.