In his latest rambling, Norky shares his family tree and the early historical records of the Norcliffe family 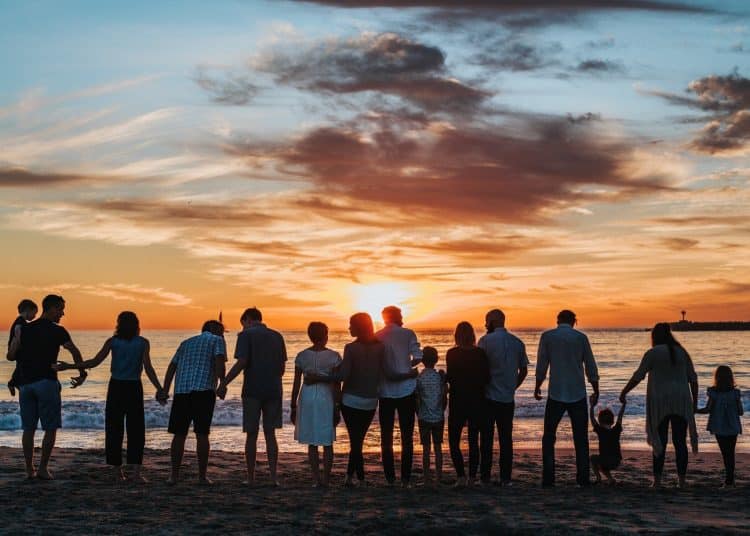 Many people were born, christened, married, and buried using several spellings of their name. This is true of the Norcliffes too – Norcliffe, Norcliffes, Northcliffe, de Northcliffe. The first half of the following is taken from ancient records, and therefore contain words and phrases that are now unfamiliar that I’ve tried to translate.

Historical records of the family

From the early times in Norcliffe, there have existed three dwellings – Upper Norcliffe, (Norcliffe Hall), Lower Norcliffe, and Little Norcliffe. The site gave its name to a family and there are indications of this in ancient local records.

Among the Dodsworth manuscripts in the Bodleian Library at Oxford, is a pedigree compiled from notes made by John Hanson of Rastrick, our 17th century antiquary. This pedigree is authenticated by extracts from the early deeds. It gives evidence of the Northcliffes dating back to at least the 13th century.

It begins with John of Northcliffe. Agnes of Cromwell Bottom, in the days of her widowhood, granted John’s son Thomas, and his heirs, 35 acres of land in Northcliffe.

According to the pedigree, Thomas had a son called Henry. Evidence from the Wakefield court rolls shows that Henry of Norcliffe took lands of the Lord of the manor of Wakefield in 1309, as a freeman holding land in Hipperholme.

The Richard of Norcliffe enigma

Henry was succeeded by his son Richard. One of the Dodsworth deeds confirms that in 1332, Richard gave “to John son of John of Owram and to Alice his wife and the heirs of their bodies” all his land and tenement in Southowram, Hipperholme.

This is rather an enigma, because in the same year (1332), Richard conveyed two acres of “copyhold” in Hipperholme to “John of Norcliffe”.

Richard left only three daughters and no son to inherit the estate. The first of these daughters married a Rookes, of the Rookes of Hipperholme. The second, Matilda, didn’t marry. The third, Emmota, married Adam of Hopton.

When Richard of Norcliffe died, probably shortly after 1375, the estate was divided into three portions among his daughters. Two of these portions remained in the hands of the Rookes family until the 16th century, one share, according to the compiler of notes, came to that family by marriage.

This is hard to reconcile with the fact that in 1540, one-third part was still owned by a member of the Norcliffe family, and this part was apparently the portion known as Little Norcliffe.

This is the enigma. How, if Richard left only three daughters as his heiresses, did one-third part remain in the possession of a family that bore the good old local name? Is it possible that John Norcliffe, who inherited the Hipperholme estates from Richard, married his cousin Matilda, the daughter and co-heiress whose husband’s name is not known by Dodsworth?

The Norcliffe Tercia and Barkisland

An old deed preserved in the monument room at Langton Hall – the present seat of the descendants of the Norcliffes – shows that John Norcliffe of Barsland “granted to Thomas Gledhill of Barsland and others for a term of years, a rent of 35/4 issuing out all lands and tenements called ‘The Norcliffe Tercia’”.

This branch of the Norcliffe family seem to have settled in Barkisland. I’ve not yet been able to discover to whom or when these Norcliffes of Barkisland sold Little Norcliffe, with the acres from which the family traced their name. In 1582, Thomas and his wife Elizabeth sold two messuages (an old term meaning dwelling house with outbuildings and land assigned to its use) in Barkisland, and moved to Gomersal where he purchased an estate in the same year.

In Burkes Landed Gentry, the pedigree of Norcliffe of Langton is traced up to Nicholas, the father of John Norcliffe of Barkisland, named in the deed of 1540 relating to Little Norcliffe.

John had a son Stephen, whose son was Thomas originally of Barkisland. He was buried at Nunnington in 1616.The grant of arms, made to him by the heralds, is still preserved among the family papers. He married Elizabeth, daughter of Robert Ealand Carlinghow, and had a son, Sir Thomas Norcliffe, Knight Barrister of the middle temple, High Sheriff for Yorkshire 1626, who purchased Langton, County York 1618.

As we see, Sir Thomas Norcliffe moved to Langton Hall, near Malton in North Yorkshire. Still in God’s country I was glad to learn. However, it is where my Barkisland line and the Norcliffes of Langton diverge.

Langton is a very pleasant little village with a small but beautifully proportioned church. Both the village and church show much evidence that the Norcliffes had some influence there. How things have changed, I struggle to achieve any influence in my own home. 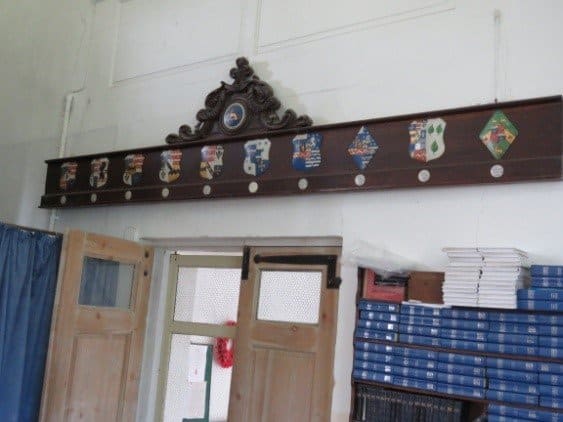 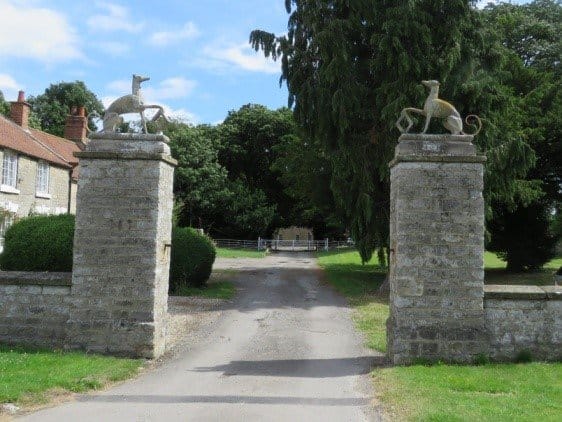 Several examples of the Norcliffe Coat of Arms over the church exit, and the gateway into Langton Hall guarded by the two heraldic greyhounds

When Thomas inherited Langton, he was obliged to take the name and arms of Norcliffe through marrying in to the family and estate. Thomas had previously been known as Dalton (eldest son of John Dalton by Isabella, daughter of Sir John Wray baronet). Thomas joined the army and obtained a troop in the 11th Dragoons, and was lieutenant colonel of the York Volunteers for 29 years. He married Ann in 1784 and they had six children: Norcliffe (who died aged five), William (who died at 15), Thomas, Isabella, Charlotte and Mary.

Isabella, was a close friend and possible partner of Anne Lister, of Shibden Hall, Halifax, Anne was known locally as ‘Gentleman Jack’ due to her sexuality. Shibden Hall to Langton Hall is about 65 miles – in a coach and horses that’s quite a journey, even with a posh coach! Incidentally, the theme song to the BBC series “Gentleman Jack” was performed by O’Hooley and Tidow of Golcar. And very nice it is too.

My direct family tree goes back to 1210 to a John de Northcliffe of Barsland (now Barkisland). They were influential landowners and two were high sheriffs of Yorkshire. When Thomas inherited Langton Hall in 1618, it left the rest of us riff raff and all their Norcliffe land in Barkisland to fend for ourselves.

Like many of the Gentry, the Langton Norcliffes carried on the tradition of ‘primogeniture’ whereby the eldest son inherits his parents’ entire estate, and the younger sons take a commission in the military or join the clergy. Many Norcliffes achieved high ranks in the army.

Incidentally, none of the Norcliffe land, title or estate has come my way, not even the second-best bed!

Leading the way - to disaster?