Nicola Adams made history as the first female boxer to win Olympic gold for Women’s Boxing in the Flyweight category in 2012. 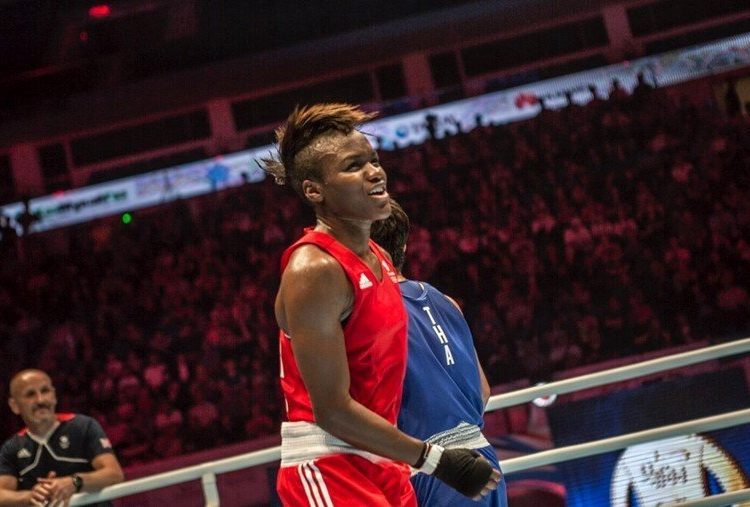 In the 2012 London Olympic Games, Nicola Adams OBE made history as the first female boxer to win Olympic gold for Women’s Boxing in the Flyweight category. She remains the most successful female British boxer, as a double Olympic champion, but her journey through the ranks came with its knockdowns.

At the age of 12, Adams started boxing, winning her first fight the following year. In 2003, at the age of 22, she became the English Amateur Champion, and retained the title for three consecutive years. Adams demonstrated extreme promise as a boxer, turning professional after signing with boxing promoter Frank Warren in 2017.

She retired in 2019 aged 37, due to concerns surrounding vision loss if she continued partaking in the sport, after tearing her pupil two years previously. She retired undefeated.

Adams battled health issues from an early age, and in an interview with Grazia Daily, revealed: “The doctor said my asthma was that bad I shouldn’t even play in the playground. I was like: I’m not doing that”. Having fought off a combination of punches thrown her way in early childhood, Adams went from a vulnerable girl who defencelessly witnessed her father beat her mother, to the nation’s most powerful female boxer of all time, emerging victorious in a truly knockout match.

Nicknamed the Lionness, Adams roars in the face of adversity. Born in Leeds, West Yorkshire, to a black working class family, Adams worked as a builder, and appeared as an extra in soap operas such as Coronation Street, Emmerdale and EastEnders. Her motivation and drive gave her strength to grapple with the financial hurdles of participating in an under-funded sport, until in 2009 the International Olympic Committee began investing in women’s boxing.

Although the record of women’s boxing matches in the UK dates back to the 1720s (and it featured as a demonstration match in the 1904 Olympics), the British Boxing Board of Control (BBBC) banned the sport for many years, on the grounds that premenstrual tension resulted in women being too unstable to box. Adams had been boxing for two and a half decades before the sport was even legal. The British Amateur Boxing Association approved the sport in 1997 and the BBBC followed suit in 1998 by passing the licence to fight. Adams was 17 years old.

However, this new ruling was met with considerable backlash. Ian Wooldridge, a columnist for the Daily Mail, wrote in 1997 “In a lifetime of sportswriting I have witnessed nobility and honour, cheating and despicable behaviour. But never have I encountered a sports event as degrading as this and nor have I heard such mealy-mouthed claptrap in an attempt to justify it taking place”. He added, “By accident I once saw a women’s boxing match. It was on the undercard of the first Tyson-Holyfield fight in Las Vegas last year and, male chauvinist that I undoubtedly am, I was revolted at the sight of heavy blows raining in on heads and breasts”.

The first match, between 13-year-old schoolgirls Emma Brammer and Andrea Prime, took place in 1998, having been postponed twice due to adverse media publicity. It eventually took place alongside a pre-match media blackout, despite public outcry. When another of Brammer’s matches had been postponed in 1997, Joan Smith of the Independent, commented “Later that morning, to the disappointment of Emma Brammer and her opponent Dawn North, the girls’ bout was called off. Last night, in Atlantic City, Lennox Lewis versus the Polish groinwhacker was expected to go ahead. The winner? Double standards, by a knockout”.

Now in the 21st century, these ‘double standards’ are still competing in sport. In an interview with the Guardian in 2012, silver-medallist Amir Khan, stated “Deep down I think women shouldn’t fight … that’s my opinion. When you get hit it can be very painful. Women can get knocked out”.

However, in a statement issued to the Guardian the same year, Adams defended her sport, commenting “I think we’ve had the same with everything – women can’t pole vault, women can’t sprint. I think it’s mainly the older generation, when you are so used to seeing men boxing and then suddenly it’s women it’s a big change”, she says. “But the change is happening … we’ve gone from voting, to sport, to the Olympics, to winning gold”.

Recently making history outside the ring, Adams along with Katya Jones, became the first same-sex pair to appear on Strictly Come Dancing. Although Strictly fans broadly praised the modern and inclusive update to the show, the BBC revealed the move was hit with many Ofcom complaints. Adams directly addressed the criticism, stating, “If they don’t like it, they’re going to have to deal with it or switch to another channel”.

“I’m expecting the same sort of thing I got with women’s boxing in the beginning – there will always be some resistors, but once they know you’re here to stay, they get used to it.

“Women dance together all the time in nightclubs. Traditionally I guess men and women would dance together when they were courting, so the older generation have that in their heads.

“They see it as a sexual thing rather than a sport”.

Unfortunately the pair had to withdraw from the competition today, after Katya tested positive for Covid-19.

The most enduring fight of the century will see female boxers go head-to-head with hyper-sexualisation, objectification, and questions of femininity. Unless the gender gap in sport is eradicated, there will be only one winner of this bout. Let’s make sure it is equality.