Charlie McCarthy takes a look at the expensive, environmentally harmful housing development being pushed for by Harrogate Borough Council. 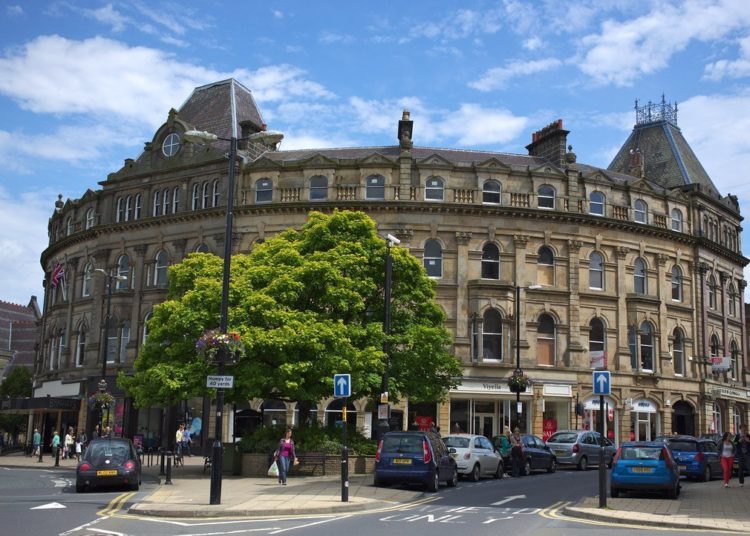 Harrogate needs new houses. That fact is widely accepted. With 2,000 families on the housing register, there is widespread consensus over the challenge facing the borough council.

According to a report by The Stray Ferrett, “Between 2014 and 2020, the [Harrogate District] planning system was in disarray”. This made it easier for developers to get housing schemes approved and harder for Harrogate Borough Council to refuse new housing developments. This failure has led to the market prioritising and delivering large detached houses over much needed affordable homes for local people. The lack of sustainable, environmentally friendly housing will also lead to many extra cars on the road, extra strain on the local NHS and more pressure on local schools.

Harrogate is a very desirable place to live. It comes highly recommended in national property surveys. Housing developers can sell new houses in the district for large profits, as there are many people looking to move to and raise their families in a spa town with good schools, good restaurants and a good local health service. “The latest figures put the average cost of a home in the district at £360,000, 13 times the average income for the district (£27,700). This makes home ownership in Harrogate out of reach for many key workers who staff the local economy”, reports The Stray Ferrett.

Pat Marsh is the leader of the Lib Dem group on Harrogate Borough Council. She told me:

“The problem with the development that has occurred over the last three or four years was the result of Harrogate Borough Council not having a local plan. The decision was taken to pull the plan and as a result of that we were left naked.

“The five-year land supply disappeared as well and suddenly we had developers coming at us from all directions, putting in applications that none of us wanted to support at all. Applications were in the wrong place, there wasn’t the right balance of housing. We were in a very difficult place until we got a local plan in place at the beginning of this year.

“We now have control over the mix of development, one bed, two bed, which we didn’t have before, because we were relying on the National Policy Framework where the presumption is in favour unless you can show demonstrable harm.

“So Harrogate has been in a very, very tough place. We have seen some very difficult and to my mind wrong developments happening. We need to address the issue of social housing, housing that the local authority can build for those in most need”.

Harrogate has always attracted people to live there but who don’t necessarily work in the town. This puts upward pressure on house prices in a low-wage economy traditionally based on hospitality and more recently, social care. This leads to large numbers of people commuting daily into and out of the town to their places of work. Almost every new home will bring two or more cars onto the already busy roads. This increases the carbon footprint of individuals and the whole community.

The Harrogate District Climate Change Coalition is a group of businesses, public sector organisations and voluntary groups, which promotes and implements carbon reduction activities throughout the Harrogate district. The coalition was set up in response to the council’s notice of motion supporting measures to address the climate emergency. The Harrogate Borough Council vison is that by 2038 “we will have a net zero-carbon economy”. They will deliver on this vison by focusing on eight priority areas that includes “influencing new development” as one of the priorities.

CPRE, the countryside charity formerly known as the Campaign to Protect Rural England, founded in 1926, claims to be one of the longest-running environmental groups. In a new report, published in January 2020, it found that “the design of new housing developments in England is overwhelmingly ‘mediocre’ or ‘poor’, with less-affluent communities the worst affected”.

The report, an audit of over 140 housing developments built across England since 2007, found that one in five of these developments should have been refused planning permission outright as their poor design was contrary to advice given in the National Planning Policy Framework. A further 54 percent should not have been granted permission without significant improvements to their design having been made first.

Developers are still bringing gas heated houses to the market in 2020, knowing that in June 2019 parliament passed legislation requiring the government to reduce the UK’s net emissions of greenhouse gases by 100 percent relative to 1990 levels by 2050. The UK is the first major economy to pass net-zero emissions law. The implication for Harrogate house buyers in 2020 is that they will be required to change the heating system of their new house by 2050.

Air source heat pumps big enough to heat a 1,500 square metre house are on the market at a starting price of £20,000. Logic would dictate that these environmental policies should be linked – in other words, that houses built now and coming up for sale should not be heated by outdated, climate change causing, fossil fuels. If local government doesn’t have the authority to compel builders to catch up with government policy, then they should use their influence with central government to reform the planning system urgently to give them that power.

We urgently need new houses in Harrogate. There is no denying this. The question that is becoming increasingly obvious is – are we getting what the community needs? Harrogate’s neighbour York, a short train ride away, plans to build Britain’s biggest zero-carbon housing development, boasting 600 homes in car-free, cycling paradises full of fruit trees and allotments. The housing development bar has been set.

Lack of an alternative vison is not an excuse. The big issue for Harrogate is how many of the 2,000 families on the waiting list will ever be able to afford a detached three or four bedroom house with a market value of £360,000? Harrogate Borough Council says it wants to “influence development” and be “carbon neutral by 2038”. It could achieve both of these laudable aims by taking a greater interest in the housing nightmare that is arising before our eyes.

The arrow of time and Brexit