Pen Hemingway describes her experience of living with long covid, having caught covid in March. 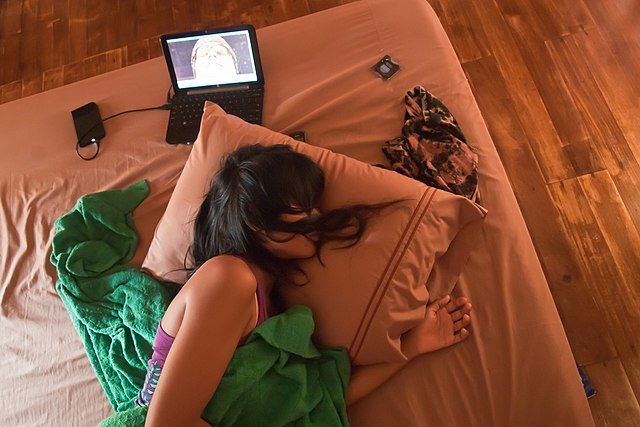 On February 15 2020, I gave somebody a lift to York’s VikingFest. That week, there were just 13 confirmed cases of coronavirus in the UK. We were in the car together for perhaps ten minutes. The passenger didn’t appear ill in any way. A day or two later, they became symptomatic with what they thought was flu.

A few days later, they flew back to their home country and tested positive for the virus. I wasn’t in contact with them, so wasn’t to find this out for several months. Later, when asked by medics whether I had been in contact with a known positive case I always said “No”. You had to be in respiratory collapse and in hospital to get a test, then. And only a handful of people in the UK had coronavirus.

I launched a book on 1 March; the day I first became symptomatic. Moving the 2m from my laptop to the printer was suddenly onerous. Almost impossible. I still thought I ‘just’ had a cold.

My symptoms got hard to ignore. I had appalling insomnia – I’d wake three times, precisely, in the night (covid is worse at night for many people). Plenty of vivid, apocalyptical, or just sinister nightmares. One night I woke up screaming my feet were on fire. The fevers for me were low grade and intermittent. I lost my sense of smell. This was not recognised as a potential symptom, yet. In fact, my doctor took it as proof I couldn’t possibly have the virus.

The breathlessness came a little later, but in those first couple of weeks I couldn’t eat. I didn’t have the gastric symptoms – just no appetite. I think I lost several dress sizes, simply through not eating.

At some point, I rang 111. I was on hold for an hour or so and eventually put through to what sounded like a panicking, totally out of their depth, teenager, who had to go ask their supervisor if I might have covid. Supervisor’s word was I probably didn’t, as I hadn’t recently been to Wuhan. I realised 111 was not much use and phoned my GP. But every time it was the same – a question about contact with Wuhan, a dismissal of the possibility of coronavirus, as the symptoms did not conform with their list, and a declaration that you may have ‘a’ virus, but it was probably just anxiety.

The frightening thing for us ‘Marchers’, as we came to be known, was that suddenly the NHS simply wasn’t there for those of us who weren’t hospitalised. A couple of times, a doctor on the phone would say “Normally, I’d have admitted you to be checked over but right now it’s riskier to send you to hospital than just leave you at home”. There are no words for how scary that was. It felt like being abandoned.

At the back end of March, I got post-viral bronchitis and had to ring the GP for antibiotics. This time, the doctor’s ears pricked up when I said I had utterly lost my sense of smell. She said it couldn’t be much else apart from the virus. She prescribed antibiotics. All the sources of information said it was a fortnight-long illness. In fact, my health was about to take another nosedive.

On 23 March, we went into lockdown. I was in my third week of illness and I thought I was recovering. I’d read about people apparently recovering then having a huge relapse – that possibly ended in death. But I decided that wasn’t going to be me. I was getting better. So I went for my old 5K walk, a circuit we’d often walked for many years. Just before halfway I began to feel distinctly ill. A bit further on, it was obvious I wouldn’t be able to get round the circuit – I was so out of breath, I thought I was going to pass out – so I sat down under a tree whilst my husband ran home to get the car.

This day, I now see as the day my long covid started. That’s when the shortness of breath really started kicking in. My asthma was always so mild that my inhalers gathered dust in drawers for years on end. Rarely touched them. Suddenly, I was toking on the inhalers day and night, just to get by. This is no small thing for me. My mother died of asthma, during an attack in the night, in 1971. I had always pretty well got on with my life and largely forgotten and neglected my asthma. Now it was magnified 100 times. It wasn’t forgetting me.

I had many a night being scared to fall asleep in case I stopped breathing when unconscious. A couple of nights were terrifying. We didn’t yet know about lying prone to help with breathing. My husband later told me “If you’d died in the night, I knew they’d have put ‘asthma’ on the death certificate”. I would have been written off as one of the millions with ‘underlying conditions’, who almost deserve to die. And yet my underlying condition was, until exacerbated by covid, so mild as to be almost negligible.

Sitting here writing this today, 10 months on, I still have only an intermittent, fleeting sense of smell. I’ve drunk ‘off’ milk a few times and not noticed. You don’t know how much you need your sense of smell until it’s not there anymore. I try to walk the dog and manage ten minutes, when I used to walk for an hour or more. I spend a lot of the day sitting or lying down, as I can’t stand up for long. I am tired; still plagued by insomnia, vivid dreams, migraines, hair loss, skin rashes and even, I suspect, PTSD. Several nights I thought I was going to die. That takes some time to process. At the moment, I just feel numb, rather than depressed. In a year, I might know how I feel.

There is also some neurological damage – which may start with losing the sense of smell and/or taste, but months on morphs into a general ‘brain fog’. For me, about four months on, I started forgetting names. This was deeply distressing. Names of people I’d known for decades, names of people I love. Place names, too, became evasive. A couple of weeks beyond that, I started to lose random bits of vocabulary.

Last week I spent five minutes trying to remember the word ‘sill’, as in ‘window sill’. This would sound like nothing – but in the Time Before, I wrote, talked, and taught for a living. Finding words is how I paid my bills. It impacts writing less as I can look up synonyms – but when talking, it is really frustrating and frightening.

The Office of National Statistics estimates that 1 in 10 people will go on to get long covid, but the information is still elusive and ever changing. This adds up to hundreds of thousands of people – adults and children who have, or will soon get, a diagnosis of long covid. All still in this state of uncertainty.

Finding Facebook groups helped me enormously. I realised that the weird stuff like getting ‘fizzy feet’ (a feeling like pins and needles), sudden bouts of tachycardia (heart palpitations) out of the blue, breathlessness, and my hair falling out in clumps as if I’d been to Chernobyl, were in fact common amongst other covid survivors. Many covid survivors have aching limbs, gastric problems, difficulty concentrating, depression and anxiety.

The most striking thing that hit me, when I joined a couple of the long covid groups, was the number of former marathon runners, gym bunnies, and people much younger and fitter than myself, who were in these groups. I began to feel like an outlier as a not-fit person in my 50s with long covid.

Long covid changes who you are as a person. The public speaker who can’t remember the word ‘window sill’. The marathon runner who can barely walk to the end of the street. Countless people who dread the phone ringing because they’re too breathless to talk for long, but their friends and family believe it was a fortnight’s illness they should be long over, by now. Nurses who can’t return to work because they’re too exhausted to stand for long enough. One nurse, who returned to work on the stroke ward and on the first day back, still with long covid, collapsed – with a stroke (covid does that, too).

Although I have finally been diagnosed by my GP with ‘post covid syndrome’, there has been very little medical support forthcoming. The NHS website claims: “NHS England has provided £10 million for the network of clinics, which started opening last month. There are now 69 operating across the country with hundreds of patients already getting help…”

None in my area yet. Last time I spoke with him, my GP said he hadn’t heard a thing about this in our part of Yorkshire.

The impact of long covid is going to be exacerbated by the fact that it hits so many economically active people. And the government’s failure to lockdown hard enough and fast enough, yet again, will directly lead to hundreds of thousands more long covid sufferers. It’s urgent we understand it, and financially support those with it who can no longer work, or no longer work fulltime, or whose businesses fall between two stools so don’t qualify for any of the current business supporting packages.

The government has played fast and loose with all our lives, by allowing a disease about which they knew nothing to rip through the community. They must now commit to support the very many long-term sufferers that will result from their catastrophic failure.

As one who has been stumbling through the No Man’s Land of their misbegotten shambles for ten months, I’ve had enough. But this is one roller-coaster nobody is getting off any time soon.

Sign the petition. Thousands of frontline health and care workers, as well as key workers, have developed long covid while responding to the coronavirus outbreak in the UK. With many not being able to return to work because of the debilitating effects, the least the UK government can do is recognise long covid as an occupational disease.