While his murders went unsolved, I and many other women in the area lived under a shadow of fear, stoked further by police ineptitude. 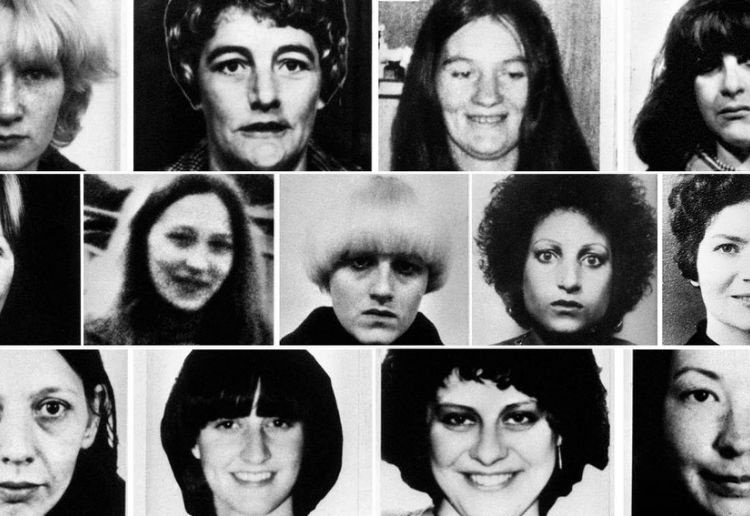 Image by Phill.d for Wikimedia Commons

Hearing about the death of Peter Sutcliffe took me back to the late 1970s, when I lived and worked in West Yorkshire. For several years, while his murders went unsolved, I and many other women in the area lived under a shadow of fear, stoked further by police ineptitude and lurid media reports about the Yorkshire Ripper.

At the time, my partner and I lived in a fairly remote village near Holmfirth, close to the Pennine Way and open moorland. I loved walking alone (and still do), and used to take off on sunny days and walk for miles over the hills. As the number of murders increased and it became clear that the perpetrator’s route of operation might take him close to our village – the cross-Pennine A635 was only a short distance away – I reluctantly reduced the number and scope of my walks, tending instead to walk with friends nearer to home. I also cut down the number of evening events I went to, especially those which involved driving across the Pennines. But it made me angry that responsibility was put on women to protect themselves, as if it was our own fault if something happened to us.

It is important to view these events in the context and climate of the time. On moving to Yorkshire from London in 1977, where I had been helping to set up a feminist library at the (then) Women’s Research and Resources Centre, I had been shocked to find that everyday sexism was rife in my work as an advisory teacher of drama. In adviser meetings, it was often assumed that I was the secretary (I was the only woman for a while) and expected to make the coffee; sexist comments about my appearance were commonplace and I was reprimanded if I appeared to exceed my ‘level’ in public settings.

In schools, sex-stereotyping (as it was known then) was prevalent, and expectations for girls’ education and futures were low and largely traditional. When I embarked on an MA investigating girls’ education and aspirations, I started to note instances of sexism in the classrooms I visited and in my interactions with teachers and other advisers – there was no shortage.

Sexism and misogyny were prevalent within West Yorkshire Police and it was no surprise to read from Joan Smith, a journalist covering the murders at the time, that she was denigrated and sometimes mistaken for a sex worker. It is now widely accepted that the police only started to take the murders seriously when so-called ‘innocent’ girls became the victims, although even then, accounts from women who had been attacked and survived were largely ignored or treated as ‘unreliable’.

The lowest point of the police ineptitude came in 1979, when they pursued what turned out to be a hoax caller with a strong Geordie accent purporting to be the murderer. The ‘Wearside Jack’ tape still send shivers down my spine; when it was played on the radio last week I involuntarily shouted out “No!” as I heard “I’m Jack…”.

Ignoring the statements from women who had been attacked that their assailant spoke with a Yorkshire accent, the outcome of this tape was that all men living locally who came from the North-East were contacted by the police, including a work colleague and a neighbour. The local farmer, who was from Newcastle, was interviewed twice by the police, which gave rise to suspicion in the village and even made his wife concerned. Meanwhile, a young woman who worked with the drama team and lived alone was driven home every evening by myself or another colleague, as she had become too frightened to walk back to her flat in the dark.

One of the drama sessions offered to secondary schools by the drama team around this time focused on a teenage girl who had run away from home after a row at home. This was very popular, as it involved school students directly as participants, with some taking on roles in the drama. But as the number of murders multiplied, I became increasingly uneasy about reinforcing the fears of the girls we worked with, as it was clear that some boys enjoyed suggesting that the missing girl in the drama had been murdered by the ‘Kipper’.

This gave rise to tensions with my male colleagues, who thought I was being over-sensitive. In going through old papers, I found notes I made at the time, which clearly show my heightened emotions about this.

“Nov 21st 1980. This [school] visit was totally overshadowed by the 13th Ripper murder earlier in the week. I was very anxious about even doing the programme but anyway how we handled it. I got really knotted up about it beforehand…nearly burst into tears and felt very unhappy and nervous about the whole business.”

We subsequently made sure that the drama ended with a phone call saying that the girl was safe and on her way home. Even so, I remember several occasions when girls came up to me afterwards and asked if the girl was safe, despite it being made clear that it was a roleplay. Although we held preparatory meetings for teachers, and discussed the kinds of issues likely to arise, in retrospect, the whole situation needed far more emotional safeguarding, especially at a time when fears among young women about violent attacks were so prevalent.

It is hard to believe that it has taken Peter Sutcliffe’s death for West Yorkshire Police to publicly apologise for the kind of language they used when describing some of Peter Sutcliffe’s victims. The force’s chief constable has also issued an apology for the failings of the police investigation at the time, during which Peter Sutcliffe was interviewed nine times before his eventual arrest and committed many more murders as a result.

Sadly, the emphasis put on women to protect themselves by not going out late at night can still be found today. The number of convictions for rape has fallen to an all-time low and victim-blaming is still commonplace, which is likely to deter women from coming forward. Alarmingly, during the first UK lockdown, cases of domestic violence against women doubled.

Whilst in the seventies, a climate of sexism was still prevalent, which hampered a major murder investigation with fatal results, in 2020, the coronavirus pandemic provides a double threat to women’s safety. Underlying both situations are continuing levels of male violence against women, with women’s voices still being ignored. Forty years from now, will we still be hearing apologies from the authorities for failing to listen?

Vivienne has worked as a teacher, actor, gardener, librarian, wholefood shop partner, researcher, lecturer and teacher educator. A lifelong activist for women’s rights and social justice, she is also an anti-war and pro-Europe campaigner. She is now Emeritus Professor of Education at Canterbury Christ Church University and an English (TESOL) teacher.