A number of constituents have complained they do not receive replies to their emails, telephone calls, or to requests for virtual meetings. 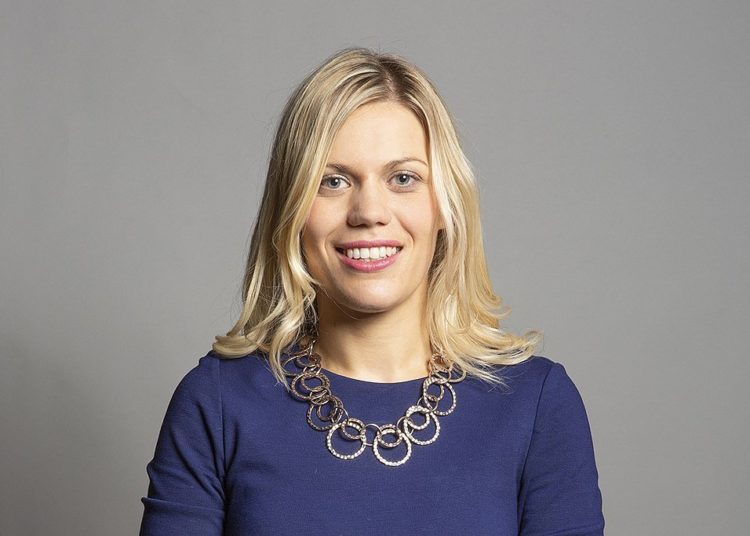 A local campaign group, Sheffield for Europe, has complained that Miriam Cates, MP for Penistone and Stocksbridge, is refusing to engage with her constituents, and not responding to their queries and concerns. Mary Seneviratne, chair of Sheffield for Europe, said: “An MP is elected to represent all their constituents, and should be available to meet with them, and discuss any issues that concern them. She is accountable to all her constituents. Ignoring them is just not acceptable”.

A number of constituents in Stocksbridge and Penistone have complained that they do not receive replies to their emails, their telephone calls, or to requests for virtual meetings from their MP, Miriam Cates, who won the seat for the Conservatives last December. They have also criticised her for deleting comments on her Facebook page, even when they are polite and reasonable, if the comments “dare to question her”.

This resulted in a number of supporters taking to the group’s Facebook page, to complain that there was no point in contacting Miriam Cates, as she did not respond to their requests, and did not answer their emails. Some had been waiting over a month without a reply, even after they had sent follow-up messages. One person had outstanding correspondence going back to June. Others have received only an automatic acknowledgement, with no response to the specific issue raised. Some have had no response at all, not even an acknowledgement. One constituent, writing in her personal capacity got a response saying that the MP “doesn’t respond to organized groups”.

One constituent said: “This year, I have sent a total of 18 emails and two letters about 11 different issues, and only had one formal response, which led to an online meeting, two template responses, which did not answer the point made, but for the other nine there had been no response at all”. Another has sent three emails, but only got one response; someone else has sent dozens of emails, with only three responses; another pressed for answers to his original questions when he got a “stock reply from an assistant, but got no reply. He has asked for a meeting, but it has not yet been arranged.

Another constituent, a teacher, said: “I have contacted Miriam Cates repeatedly, and got ‘copy and paste’ responses. I feel I am being blocked. I got no response when I asked for a surgery appointment. I even asked my local councillor to contact her on my behalf, but she thought she was being blocked too. I was going to put in an official complaint, but felt it would probably be ignored”.

Someone emailed to express concerns about a no-deal Brexit. He did receive a response, which surprised him because it said that we had “already left the EU with a deal” so it was “impossible for there to be a No-Deal Brexit”.

It is not just emails about Brexit that are being ignored. A number of constituents emailed her about the Cummings/Barnard Castle affair, only to receive a ‘copy and paste’ response from her office more than three weeks later.

There is the same lack of engagement when the issues are not party political. One constituent raised an issue about schools, and got no response. Another wrote about banning the sale of fireworks, but got no reply. A number of people emailed about the Black Lives Matter protests, including personal experiences about racism, and got no response. One person sent a follow-up email about this, and received only a generic response, which only addressed half the questions posed. A further follow-up received no response. One person emailed about incessant dumping of rubbish down the side of their house, but only received an acknowledgement. Another person emailed about transgender rights, but after an acknowledgement, there was no follow-up.

It appears that Miriam Cates is not engaging with her constituents in the way that she should. This is leaving many of them feeling disillusioned and ignored. They are worried that their elected representative is not prepared listen to them, or help them if they have problems and concerns.