Imagine the state of mind of a government minister who could wake up one morning and say: “You know what I think we need to do right now? Let’s re-organise local government.” 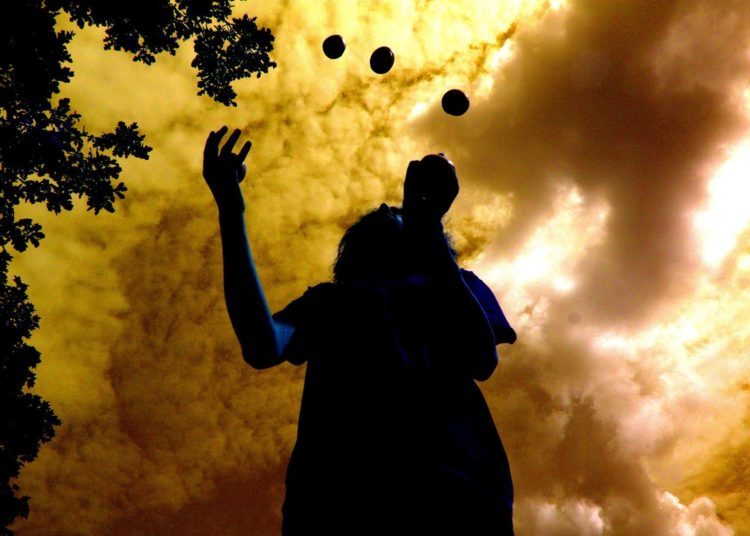 Image by Trendy Ewok is licensed under CC BY-NC-SA 2.0

Every reasonable person understands that government is harder than opposition and making choices between competing priorities in the middle of a crisis can be challenging.

Deciding on whether to prioritise the NHS or care services, how to open up the economy whilst keeping people safe and how to cope with the pressure of rushing through Brexit in the middle of a pandemic are not easy things to juggle. Particularly as we are in the middle of a series of acute environmental problems which need urgent action.

So, imagine the state of mind of a government minister who could wake up one morning and say: “You know what I think we need to do right now? Let’s re-organise local government.” How could anyone convince themselves for one second that the middle of a pandemic is the right time to take the eye off the ball and start arguing about a restructuring exercise?

Yet that is precisely what Simon Clark, the local government minister has told politicians and public servants across the north of Yorkshire that they must do. He has given the local councils across North Yorkshire an instruction that they must come up with a plan to reconfigure themselves and get rid of district councils. He wants that plan on his desk within two months. In other words, central government has taken a decision about what local people need.

Many months ago, the local councils across Yorkshire unanimously agreed that they wanted one mayor for the whole of Yorkshire, so that they would have a politician with enough clout to go to Westminster with some chance of being listened to. In response, the national government told them that this was not acceptable and that there must be several mayors. It is now telling them this can’t happen without a massive re-organisation. So much for listening to local people or the needs of the North.

Since the national government can redirect resources and send fewer of them to local authorities who refuse to do as they are told, Yorkshire’s elected representatives have no realistic choice other than to obey. There won’t of course be any extra money in total. What there will be is money that used to come via one source moved under the control of another – the new mayors. Some of it will no doubt be spent on nice logos for the new organisations.

A mayor for the whole of Yorkshire made some sense. A new set of sub-regional structures representing bizarre geographical areas doesn’t. One proposal is that Craven, Richmondshire, Hambleton and Harrogate might form one new council and Selby, York, Ryedale and Scarborough will form another. Can anyone even come up with a sensible name for such units? How are the politicians who represent them meant to stay in touch with communities and speak up for them when those communities have no logical geography?

Cynically, one obvious reason for the new structures is that the arrangement is more likely to secure a number of Conservative-led councils than a Yorkshire wide election would. There’s a name for that. Gerrymandering.

Anyone who has ever lived through the re-organisation of any business will tell you that everyone inside the organisation has to spend a lot of time and energy on their own personal future. The business usually suffers in the short term even if everything goes well. Often any promised savings turn out to be illusory and the disruption significantly greater than expected.

Could there be a more stupid priority at the present time than a re-organisation of local government? It turns out that there could: the government is also planning to re-organise the NHS.

I doubt the people who looked after us during the emergency will feel suitably motivated and rewarded as they contemplate the prospect of yet another health service re-organisation.