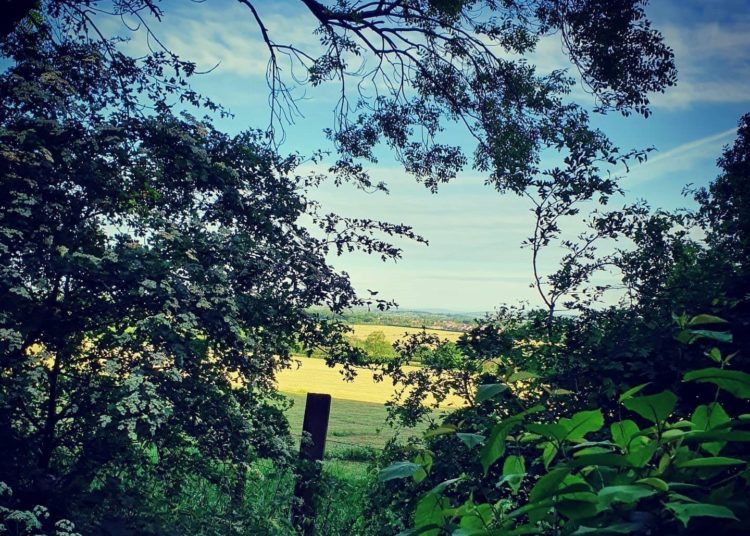 Harrogate Spa Water, now owned by conglomerate Danone, applied last year to increase its Harlow development into two acres of public woods. This means public green space will be lost without compensation. Local environmental groups, Harrogate & District Green Party, Harlow Greens, Harrogate XR, and Pinewoods Conservation Group as well as residents are fighting the expansion and the loss of public land that is not only a benefit to the community but also the environment.

In 2017, Harrogate Spa Water was granted outline planning permission to extend their factory into Rotary Wood, which is owned by Harrogate Borough Council and which is an environmental and community asset. This extension was then increased to cover two acres of the woods in 2019, at which point 294 objections were submitted online to stop the loss of precious public land. The community is still waiting for a decision on the expansion, although no timescale for this has been announced by the council, and while Harrogate Spring Water promised a public consultation on landscaping and compensation plans, there has yet to be any kind of consultation with locals and groups involved.

“Now in this time of urgent need for collaboration we cannot afford to lose what we have fought for, and we need to campaign as strongly as ever to make the people’s voice heard. More than ever we need to empower people to come together to ensure we protect what we truly value and realise we do have the capacity to create the kind of communities we want to live in”.

Harrogate Spring Water is not such a ‘local’ business anymore. French food group Danone acquired a majority stake in Harrogate Water brands earlier this year. The Competition and Markets Authority approved the takeover in June, stating it didn’t cause a “substantial lessening of competition” within the market. This cleared the way for Harrogate Spring Water to join other bottled water brands Evian and Volvic in Danone’s portfolio.

So, given the climate crisis and desperate need to reduce the amount of plastic waste we produce, why are we expanding a water bottling plant in 2020? In the past year, we’ve seen a downturn in bottled water sales, dropping by 6.3 percent in value, equating to a £34.2m decline. The market penetration of bottled water also dropped from 74.9 percent to 74.6 percent. There is other evidence of a shift away from bottled water too, as the public swings behind the urgency of the climate catastrophe. In the past year, branded water value has dropped 7.7 percent and own-brand water value has dropped 5.5 percent. Retailers such as Ikea have reported their reusable water bottle sales have jumped 55 percent, demonstrating a significant shift in consumer behaviour away from purchasing single-use water bottles.

“We can’t allow the fallout from Covid-19 to rewind the efforts we have been working on to end single-use plastics, we have to continue their decline.”

It’s important to ask why the expansion of this large conglomerate is going ahead, when the company itself, Danone, has been hit by lockdown squeeze on bottled water sales. A Reuters report from July 2020 said that, “Shrinking bottled water sales during Covid-19 lockdowns drove down Danone’s quarterly sales, and the company warned costs linked to the pandemic would weigh on its profit margin for the rest of the year.”

The loss of two acres of green space will have a significant impact on the local community. For example, a study by Hasselt University in Belgium showed that growing up in a greener urban environment boosts children’s intelligence and lowers levels of difficult behaviour. Other studies have also shown that access to green space improves the mental health for those who live in urban areas. With more than 50 percent of people now living in cities we cannot afford to lose green space.

The two acres of land that could be sold or leased to Danone for the expansion, is part of the four acre Rotary Centenary Memorial Wood. The wood, funded by Harrogate Rotary Club, contains over 70 native and European species of trees, which were planted by students from Harrogate Army Foundation College and local schoolchildren. The area is widely used by residents, with walking and running tracks and local rights of way.

Rebecca Maunder says, “We can’t allow public areas to be sold to expand environmentally damaging industries, such as the bottled water industry.” If this expansion goes ahead, where will it end? Will there be any way to stop further expansion later down the line or are we doomed to lose our green spaces to big business?

Hannah is a local Green Party member, writer, and social media marketing and content creator. She has always lived in North Yorkshire and is enthusiastic about the outdoors and the environment, protecting it for future generations. Supporting a green and vegan future for our planet.