Alex Toal examines the dynamics at play in South Yorkshire's local elections, with more parties in play and increased competition. 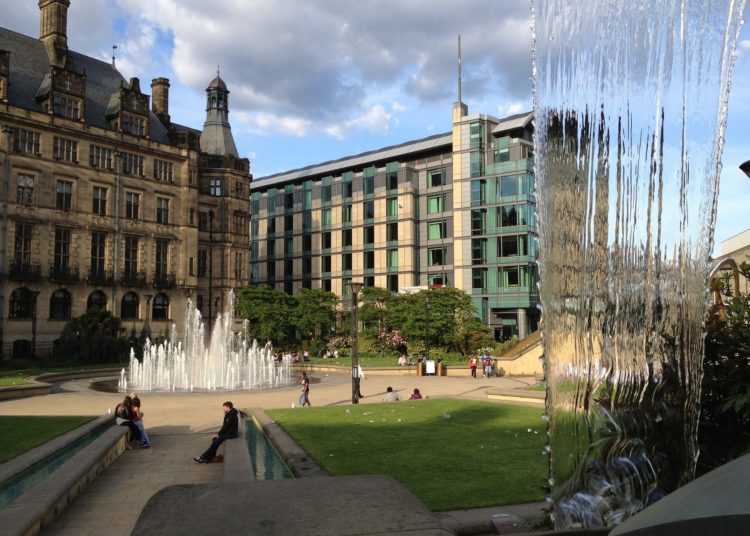 South Yorkshire is comprised of four boroughs: Sheffield, Rotherham, Doncaster, and Barnsley. All have councillors up for election in 2021, and peculiarities about each race make them particularly exciting to watch.

The first is longstanding Labour dominance. Even at the height of Thatcher’s success, the Conservatives only held one of the county’s 15 constituencies. As John Cornwell has written, South Yorkshire was in fact one of the main sources of local government resistance to Thatcher.

The second trend is the tenacity of local independents. Small parties like the Barnsley Independents and Mexborough First have persisted through various elections. In Rotherham, the city’s group of Brexit Party councillors split off to form the Rotherham Democratic Party in 2019.

The third has been a consistent presence of the far right in the county. In 2009, the nationalist English Democrat party won the Doncaster mayoralty, and UKIP has had a steady presence in the county, coming second in the 2016 council elections in Rotherham.

The final trend has been a gradual increase in the presence of the Greens and Liberal Democrats in the Corbyn years. This has been mitigated by the fact that two of the boroughs – Doncaster and Rotherham – have not had local elections since 2017 and 2016 respectively.

A change in the trends?

Why this is interesting, is how these trends may change in 2021. In 2019, the Conservatives had their best ever performance in South Yorkshire, taking three constituencies from Labour across three separate boroughs.

Meanwhile, far-right political parties have collapsed across the country since 2016, Nigel Farage’s new Reform UK is only standing eight candidates in the whole of South Yorkshire, and no one has stepped in to fill this political space.

The unique circumstances of the pandemic will also make it difficult for local independents to campaign, with in-person door-knocking made tricky. Moreover, with Corbyn no longer at Labour’s helm, it is yet to be seen how the dynamics between the three main progressive forces in the county will be affected.

The chances of Labour losing this election are close to none. In both 2012 and 2016, the party won in the first round of voting with 51 percent of the vote.

The incumbent, Alan Billings, is running on a relatively strong record, having managed the force’s response to the Hillsborough inquests well. To oppose him, the Liberal Democrats have put up Sheffield City Councillor Joe Otten, and the Conservatives retired Metropolitan Police superintendent David Chinchen.

In addition to Doncaster city council, Labour’s Ros Jones is up for election as mayor. In 2017, despite a poor set of elections nationally, Labour managed to make gains from UKIP, and currently holds 43 of the council’s 55 seats.

It is unlikely that the broadly popular Mayor Jones will be unseated this year, having won in 2017 with over 50 percent of the vote and having recently received praise for her handling of the pandemic. However, threats may come from Reform UK’s Sijrit Duhre, who came third in Doncaster Central in the 2019 general election.

Moreover, the Green Party is standing a mayoral candidate in Doncaster for the first time since 2005, writer and artist Warren Draper. The Greens have gradually increased their presence in Barnsley and Sheffield, and Draper’s candidacy indicates they intend to pose a serious challenge to Labour. Standing a record 27 candidates across the city, this could be their year to get a foothold on the council.

Similarly, the Conservatives have doubled their nominations to 54. With the field devoid of far-right parties, and a newly blue constituency in Don Valley, they may also be looking at making gains in formerly UKIP wards.

The key questions in this election will be the same as they are nationally. Can the Greens maintain their momentum from the Corbyn years? Can the Conservatives consolidate the former UKIP and Brexit party vote? How will smaller parties be affected by the limitations of the pandemic? Wards to watch will be:

The whole of Rotherham council is up for election this year, having last been elected in 2016. In the last election, in the shadow of the child exploitation disaster that resulted in government commissioners temporarily running the city, UKIP won 29.5 percent of the vote.

This council election, the first in Rotherham since 2016, will be highly volatile. Not only are the formerly UKIP, now Rotherham Democratic Party, councillors standing 40 candidates across the borough, but the Conservatives have again doubled their number of nominations to 42. The Greens and Liberal Democrats have also increased their numbers of candidates.

What makes this even more volatile is that Rotherham has had boundary changes since 2016. How these will impact election results is almost impossible to tell!

This election will thus be an interesting one to look at for voter split, with a full set of parties on the ballot. The Rotherham Democrats may be able to keep the share of the vote that they won as UKIP, but this may be funnelled off to the Tories. Similarly, Starmer’s main achievement as Labour leader has been cannibalising the Lib Dem 2019 vote. If this fails to happen when voters actually go to the polls, it could spell trouble for Labour locally.

Although the ‘ones to watch’ section is difficult to map with boundary changes, one which will certainly be interesting will be Sitwell ward. In 2016, UKIP won all three of the spots here by a hair, and the ward comprises part of Rother Valley constituency, which the Conservatives won in 2019. This year, Labour, the Conservatives, and the Rotherham Democrats are all putting up three candidates to contest the ward.

Only a third of Barnsley’s councillors are up for election this year. Like with Rotherham and Doncaster, Barnsley’s election will be more competitive than in 2016, when they were last held. With Labour defending all but three seats, challenges will come from the Liberal Democrats, Greens, and Barnsley Independents, all of whom are fielding a record number of candidates this year.

Wards to watch will be:

Of all the councils in South Yorkshire, Sheffield’s elections may well be among the most exciting. A third of the councillors are up for election, where Labour holds a majority of only three. Unlike the other cities, the main contenders in Sheffield are other progressives, with 26 Liberal Democrats and eight Greens on the council.

A referendum is also being held, on changing the city’s leadership structure. The referendum proposes changing the current structure of a council leader and cabinet, to give a selection of committees decision-making power instead. If successful, it could lead to a more harmonious existence between the political parties in the city.

A leaked memo in 2020 revealed that Sheffield is among three Yorkshire councils that Labour was worried about losing in the elections scheduled for that year. With the party’s majority in the council damaged during the Corbyn years, they only need to lose three of the 15 seats they’re defending this year, to fall into minority government.

One issue that may dominate the local scene will be a recent inquiry which revealed that the council mishandled the felling of roadside trees, failing to consult communities in the £2.2bn scheme. This is an issue that plays well to the local Green Party, who have campaigned strongly on it from the start.

We also have a lot of data for Sheffield. All of its councillors were elected after boundary changes in 2016, and it had elections of one third of the council in 2018 and 2019. Thus, it is relatively easy to divide the wards into:

Marginal Labour / Liberal Democrats wards where the Lib Dems made gains in 2018 and 2019:

Labour is defending in all of these wards. A bad or mediocre night could see them lose all seven, and with it control of the council. Meanwhile, all of the Liberal Democrat and Green-held wards require relatively significant swings to be taken by any other party.

Given the longstanding political trends in the city, it would not be surprising if Labour were to lose their majority. However, a change of leadership and the unpredictable circumstances of campaigning in a pandemic leave everything in the balance.

Join us next week, as we look to the mayoral race and majorities under threat in our final county: West Yorkshire.