Too many people have yet to recover from austerity mark I, and the effects of the pandemic will be felt for a long time to come. 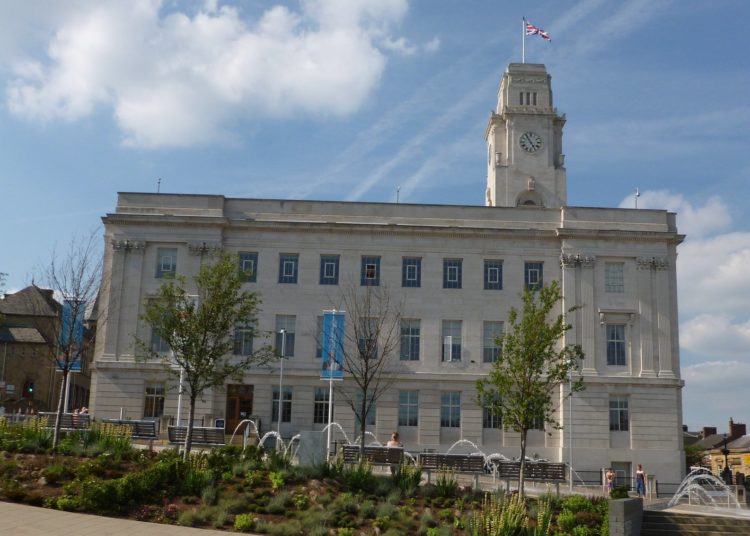 Many ex-mining towns in the North remain poor. Areas that were decimated by the closure of the mines under Thatcher’s government and suffered the harsh consequences of austerity politics under the coalition government, are now getting a glimpse of what a post-Covid future will look like for them. We are now promised a Golden Age of reform by a government that’s been in power for ten years, and we have a prime minister full of sound bites.

For many young people born and raised in these towns, and for those settling in with families of their own, future horizons seem bleak. Can you blame them for their overwhelming sense of disconnect from Westminster, when there appears to be equal disinterest from many of those who sit in the house in the places they know and love?

It is estimated that living standards in regions in the North and the Midlands have fallen even further behind since the outbreak of Covid-19. The battleground constituencies that the prime minister promised to “level up” have been hit with a surge in job losses during the lockdown. Low-income earners are bearing the brunt of a “double injustice”, a term used by the Joseph Rowntree Foundation think tank to explain the situation many such workers have faced during the pandemic. It means they were less able to isolate themselves at home during the pandemic while also being the most exposed to the worst economic effects of the coronavirus crisis.

What kind of future is there for the young people living in these areas? With such high levels of deprivation, it’s hard to imagine a bright one. The pandemic has held a magnifying glass up to problems that are entrenched into their social fabric.

In the first two months of the crisis, the number of 18 to 24-year-olds claiming universal credit almost doubled, from a quarter of a million to over half a million. In the UK, 2.6 million people are currently claiming universal credit or jobseeker’s allowance, meaning a fifth of those claiming are young people. Chancellor Rishi Sunak aims to address this with his aptly named Kickstart Scheme – a revival of the Future Jobs Fund, set up by Gordon Brown and Alastair Darling during the global financial crisis.

Sunak’s scheme will allow employers to offer a six-month work placement for young people aged between 16 and 24 who are claiming universal credit and are at risk of long-term unemployment. But is this scheme just fixing a leaking tap in a burning building? While some will benefit, for others it is simply providing a six-month holiday from unemployment, until employers can’t afford to keep them on and they return to their normality – claiming universal credit.

Just under a month ago, Marcus Rashford dominated the headlines with the success of his campaign to force the government to provide meal vouchers for 1.3 million children over the summer holidays. We now live in a strange reality where we have a government reluctant to help feed the poorest and most vulnerable in society, but who are handing out a tenner off your Nando’s on a Tuesday night.

vEat out to help out’ is a nice line, but jars when many millions of people don’t even have enough money to eat properly at home without help from emergency charitable food provision. The reality of life on benefits is gruelling. Budgets are unbelievably tight. A single person under the age of 25 is able to claim £342.72 per month – that comes in at £67.17 less per month than a single person aged over 25. Couples who are both under 25 have an allowance of £488.59, which is £105.45 less than a couple where either partner is aged over 25.

Emma, 30, a single parent with three kids, knows that the two-child rule means there’ll be no child benefit for baby number three. As a single parent, she relies on the food bank, and on two of the children getting fed at school. As for the kids’ fathers – Covid-19 made one redundant; the other is long-term unemployed with few prospects.

Gary, 33, got sanctioned for missing an appointment when a family member was rushed to hospital and he couldn’t get a bus back to the benefits office on time. So, left penniless he had to scrounge what he could from friends for two weeks. There wasn’t anything left for his kids. There often isn’t and he doesn’t pay maintenance regularly. He says weed and drink dull the sense of hopelessness and being left out.

Both Emma and Gary hail from Barnsley, one of the many Northern towns that seem largely devoid of investment. The housing stock in places like Goldthorpe, a village just east of the town, resembles something from the days of DH Lawrence’s Sons and Lovers: two-up two-downs, damp-ridden and privately owned.

And even council housing doesn’t come cheap. Emma pays £400 per month for her two-bed house, while also paying off council tax arrears from her last house, all of which is deducted directly from her benefits. She is left with £260 per fortnight to cover rent, council tax, utilities and everything else. By her reckoning, that’s about £30 per week left to feed and clothe her three kids and herself. She can’t manage. She starves herself. She’s on long-term anti-depressants.

Not forgetting of course, were Emma six years younger, she’d have even less to live on, with even more meals to skip.

While Labour held on to towns like Barnsley in the election, MP Dan Jarvis’ majority was cut by nearly 12,000 votes, with just over 30 percent of the vote claimed by the Brexit Party. Nearby, many traditionally Labour-held constituencies, like Wakefield, Dewsbury and Don Valley, now make up the “blue wall” that helped Johnson secure his prime ministership. These same areas underpin the government’s “levelling-up” ambitions: an agenda that’s coupled with a wider commitment to the end of austerity. It is important for all those ‘left behind’ that the government delivers on both these promises.

Too many people have yet to recover from austerity mark I, and the effects of the pandemic will be felt for a long time to come. With the Bank of England warning that we are about to face the “worst recession for three hundred years”, and with the full impact of Brexit still to hit, the thought of austerity mark II is almost too much to bear.