On Monday 4 May, Australian company AMP Capital submitted their planning application to Leeds City Council which, if approved, would allow them to more than double the passenger capacity of the airport and reduce restrictions on the times of day planes are allowed to take off and land. 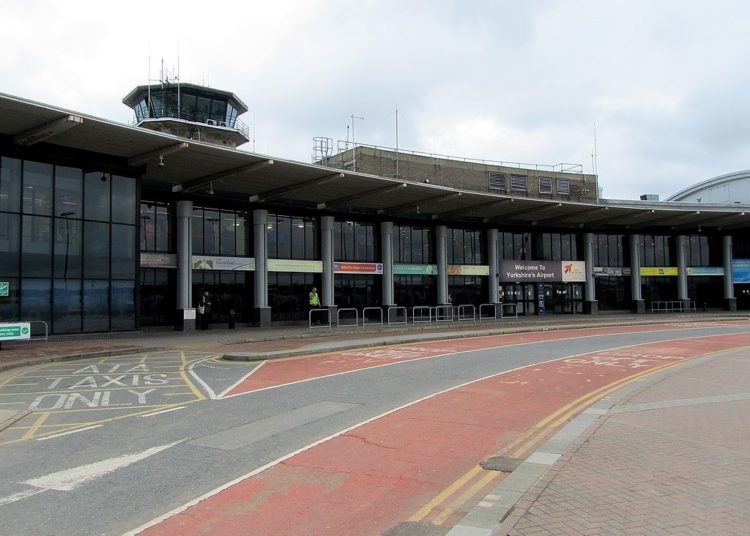 On Monday 4 May, Australian company AMP Capital submitted their planning application to Leeds City Council which, if approved, would allow them to more than double the passenger capacity of the airport and reduce restrictions on the times of day planes are allowed to take off and land.

In March 2019, Leeds City Council followed the lead of many other councils throughout the UK and officially declared a climate emergency. They committed to making the city carbon neutral by 2030 – a goal they have made good progress towards since.

So when a planning application lands in their in-tray that would mean emissions from the airport become higher than emissions from the whole of the rest of Leeds by 2026, it’s hard to see how they could possibly approve it. Not only would the expansion make their target of carbon neutrality by 2030 an impossibility, as well as rendering the time and money spent on the climate emergency so far a complete waste, it would also have huge detrimental effects on residents’ quality of life.

Residents would be burdened with increased traffic congestion due to the huge leap in passenger numbers, as well as damage from the associated carbon emissions and more noise pollution due to the extension of the flight times further into the night. The development would mean that at night, the area surrounding the airport where people will experience LOAEL (the lowest noise dose at which there is an observed adverse effect) will increase by 8.6 square kilometres, to 56.2 square kilometres, meaning 123,000 people would then be affected by noise pollution from the airport.

Leeds Climate Change Citizens Jury – a representative sample of Leeds as a whole – met in Autumn 2019. After attending sessions with scientists and other experts, one of the Jury’s key recommendations was that airport expansion should be stopped. They called on Leeds to lead an ‘environmental revolution’. The people of Leeds clearly do not support the proposals and are keen for their city to be at the forefront of the fight against climate change, as it should be as one of the biggest and most forward-thinking cities in the country.

On top of this, there are legal issues that have to be considered. The Paris Agreement, which mandates limiting the global temperature rise to well below 2°C, and the UK Climate Change Act, which mandates net zero emissions by 2050, legally bind the UK. Not only would airport expansion make Leeds City Council’s own emissions targets unattainable, it would severely undermine the UK’s efforts to meet these legal obligations. The local authorities responsible for Bristol and Stansted airports have recently turned down similar applications for expansion based on their predicted disastrous consequences. And the Court of Appeal’s decision with regards to Heathrow Airport’s expansion proposals should serve as a stark warning of the consequences of ignoring the Paris Agreement and Climate Change Act when making planning decisions.

But putting all that to one side, the Covid-19 pandemic has quite probably changed our way of life forever. With most flights currently grounded, and the potential for flyers having to quarantine for up to two weeks upon entering a new country for the foreseeable future, expanding airports now would make no sense and would only serve to waste time, money and resources. In addition, with the stark reality of the worst recession in living memory on the horizon and a huge spike in unemployment, people simply aren’t going to be jumping on planes to Tenerife when all this blows over. Rubbing salt in the wound of unemployment, financial worry and, for some people, the pain of losing a loved one, by diminishing their air quality, polluting their homes with noise and irreparably damaging the environment for future generations would be, quite frankly, amoral. For more information on the proposed expansion is available HERE.