Julian Sturdy is Conservative MP for York Outer and also a farmer. 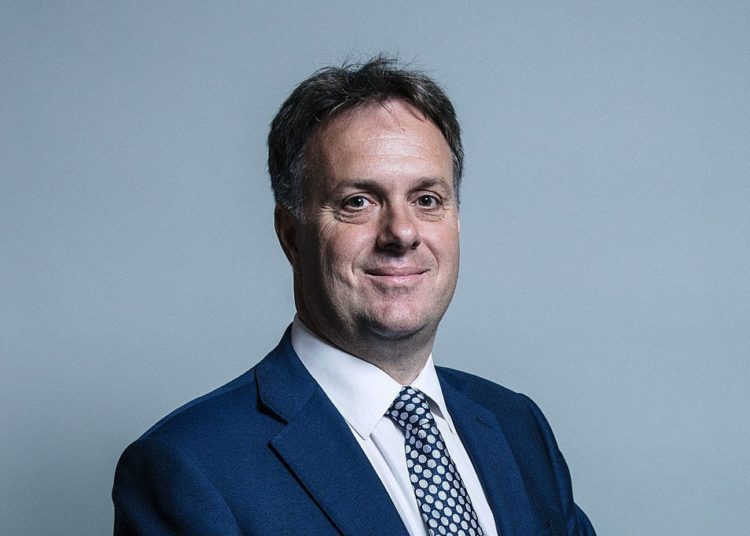 On 22 June 2016 he revealed on his website that he intended to vote to leave the EU which he describes in the same post as either on its way to becoming a super state or alternatively, might not survive at all. Mr Sturdy didn’t seem to be sure which, but clearly wasn’t about to take any chances with any potential challenge to his reasoning. We must leave either way.

The far-sighted MP said the question was whether you thought Britain would be “stronger inside or out of the European Union in ten, twenty and even fifty years’ time. On balance I believe that voting to leave is in Britain’s best interests”.

By May 2017 he seemed to be having second thoughts when the “is” in Britain’s best interests had been downgraded to a “could be” as he ‘clashed’ with York Central MP Rachel Maskell according to the York Press.

It’s all rather puzzling since his father Robert was an MEP for 20 years up to 2014 and the family has received a lot of EU money through the Common Agriculture Policy (CAP) for their farm; or should I say farms? Because they strangely seem to have two or possibly three, in the same small LS22 4EN post code which I assume means twice the paperwork for them and for DEFRA. No doubt there are good crop-growing reasons for two farms sharing the same address, although personally I struggle to see what they might be.

I assume conversations around the family dinner table are a little strained nowadays as the reality of Brexit begins to bite. Mr Sturdy’s father was I believe chair of the pro-EU Britain Stronger In Europe Campaign for North Yorkshire in 2016. But Julian has been through a number of apparent U-turns since then and will no doubt have a few more before Brexit is done.

Speaking in the House on 14 January 2019, against Mrs May’s deal, he said because the 2016 referendum was “not overwhelming” Brexit has to reflect our fellow citizens “preference for a close partnership with Europe”. A year later, on 8 January 2020 when he had the chance to show his support, he was one of 344 MPs, mostly Conservatives who voted against “seeking close alignment with the EU single market” and “against UK rights and protections for workers, consumers and the environment keeping pace with EU standards as a minimum”.

He objected in January 2019 to May’s all UK backstop, keeping us in a customs union if there were no solution to the Irish border, because we could then be held against our will, “with Northern Ireland split off from Great Britain, as there is no mechanism for us to leave without the EU’s consent”. But he voted for Johnson’s Withdrawal Agreement in the Queen’s speech on 24 October 2019 which split Northern Ireland off from Great Britain by creating a customs border down the Irish Sea.

He objected to May’s deal because it was a “leap of faith”. But once Boris Johnson had negotiated a deal that made it certain Northern Ireland would be split off, he voted to support it.

In February 2016 (HERE), he told us he supported Brexit so that, “We will be free from the bureaucratic shackles of the EU to trade more widely and free up business” and he was, “uncomfortable with the fact that EU directives have primacy over our common law system”. Two years later, perhaps recognising that Brexit was in fact a leap of faith and seeing how damaging it will be for some businesses in his constituency, he was asking what steps the government was taking “to ensure continued mutual recognition of Eurocodes design and civil engineering standards for UK and EU companies and other bodies after the UK has left the EU”.

There will be no mutual recognition of standards. This is, and always was, impossible.

He told his constituents in June 2016 if they voted to leave, “we can protect our public services by controlling the number of people coming into Britain from the EU”. By April 2019, he was nervously asking the home secretary in a written question, “what steps he is taking to ensure that new immigration framework will enable the (a) health service and (b) social care sector to continue to recruit overseas staff when necessary”. It would appear he now knows the points based system requires an immigrant worker to be earning at least £25,600 a year, which will put most jobs in the care sector out of reach of immigrants and devastate the social care sector.

As Brexit rumbles disastrously on perhaps Julian might hear himself speaking in the House of Commons back in July 2014, when he said, “For me, CAP reform should always be about simplification, encouraging a level playing field and inspiring competition and innovation”.

By innovation he means GMOs. As chair of the all-party parliamentary group (APPG) on science and technology in agriculture, he has called for the UK to ditch EU rules and go for what he coyly calls “precision breeding tools”.

But outside the EU he is obviously getting worried that the playing field will be anything but level, as his Brexiter colleagues strain every sinew to get a trade deal with the USA’s huge agri-food industry and its widespread embrace of banned pesticides, antibiotics, growth hormones and GM crops. In May, he rebelled and spoke and voted in favour of Neil Parrish’s failed amendment to ensure post-Brexit food imports meet British animal welfare, environmental and plant health standards. And in July, he voted for Jonathan Djanogly’s amendment to give parliament more scrutiny over trade deals, but failed in that too.

Is Mr Sturdy repenting? His record after 2016 suggests he might be.

Sturdy is incidentally one of those MPs who continues to employ his wife Victoria as part-time secretary despite the parliamentary standards authority saying in 2017 “the employment of ‘connected parties’ is out of step with modern employment practice, which requires fair and open recruitment to encourage diversity in the workplace”.