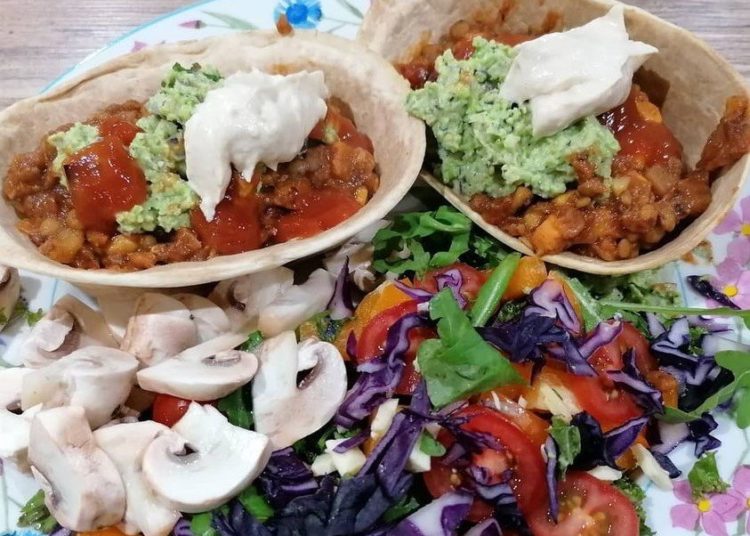 How do you feel about your little ones being given a meat free school dinner one day a week? Research suggests that the one single thing we can all do to help solve the climate crisis and prevent future pandemics is to move away from eating meat, fish and dairy products every day. As a result, East Riding Council has introduced Meat Free Mondays in their schools.

Meat Free Monday was launched by Paul, Mary and Stella McCartney in 2009 with the intention of raising awareness of the damaging environmental impact of animal agriculture and industrial fishing. The campaign encourages people to help slow down climate change, conserve precious natural resources and improve their health by having at least one plant-based day each week. The campaign is supported by celebrities including Joanna Lumley, Jamie Oliver, Ainsley Harriott and Victoria Pendleton.

If we are to tackle this climate emergency and prevent future pandemics, it’s really important that we get our children on board with us. Climate change will be their problem for the next 50 years or more, so let’s get them involved now. This small step is something they can be proud of taking because they will be actively helping to protect the environment, not just for their own sakes but also to preserve the diversity of life on the planet.

Meat free certainly doesn’t mean nutrition free; the meals can be well balanced and tasty and I doubt the children would even realise the absence of meat if no one told them. Food is food. If it looks appetising, tastes good and has a high nutritional value, there can be no reason to dislike it. Or maybe your children don’t stay for school dinners, so perhaps you could join them for lunch at home with beans on toast or Quorn dippers and salad, or you could get adventurous and make a nut loaf!

I belong to a group of dedicated environmental campaigners called Humane Being and we have a campaign called Scrap Factory Farming, aimed at putting an end to the rise of factory farms. In these farms, thousands of animals are crammed into one place and kept in distressing and unnatural conditions. The farms also add massively to both climate change and ill health for ourselves and our children.

A major problem is the creation of huge amounts of ammonia. Formed from the breakdown of manure protein, uric acid, and urea during manure storage and decomposition, it seeps into the air and can travel up to 300 miles, causing pollution miles away from the farm. This ammonia can cause significant heart, pulmonary and respiratory problems, as well as child asthma, especially when it reaches the city and mixes with car emissions. Remember the industrial revolution, with the smog, the smoke, the pollution, and how sick people got with the bad air? Well factory farms are fast becoming the 21st-century version of this.

Perhaps the most significant thing we need to know about factory farms is their use of antibiotics. The animals live in such abysmal and insanitary conditions that they need antibiotics daily to combat disease. You might be shocked to know that due to the overuse of these drugs, diseases are becoming resistant and eventually antibiotics could be useless to them and to us too. In fact, one day we may find that antibiotics can’t fight off the most common of infections. Standing on a nail (and who hasn’t done that?) could literally kill us.

This is why we welcome East Riding Council’s introduction of ‘Meat Free Mondays’ on their school dinner menus and hope they will lead the way to many more councils taking part in this. If everyone puts just one little piece of their heart into sorting this terrible mess out, we stand a better chance of living to old age and having healthy children and grandchildren. It would be great if every council joined in and the whole of Britain had this one meat free day a week in their schools.

And if these councils also stopped giving approval for so many new factory farms to be built, that would be another massive step towards saving our planet. If you agree, you could contact your local councillors and put Meat Free Monday to them (at Scrap Factory Farming we’d be happy to help you with this, just contact us via our Facebook page). Or perhaps rather than meat free food, let’s call it planet-friendly food, because that’s just what it is.

Ironically, it’s the huge amount of meat that we buy that creates the need for these mega farms and it’s these mega farms that are essentially killing us. Future generations will not forgive us if we don’t get this right, and we don’t have much time left to turn things around. Happy Meat Free Monday to you all.

Lesley is 68yrs old and has been married for 50yrs. She's a mum of 2, a grandma of 2, an animal activist and a prolific amateur singer/song writer. Lesley has lived on a plant-based diet for 40 years - originally because of animal cruelty but now also due to the state of the planet. Her main aim in life, even if only to play a tiny part in laying the foundation for change, is to make some difference to the planet and the poor desperate animals.