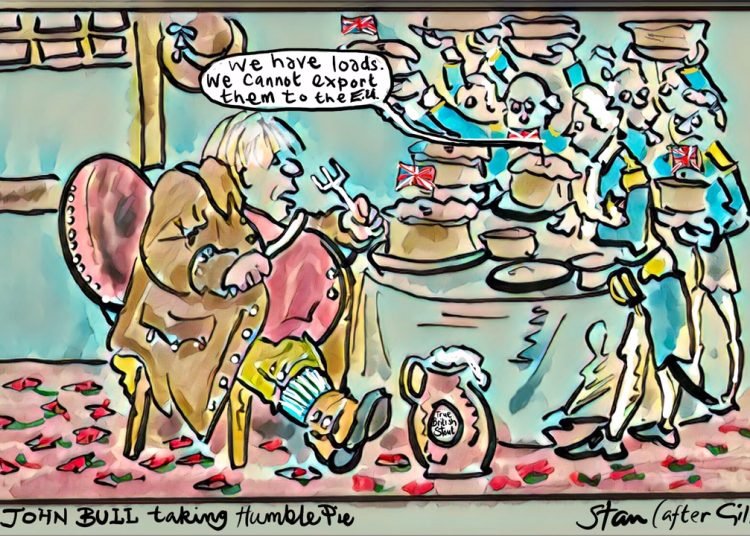 Johnson eating all the pies, cartoon by Stan (UK pies will be banned from export to the EU unless ingredients come from Brussels-approved farms)

The prime minister’s had a tough week. So have I. Johnson may have done yet another U-turn on HS2 and Northern Powerhouse Rail, but he’s had it easy. I’ve got information-age problems and the only solution is a pie.

Though the PM may look like a man not immune to the solace obtainable via comfort-eating, I reckon I’ve got the edge, despite the appearance of my finely-honed physique.

For instance, just yesterday morning, I was working on the livestream broadcast at our local church when the camera app went belly up. This meant viewers were forced to listen to the choir’s tribute to St Cecilia over an extreme close-up of a cupboard. Though Andy Warhol might have approved, this wasn’t really the desired effect. Despite employing all the traditional skills acquired over generations, (switching it on and off, pulling the mains cable out of the ethernet box then putting it back in again, phoning the bloke who understands it on his holidays in Finland … the usual), my morale was at rock-bottom.

At such times, the exasperation caused can, I believe, only be quelled by an ancient technique passed on through generations of males in our family. Thinking about pies.

The only question for me was whether it was with peas or beans. Prelapsarian bliss. Look it up.

As this gravy-based reverie brought some healing to my part of South Wakefield, I had one of those Eureka moments they have now. 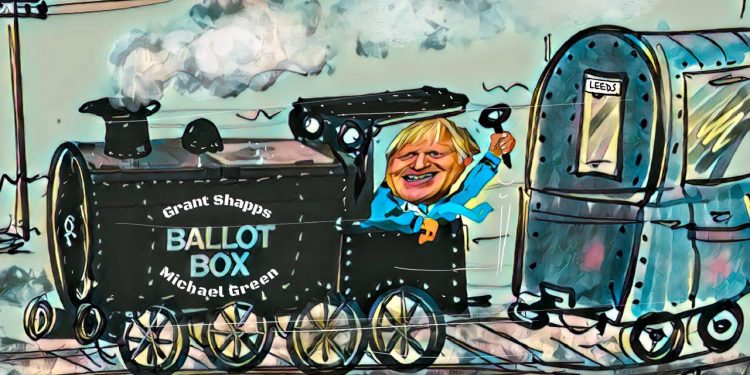 I realised that, within a ten-minute stroll of where I wasn’t broadcasting a church service that wasn’t going entirely to plan, there was, however, a trio of venues for food-based balm for the soul. A Bermuda Triangle of comfort-eating, as it were.

Up the hill, Castle Café was open, its superstar pies already having been advertised on Facebook going into the oven. Down the hill, Noble’s butchers at Busy Corner, (see Pies of the Week passim), not only had two different types of locally sourced pork sausage, but, sensationally, had just installed a new hot counter. A quick stagger eastwards and Whisk Coffee and Cake café in Walton offered its weekend smorgasbord of cooked breakfasts and cakes to induce gluttony. To put the thing in perspective, they offer a sticky flapjack that not only has chocolate on, but also Rolos. Yes, ROLOS.

Though comforted, I now felt flabbier than the prime minister. Then it hit me.

Instead of repeatedly promising transport infrastructure schemes conceived, like one of the PM’s children, in the heat of a moment of passion that Charles Moore liked the sound of, maybe the Tories could instead win over voters by subsidising local butchers and cafés. It’d be more climate friendly than anything that dribbled out of Johnson’s mouth like word-gravy, and it’d certainly be cheaper.

As always, the answer to the North’s problems is already here. Just give us the money, return to that London posthaste, and leave us to it.

And pay for your own wallpaper!