Wednesday 13 May 2020; it was my mum’s funeral today. Nine people were allowed to attend. 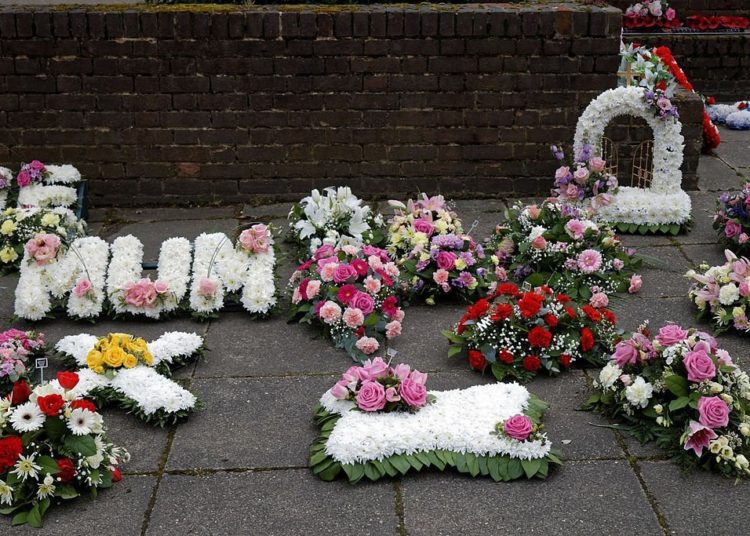 Wednesday 13 May 2020; it was my mum’s funeral today. Nine people were allowed to attend.

She died of Covid-19 one month ago in her care home in Wakefield; she was 93 years old.

Don’t tell me “she’s done well”; don’t say “she’s had a good innings”. I do not want to hear that! Two months ago she was well. For sure, her mental capacity fluctuated and she could be confused at times, but she was not ill, she was determined. We expected her to live to 100.

The fact that she didn’t isn’t a cruel twist of fate.

The fact that she didn’t is due to the fact that she lived in a care home in a country that is being governed by a gang of inept frauds, hopelessly out of their depth in the task of running this country. They would be out of their depth at the best of times; in these times of international crisis they are exposed as fakes and charlatans, only in place because they can bluster a good yarn.

And they’ve been taught by the best.

The man they learned from, the man they kowtow to, is the reason my mum has not made it to 100.

Boris Johnson runs this country. He yarned, blarneyed and blustered his way into the role. A man on a mission to glorify himself and lead his troops on a 2nd glorious, Dunkirk-like retreat from Europe. People who knew him, and a huge number of people who didn’t, were aware of his shallowness and his single-minded effort to be prime minister. But too many more people weren’t.

And then the whole world was caught out.

When we needed leaders of vision, of integrity, of strength, wisdom and compassion – like in New Zealand, South Korea and Australia – we got Boris Johnson.

Boris Johnson, who thinks that the death of my mother is a price worth paying.

He didn’t tell me that personally, I know it from his actions (and lack of them) over the past five months. In the time leading up to, and then through, this global nightmare, Boris Johnson had the opportunity to make sure my mum made it to 100.

When the world faced its biggest existential threat since World War Two and needed real leaders, we got Boris Johnson (a sad irony, in that Johnson surely sees himself as Churchill reborn).

He could have prepared the country in advance – he knew it was coming.

He could have listened to people who knew how to deal with it – instead he listened to the poisonous voices of the cabal, bespoiled by their far-right agenda. (What’s the real motive for trying ‘Herd Immunity’?)

He could have taken up the offers of proper protective and testing equipment – instead he repaid his cronies.

My mum would have been a price they paid with great regret and remorse, and not for the want of their wholehearted effort.

And I could have lived with that.

We had a chance to reject such failings, such flaws, back in December – before we plunged into the Covid morass. But instead we elected them. We handed an increased majority to the very embodiment of those failings.

If Boris Johnson continues as leader once we emerge from the tunnel, if we are prepared to give him another chance – if he’s a price we’re willing to pay – then there is no hope for the survival of this country because it, like my mum, is already dead.

Fuelling the recovery: the case for raising fuel duty