John Hebden was an impressive 18th century Yorkist composer, whose work was rediscovered in 1980, and added to the British Museum archives. 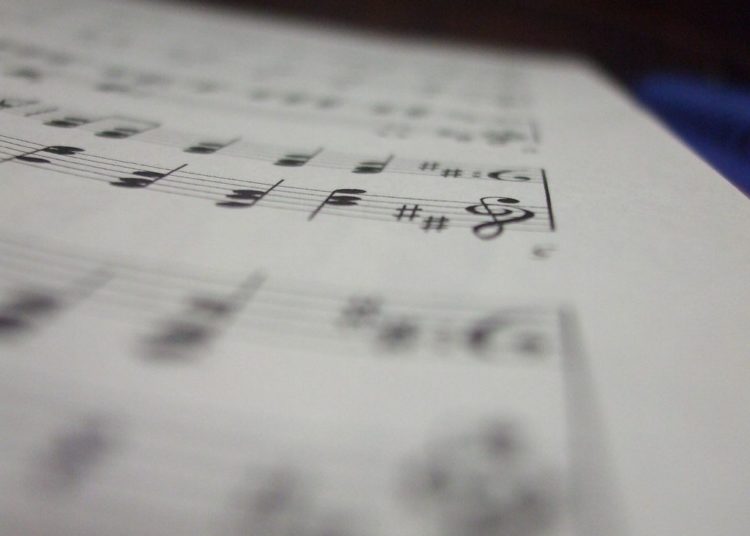 "Sheet music." by jonisanowl is licensed under CC BY-SA 2.0

Among all the famous names of people from Yorkshire that have distinguished themselves in various fields, there are a number of striking but often overlooked figures in the history of the God’s own county. One of these is surely John Hebden, a baroque composer who left his mark on the music of the 18th century both in Britain and abroad.

Baptised on 21 July 1712 in Spofforth, John Hebden was the son of a merchant from Plumpton. He was sadly orphaned during his childhood but was lucky enough to have received an excellent education that also included high quality musical tuition.

He became an excellent cellist and a virtuoso bassoonist at a young age and was a founding member of a York-based orchestra that also included some proficient German and Italian musicians who had moved to England.

Becoming a composer: the York orchestra

The newly built York Assembly Rooms were the venue of the vast majority of their performances and Hebden’s reputation grew steadily during the 1730s.

The music he composed for the York orchestra was a key factor in his climb to fame: his style was suspended between the baroque school, drawing inspiration from the works of Henry Purcell (1659–1695) and Francesco Saverio Geminiani (1687–1762), and the traditional music from his native area.

In fact, especially in his most famous compositions, it is possible to discover a surprising number of elements taken from the folk repertoire such as jig and hornpipe settings or melodies heavily influenced by Yorkshire country-dances.

York was Hebden’s home for decades and it was there that, on 17 June 1732, he married Mary Priestland. They had a child, John, but sadly, Mary died when their son was still young. Years later Hebden bequeathed some money to be held in trust for his son with whom he never had a serene relationship.

In the first half of the 1740s, Hebden moved to London to take the place of principal cellist and bassoonist in the orchestra at Vauxhall Gardens under the supervision of Thomas Arne. It is possible to recognise him in the painting of that orchestra by Italian artist Canaletto, who was in London during that period.

He was a performing musician and only occasionally a teacher, so his average income was not very high, but it was in that decade that he composed the works for which he gained an international reputation.

In 1745, he composed his six sonatas for flute and keyboard that were printed in about 200 copies and he travelled throughout Europe, especially in Germany, receiving a rapturous response from his Prussian colleagues. Unfortunately, no complete recording of these works exists in the present day.

The story of Hebden’s most famous set of concertos is more compelling and fascinating. He started writing his six concertos for strings in 1745 but he published them only in 1749 in approximatively 500 copies.

These works were only rediscovered fairly recently in 1980. Ruzena Wood, then repertoire consultant for the group Cantilena, had become interested in Hebden’s music after studying his first sonata for flute and keyboard, so she started looking for possible works for strings by the Yorkshire composer.

Moreover, an incomplete copy of Hebden’s most notable works belongs to a private collection in the city of Durham.

An innovative and influential composer

Not only were his compositions inspired both by the music of their time and the traditional roots of his geographical area, but they were a fundamental milestone in the development of European music.

In his six concertos for strings, lively ceremonial passages and sentimental movements, the latter sounding quite innovative for that period, follow each other producing ever-changing soundscapes that proved to be highly influential for renowned composers in the following centuries.

Composers of the romantic era were very much interested in musical expressiveness, sometimes even at the expense of ensemble architecture, gradually moving away from the intricate harmonies of the baroque period.

Hebden can be considered to have been as influential as more prolific composers such as Johan Sebastian Bach or Jean-Philippe Rameau on the development of music of the late 18th and 19th century thanks to his ability to compose music in baroque style but with a poetical, almost lyrical, élan, creating harmonies that only became dominant some decades after his death.

Hebden’s reputation, both in Britain and abroad, especially in Germany, was very strong and positive. He surely therefore deserves to be remembered with a plaque or a statue in Yorkshire, maybe in York, where he took his first musical steps and started refining his composition skills to become one of the greatest musical minds of his generation.