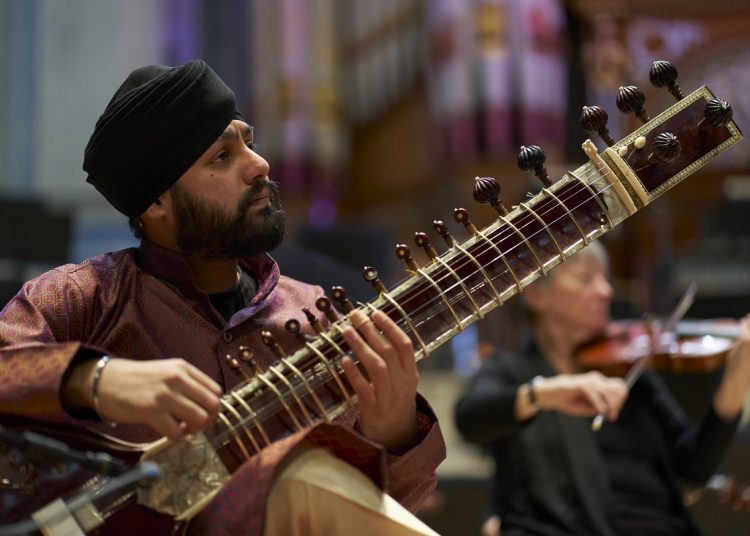 Opera North’s 18-month appointment of Jasdeep Singh Degun as its artist in residence is part of a new programme bringing leading artists from non-western traditions into the company. It signals the company’s central commitment to ensuring diversity in all its activities and to creating work that is relevant and connects with as many people from as many different communities as possible.

Raised in Leeds, Degun has an impressive background as a virtuoso performer and composer. His many performances in the UK and abroad include a late-night BBC prom at the Albert Hall, a concert for the United Nations opening in 2012 of the amphitheatre in Doha, Qatar, a sell-out performance in 2019 of music from his debut album Anomaly (released this month by Real World Records) at the Purcell Room in London, and a 2011 gig at Buckingham Palace!

He started his adventure with Opera North in 2017, coming in as musical director for Partition, a workshop collaboration between the company and South-Asian Arts-uk. In 2020 he composed a sitar concerto entitled Arya for the orchestra of Opera North with himself as soloist. First performed at Huddersfield Town Hall, it then toured to Durham and Manchester prior to lockdown.

With the partnership spanning over five years, Singh Degun is now working with baroque music specialist Laurence Cummings on directing and producing Opera North and South Asian-Arts-uk’s new project, ‘Orpheus’. This is a reimagining Monteverdi’s 1607 masterpiece in a way that is described as bringing together the traditions of South Asian and western classical music. Now on top of that he has this new Artist in Residence partnership, which the sitarist says he is “very much looking forward to”.

Now, with Degun’s residency at Opera North continuing until October 2023, the company plan to give him “presence and influence” throughout. Dominic Grey, project director for Opera North says: “over the coming 18 months we’ll work together to find the myriad ways this unique artistic relationship can grow and flourish, and we’re excited to see what new and as yet undreamt-of musical encounters will come out it”.

The intention is for the charismatic Degun to share his music and talent with new artists, young people and the wider community.

The venture will help him develop his musical ability at Opera North through programmes and conversations, while also allowing him to do his own freelance work. He will also have input into planning and management at the company and work with its main producing areas, for example the orchestra, the chorus and the education wing.

Richard Mantle, Opera North’s general director, commented on the project, saying, “I am delighted that we have restored the role of Artist in Residence, which will bring a fresh and fruitful dimension to our work”. 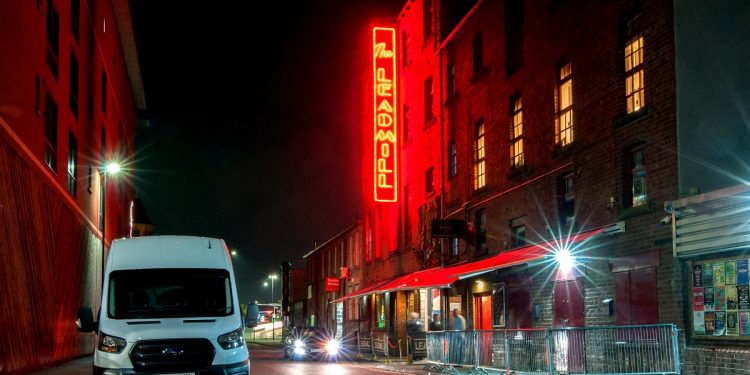 In conversation with Opera North’s project director, I was able to gather how Degun’s arrival fits with the plans for the company. Grey said he was very eager to learn from him and from the music Degun brings from his cultural background. Wanting to keep his “eyes and ears open”, he hopes that having the sitarist in the ranks will also help some of Opera North’s core musicians to raise their game and expand their knowledge of different musical cultures.

Grey said that Degun’s years of service with Opera North since their first collaboration on Partition in 2017 have created a standout connection between him and the company: he “gets the way Opera North works and knows how to improve”. Furthermore, with Degun’s Leeds background and his ability to hit the ground running on any of his projects, the project director knew that he would be perfect for this artist in residence role.

The new partnership is set to reach a variety of new audiences, but Grey feels it should also excite committed opera fans, as “it will keep people surprised, entertained and challenged”. Also, with an extra focus on small scale community work and taking risks in the industry it will be interesting to see what this partnership will develop into.

Managing to get a couple questions off to Degun himself, here’s what he had to say about this award and the future for him and Opera North.

How would you describe your relationship with Opera North?

My relationship with Opera North began in 2017 with my work as musical director on Partition, commemorating the anniversary of the division of India and Pakistan in partnership with South Asian Arts-UK. Since then, I’ve taken on more and more substantial projects with the company: the Orchestra of Opera North commissioned and premiered my sitar concerto Arya in 2020, and now I’m hard at work composing and arranging our new and radical take on Monteverdi’s Orpheus, which we’ll unveil at Leeds Grand Theatre this October. It’s felt like an organic progression, founded on mutual respect, and at each stage I’ve felt supported by all areas of the company.

What does this award/position mean to you?

Being offered the position of Artist in Residence at Opera North means so much to me: it’s not often that Indian classical music gets recognition from an organisation working in the western tradition, and this shows that things are changing. It really feels like an acknowledgement that the two traditions are on a par with each other, in terms of discipline, sophistication –and value. And being from Leeds and having grown up in parallel with Opera North, it feels like joining the local team!

Is there anything in the future to look forward to?

I’ve just released my debut album, Anomaly, which I’ve been working on for a long time with Nitin Sawhney and some incredible collaborators. I’ll be taking that on the road, including a date at the WOMAD festival. After a long delay due to the pandemic, we recently recorded my sitar concerto Arya with the Orchestra of Opera North, so I’m excited to bring that to a wider audience eventually. And I’m really looking forward to the programming element of my residency, bringing Indian classical musicians and singers into the Howard Assembly Room and Opera North’s other stages, curating lots of interesting new combinations, and bringing in some expertise from the outside.