Making a weekend out of a James Blunt concert in Leeds, with a stay at the Radisson Blu hotel and a meal at Miller and Carter 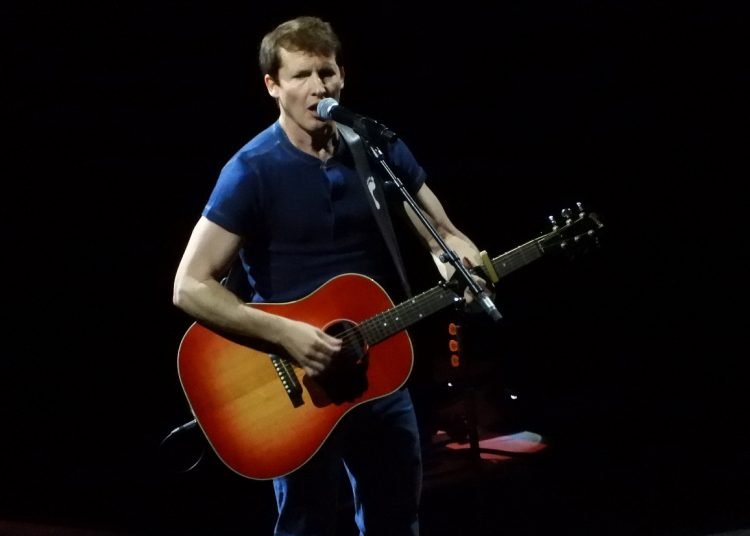 Over the years I’ve travelled through some treacherous weather conditions to attend various concerts, from setting off walking in a snow blizzard and hitching a lift, to almost having my car blown over with the latest winter storm.

It’s easier and more appealing, in my opinion, to turn a concert trip into a mini staycation or weekend break.

When James Blunt was playing a concert in Leeds, I stayed in the centre of the city at the Radisson Blu at The Light, the shopping centre close to Leeds Arena. The hotel is one of those places that I have walked past many times but never ventured inside.

We stayed in a junior suite, which although quite business-like, was a functional, open, nicely designed room. But you might be lucky and get an upgrade (or there’s no harm in asking!)

International hotels tend to give the feeling that you could be anywhere in the world – Leeds, Lyon, or Lisbon! But the restaurant at the Radisson Blu had an area dedicated to all things Leeds – from the Kaiser Chiefs to Billy Bremner, and a sign on the wall reading “Put the Kettle on”. Now it felt like Leeds.

For our evening meal we ate at Miller and Carter, a steakhouse located on the Headrow, near the Light. We discovered – albeit too late – that customers attending concerts or theatre shows receive a twenty percent discount at the hotel restaurant.

Though they call it a restaurant, Miller and Carter felt more like an upmarket pub; but they must be doing something right because the place was full. The service was attentive and prices were reasonable – £16.95 for an 8oz rump steak with chips, peppercorn sauce, a lettuce wedge and onion loaf. My partner’s slow-cooked belly pork was far from slow-cooked, and sadly too dry, though the server was able to give us a new one.

The deserts were nice. Vanilla panna cotta cost £7.25, though this was a bit steep for my Yorkshire pockets. The knickerbocker glory sundae priced a £7.50 was excellent.

Keeping everything Yorkshire-oriented, we made our way to the arena for the James Blunt gig. The singer-songwriter once revealed that due to his father’s military career, which required the family to move every two years, he had lived in Strensall, just outside of York for some time.

His current tour, ‘The Stars Beneath my Feet’ is named after his recently released ‘greatest hits’ album. The tour started early February and is set to finish in July in London.

Blunt’s dry wit and self-deprecating comments were at odds with the easy-going nature of his music. “We were going to call this the Omicron tour” he joked, “Feel It, Spread It, Love It” he added.

There is more to James Blunt than meets the eye (or ears)! His top hit, ‘You’re Beautiful’ was just one of the many great songs he played, including the Ed Sheeran-like track ‘Postcards’, and the Euro pop, ‘OK’.

His performance of ‘Monsters’ was poignant. It is a touching piece dedicated to the farewell of his father, and you could certainly hear the quiver in his voice when he sang.

The sound at concerts is often too loud and not enjoyable, requiring me to wear ear plugs. But Blunt has fortunately employed a good sound technician!

Staying the night in Leeds

As he walked off the stage after a two-hour enthralling concert, John Denver’s ‘Take Me Home Country Roads’ played. No country roads for me and my partner to travel back on; instead, we headed back to our cosy hotel.

One of the songs Blunt played, ‘Stay the Night’, suggested that we had made the right decision to stay over in the city!