Spare a thought this weekend for Hull, with the news that ministers will be using new powers to buy land to provide Brexit lorry parks and customs facilities, to deal with the extra border checks around the Humber. 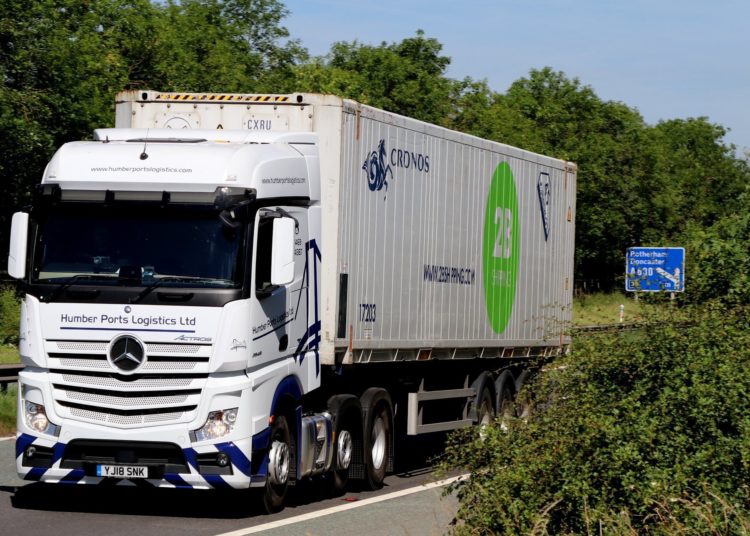 Spare a thought this weekend for Hull, with the news that ministers will be using new powers to buy land to provide Brexit lorry parks and customs facilities, to deal with the extra border checks around the Humber. In a case of “no shit Sherlock”, the government has finally woken up to the fact of what Brexit means for our ports. And what it means for traffic around our ports. Parks are no longer for kids – they are for lorries. Lots of them.

The Humber ports complex – consisting of Hull, Immingham, Grimsby and Goole – is the busiest in the country, accounting for 23 percent of goods that travel through English ports. Approximately 150 million kilos of food are imported from the EU – much of which has a shelf life. For nearly 50 years, the lorries have rolled on and rolled off the ferries with no checks. But, once we have left the transition period, border checks are inevitable, along with a requirement to produce export health certificates and make customs, safety and security declarations.

All this will require a degree of checking that has largely been non-existent for the last 40 years, as full customs controls come into place. On Thursday, Robert Jenrick, secretary of state for housing, communities and local government used a statutory instrument to bring in sweeping powers to build the lorry parks.

The use, or should that be the abuse, of statutory instruments is in itself controversial. This parliamentary device was introduced in the 1940s, to free up parliamentary time by allowing changes to laws without a full debate and a vote in the Commons. In the past, it would have been for small legislative and less controversial changes. Over the years, this has morphed into significant changes to legislation being made without the full scrutiny of parliament. In a notable case, reported by the Independent, George Osborne unsuccessfully tried to use a statutory instrument to force through more than £4bn worth of tax credit cuts without a debate on the floor of the House of Commons.

This latest statutory instrument gives the secretary of state sweeping powers in 29 different local authority areas without the need for planning permission or the approval of local councils. The order, breathtaking in its scope, grants “temporary planning permission” for development, consisting of the use of land for the stationing and processing of vehicles (particularly goods vehicles). Although it is shown as “temporary”, it will be in place until 2025. That’s not just land at the port, or next to the port, but any land within the local authority area. In Hull’s case that’s 71.45 square km or 27.59 square miles.

The government acknowledges in its explanatory memorandum that in some ports there is limited space for the new facilities needed, which means it will have to go further inland to build its structures. Hence the need to have access to ALL a local authority’s land.

A few weeks ago, Hull Live reported that at least one potential inland location has been identified in Hull, but what seems still unresolved is who picks up the costs for these lorry parks. Rumour has it that the Humber Bridge car park will be used for one location, although this is currently being deployed as a drive-in coronavirus testing station.

The Humber Local Resilience Forum carried out a risk assessment two years ago on the possible impact of Brexit on the local road network. It found, unsurprisingly, that there would be increased congestion. Add to this the £355m Castle Street improvement scheme that won’t be completed for another four years and is already causing delays, and you have a planner’s nightmare.

None of this is news. Last year, local planning chiefs were looking at various scenarios as part of their Operation Wellington plans. They found that a large section of the M62 heading to Hull could be shut to house Europe-bound lorries in a “worst-case” Brexit. Some of this is down to volume. This is the busiest port complex in the UK according to Humber Local Enterprise Partnership (LEP). Killingholme is a roll-on roll-off Europe-trading port; Hull is the UK’s fourth largest passenger port; Grimsby is a nationally significant car import terminal handling 500,000 imported vehicles a year; whilst Immingham specialises in oil and coal – it moves 750,000 units a year there, which is one every 40 seconds.

An additional problem is the poor infrastructure and connectivity between the Humber and the rest of the region. The report from Humber LEP also notes significant constraints – both road and rail – that impinge on movements in and out of the Humber ports. There are issues with the capacity of the road system on the North Bank, and the existing east-west rail infrastructure prevents direct movement of modern containers. The pressure on the M62 is enormous and is set to grow, as more goods divert north, according to the National.

One can forgive the frustration of those trying to plan. On Friday, the Hull Daily Mail reported Chris Blacksell, who is chair of the emergency planning body the Humber Resilience Forum (HRF), saying, “Humber LRF asked several months ago whether we will have any inland border inspection points or need any lorry parks but we haven’t had a response yet”. Neither has the local MP Emma Hardy been informed, despite written questions to the government. And it’s still not clear whether Hull and Goole Port Health Authority, responsible for carrying out inspections, will receive extra funding to recruit more staff.

To make matters worse for the government, a leaked document penned by an official in the border and protocol delivery group, suggests that current plans to get Britain’s borders ready for trade from 1 January next year are “unmanageable”. According to the Independent the leaked document lays bare the problems ahead when the UK leaves the EU, with haulage firms citing that systems are not yet in place. Sarah Laouadi, European policy manager at Logistics UK, told the Independent:

“We are concerned that mass user testing of the software will not be possible until October – or maybe even November”.

Not only are the systems not ready, but there are up to ten new systems that haulage and freight companies will have to navigate their way round. Daniel Hewitt, ITV political correspondent, tweeted:

In a sign of how bad things are looking, the government rolled out Grant Shapps, who told BBC Radio 4’s Today programme on Friday that he had, “very, very regular contact” with “people like the Road Haulage Association”. According to the Guardian, a government spokesperson said they had received the letter and would respond, adding that the border operating model published earlier this summer detailed its approach. Phew, that’s all right then.

So worry not people of Hull, and those living in the other 28 local authority areas destined for lorry parks; the government has got this. Everything is in place, despite nothing being in place. And you are taking back control – despite the government circumventing parliament and emergency powers being applied. Many of you will be paying a heavy price this autumn and winter, with the most almighty disruption to your communities and on your livelihoods. Never has the phrase ‘jam tomorrow’ been more apt for Brexit.