Ahead of the elections this week, Alex Toal speaks with Councillor Andrew Cooper, the Green Party candidate to be the first mayor of West Yorkshire. 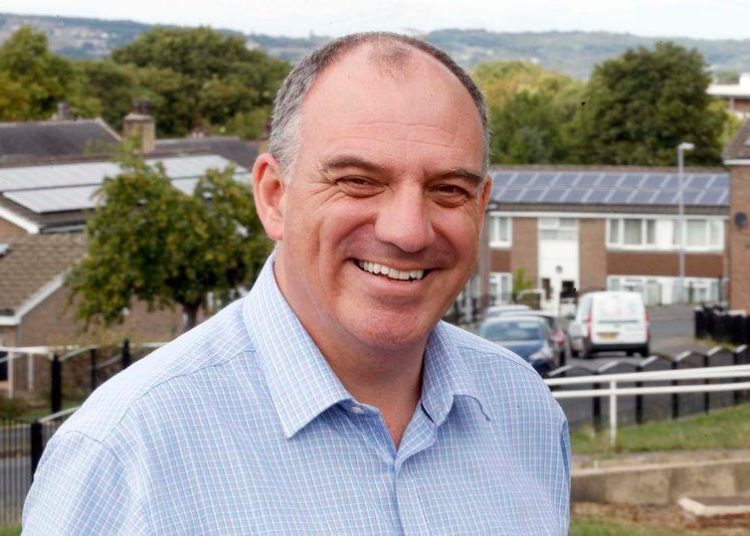 Andrew Cooper: image from the candidate

The appearance of being ‘relatable’ has always been important in politics. The pub trip photo-op has become a staple of electoral campaigning, and candidates can be savaged for their apparent detachment from reality. Long after their disappearance from frontline politics, people still remember Ed Miliband as the sandwich-mangler, and Theresa May as the wheat-field sprinter.

With Andrew Cooper, leader of the Green Party’s grouping on Kirklees Council, and the party’s candidate for West Yorkshire mayor, this relatability isn’t a mirage. I am used to interviewing politicians, people who had message agendas and talking points.

Yet this clearly wasn’t the case with Cooper, and came through in my first question, when I asked him whether he had a political hero. It was the sort of question that many politicians would have a prepared answer for, but he paused, getting his thoughts together:

“I generally don’t do heroes … there are loads of good folks out there, and it doesn’t mean that I don’t appreciate them or what they do”.

In its own way, however, the answer was illuminating. Throughout the interview, it became clear why Cooper doesn’t have a political hero: because he is far from embracing personality-driven politics. He is a local councillor, and he is running for the West Yorkshire position not to elevate his own profile, but to serve his community.

One of Cooper’s primary focuses is on ensuring representation, whether at a community or regional level. On the day that we were talking, Tier 3 restrictions had been announced for West Yorkshire, and I asked him about what he thought about them.

“I don’t really regard them as negotiations, they are an imposition. In many ways it’s business as usual: national governments impose on local governments telling them what they’re going to do”.

But his concerns are not only with how national government might impose on local councils, but on how a potential West Yorkshire mayor might override smaller communities within the region:

“The mayoral position could be an elected dictatorship, you’re asking one person to represent 2.3 million people, without the safeguards that other places have like the Greater London Assembly, where they’ve got to sign off on the mayor’s budget”.

The reality of the devolution deal

Cooper has concerns that, rather than devolving power from Westminster, the devolution deal as it stands only serves to draw up powers from local councils, pointing to the compulsory purchasing powers accorded to the mayor. But he has answers to these problems: in particular the idea of an annual conference of all councillors serving on West Yorkshire councils, to debate the budget and strategy of the mayor.

“The fact that Tiers 4 and 5 are now being considered shows that the government isn’t in control of the situation and that they’re making it up on the spot. And we should look to countries where they’ve done well like New Zealand and Germany, and learn from the best. There’s an arrogance in the approach to this crisis, where we somehow feel that our approach to doing things is right. I think that we should have a certain amount of humility, and look to those countries that have done well”.

Looking back on these comments, they are even more relevant now.

Given Cooper’s party affiliation, a great deal of the interview was dedicated to environmental issues. His environmentalism, however, is not one in isolation with other issues, and whenever it was discussed it was in tandem with other ways to make West Yorkshire a better place to live. For Cooper, environmentalism and development aren’t exclusive; in fact, one is necessary for the other:

“We need a starting point, which is an understanding that the economy depends on the environment. Once that appreciation is there, that will inform the other decisions that you actually make”.

Changing this decision-making process is key to Cooper’s approach. He pointed to issues like transport or housing, where it’s easier for individual operators to cut costs and pollute more, and how the mayoral role can help address that balance. Many of his policies, like a green building fund, or investing in active travel, are about doing just that:

“Policies need to realign to enable people to make the right choices. When you look at the West Yorkshire transport fund, the majority of the funding is going to road programmes! We’ve got to flip that, to supporting active travel, public transport, and shifting public priorities. Making the right choices should be much easier”.

It was in this context that we talked about HS2. I mentioned criticisms that had been raised at the Greens for their opposition to the link, and judging from Andrew’s reaction it was a familiar point, as he replied:

This was another area in which Cooper’s localism came to the fore. Rather than connecting more of Yorkshire to London, he explained that he wanted to make life better for the significant proportion of people who rarely left the region. Making broader cycle lanes and improving the public transport connectivity within West Yorkshire is far more important.

Putting the region first in travel

For Cooper, this in-region connectivity is also tied to his rural plans, and he was keen to emphasise that, whilst most Green councillors like himself came from urban areas, the party had many natural affiliations with rural communities.

He pointed to the German Greens as an example to follow in winning support in the countryside, and pointed out the many ways in which the agricultural sector was at risk over the coming years due to Brexit. He had already worked with farmers, in banning sky lanterns from Kirklees Council land due to the risk of their metal parts being eaten by cattle, and sees them as a group who should be reached out to:

“Spending more time talking to farmers is important. Making sure that local production for local needs is emphasised greater. We have crazy situations where big lorries laden with produce are passing each other on the motorway, just adding to the food miles. The more that we can use that stuff locally, the better. If you have more local production for local needs, you’re less dependent on the fluctuations of the global economy, that sort of sustainability is something which I imagine farmers would be quite attracted to”.

Finally, I asked Andrew what he would say to any voters who might be considering giving the Greens a chance next May:

“This feels like a once-in-a-lifetime transition. Many people are at home, the world that we knew is now months back, so I think that a lot of people are thinking ‘what’s the new world going to look like when we come out of this?’ So that’s the opportunity: people will be looking around for a vision, for something that provides hope for the future.

“I think that politicians that provide security and safety, politicians who ensure that people have a sustainable job, a home that they can live in, an environment that they can depend on, are the ones that people will vote for. We can’t just save the world, we’ve got to make a better one.”