Emily Horner draws attention to the study in Bradford schools, which found a strong link between children’s performance during their early years’ education and a later diagnosis with autism. Delayed autism diagnosis can lead to later problems in life. 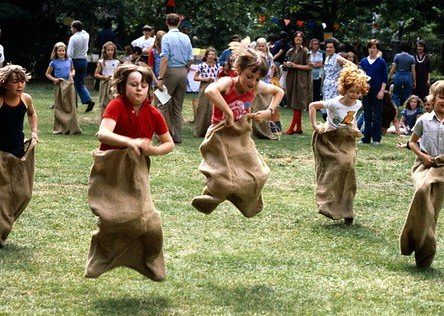 A 2019 pilot study, which took place in ten Bradford schools, found a strong link between children’s performance during their early years’ education and a later diagnosis with autism. This year, the study will be expanded across Bradford and York to reach more children and to speed up the often-lengthy autism diagnosis.

Bradford Opportunity Area (BOA), a government-funded scheme created four years ago to encourage the potential of young people, collaborated with the Centre for Applied Education Research (CAER) to initiate this study in 2019. After receiving positive feedback from all the original ten schools, they are now collaborating with the Department for Health and Social Care, Public Health England and NHS England to expand the study further.

Kathryn Loftus, programme director at Bradford Opportunity Area, explained how the study will help to diagnose children with autism:

“100 children will be assessed over the course of the year. The assessment takes a day per child and requires input from three experts. We will observe children’s natural interactions with their peers and with familiar adults in a day-to-day setting to give a more rounded picture of the challenges they face.

“Recent studies have shown that parents can find it hard to access clinical settings, as this means disrupting a child’s routine by taking them to an unfamiliar setting”.

An autism diagnosis is usually a long-winded three-year process, starting with a referral by a GP or schoolteacher, for the child to then be added to a waiting list for clinical assessment. The Bradford Opportunity Area study intends to assess the child in a less-disruptive way and speed up the diagnoses process. It will be able to determine if school is a better setting in which to diagnose autism.

During the early years, children are routinely assessed in 17 different areas of learning, regarding language, their perspective on the world, and their social and emotional development. Bradford Opportunity Area states that these early years’ assessments provide an opportunity to target the support that a child needs to manage their autism symptoms later in life.

“Undiagnosed autism has a devastating impact on the child, the family, our schools, and our health services – with the short-term costs estimated in 2012 at £2.35 billion per year”.

Autism affects up to 700,000 people in the UK, and delayed diagnosis can lead to problems in later life such as mental health issues, behavioural issues, and lower achievement levels in school. Furthermore, as much of the autism research has been done on boys, it can be harder to diagnose in girls. Researchers concluded that this may be due to a “gender bias in diagnosis, or because girls are able to adapt better to their condition than boys” – leading to girls with autism suffering from mental health issues and obsessive compulsive behaviours more commonly than boys.

The initial success of the pilot study bodes well for its expansion this year in schools across Bradford and York. Hopefully more children with undiagnosed autism will avoid such mental health challenges with this quicker process of diagnosis in an environment that they are familiar with.