John Heywood remembers the life of Albert Wainwright, who was born and raised in Castleford, but is often thrust into the shadows because of Henry Moore. Wainwright's work was influential in the creation of Leeds theatres, in highlighting the struggles of being gay at the time, and for criticisng the Nazi regime. 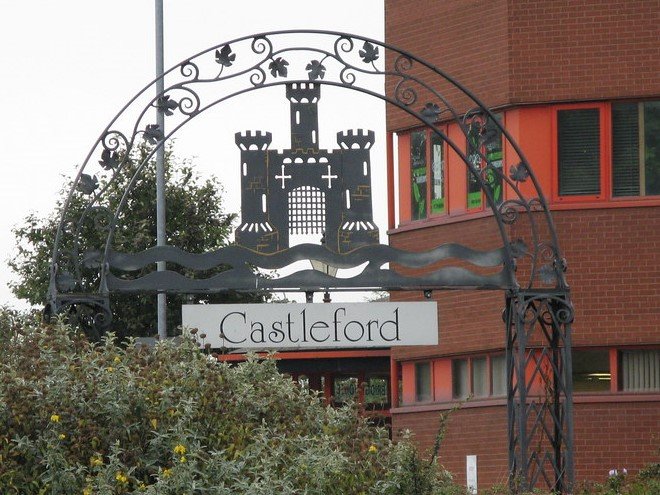 Artistically, the town of Castleford, situated in the heart of West Yorkshire’s former industrial heartlands, is best remembered as the birthplace of Henry Moore, the world-famous sculptor. It was however, the hometown of another extremely talented but now often forgotten artist, Albert Wainwright.

Wainwright was born in 1898, the youngest of three children, into a Methodist family. He was expected by his father to become an engineer, like himself. His art teacher at the local secondary school in Castleford however, Alice Gostick, is credited with encouraging and nurturing his artistic talents. So much so, that Albert’s father allowed him to leave his engineering apprenticeship to go to study at Leeds School of Art in 1914.

Due to ill health, Wainwright dropped out of his studies in 1916. He joined the Royal Flying Corps as a volunteer and was called up a year later where he was stationed at RAF Halton in Buckinghamshire. By the time he left the Flying Corps in 1919, the family had moved to nearby Monk Fryston.

The friendship of Henry Moore and Albert Wainwright

Albert began to attend Saturday morning pottery painting sessions at Castleford Grammar School with Miss Gostick, along with his sisters Hilda and Maud. Henry Moore was also a regular member of the group. Moore and Wainwright were close friends, but their correspondence abruptly came to an end in 1920. The reason for the end of the friendship is unknown, but a series of letters and photographs show that they had once been close. During WWI they had written wonderfully illustrated letters to each other.

Wainwright drew on a wide range of influences, including the work of Aubrey Beardsley, the English illustrator, and the Viennese Secessionist art group, including Egon Schiele, Gustav Klimt, and Max Klinger. He was inspired by their use of line and exaggerated human forms.

The year 1920 also saw Wainwright’s first one-man exhibition at Leeds City Art Gallery. The show was very well received and led to Wainwright holding solo exhibitions of his art nouveau-inspired watercolours in Leeds and London over the following two years. The Sunday Times enthused over the show describing Wainwright as having “great ability in decorative design”.

Wainwright joined the influential Leeds Art Club, where members discussed radical socialist politics and modernist art and poetry. It was here that he made many important connections in the arts that led to commissions for set and costume designs for local theatres and for book illustrations. In 1927, Wainwright was also made temporary art master at Castleford School for two years when Miss Gostick was ill.

Albert Wainwright filled many sketchbooks with pen and ink drawings and watercolours, many of them featuring the industrial landscapes around his home town of Castleford, leaving a lasting record of a time now gone. Coal mines, pottery kilns and glass works dominated the scenes. He also loved the countryside of Yorkshire. From 1930, he spent every summer painting watercolour scenes of Robin Hood’s Bay – the beach and the town’s red pantile roofs, together with portraits of holiday visitors.

The creation of Leeds Civic Playhouse and Leeds Art Theatre

Wainwright received many commissions to design the sets and costumes for local theatres including the Leeds Civic Playhouse and the Leeds Art Theatre. These would eventually amount to more than 100 productions, the most ambitious of these was the Miracle Play held at Kirkstall Abbey in 1927, for which he designed over 700 costumes. From the late 1920s to the outbreak of the Second World War, he did important work for the children’s theatre movement.

He was also a lover of Germany and the German people but was, “disgusted at the horrors being perpetrated by the Nazi regime, the betrayal of his own faith, and the ideological hijacking of the German youth movement”.

His sketchbooks covering the periods 1927–1938 gave a fascinating insight into Europe and especially Germany during the pivotal inter-war years, a time of substantial political and social change.

Albert Wainwright and a reflection of contemporary gay culture

His work also shone a light into the shadows of gay culture of the time. As a gay man, much of his work mirrored the covert nature of being gay at that time. His portraits of young men, however, were more open and transparent. At home though, his homosexuality would appear to have scandalised his staunchly Methodist family.

The talented Albert Wainwright, artist, illustrator and designer, never achieved the recognition his work deserved whilst his school-friend Henry Moore went on to worldwide fame. He supplemented his own work with teaching. During WWII he was engaged painting camouflage for the war effort. In March 1943, he took a post as an art teacher at Bridlington School for the duration of the war. He had been with the school for only three months when he was suddenly taken ill with meningitis and died on a bus to Harrogate in September 1943.

Although Wainwright only lived to the age of 45, he left a unique and substantial body of work including watercolours, drawings, painted ceramics, costume and theatre designs, and book illustrations, which hopefully will give future generations a glimpse of his extraordinary talent. Sadly, there would have been much more but his sister Maud, who inherited the bulk of her brother’s output, destroyed much of it to “save his reputation”.