Hull, like most of the rest of the country, is waiting to see exactly what changes there will be over the next year and beyond. 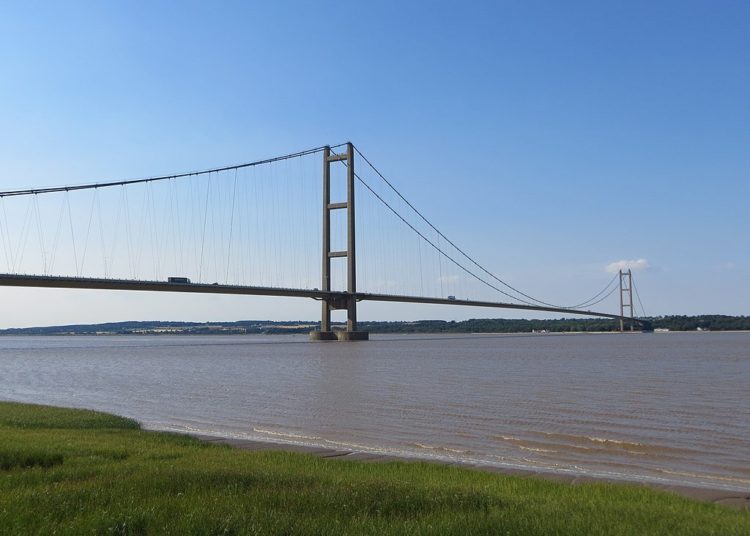 Hull, like most of the rest of the country, is waiting to see exactly what changes there will be over the next year and beyond. The city has wanted an improvement in its lot for years. While being the City of Culture in 2017 and the arrival of Siemens moved things along, frustration about the speed and direction of travel no doubt played a role in the numbers voting to leave the EU in 2016.

Unfortunately, what was presented as a simple in/out choice – with no downsides and many benefits – is turning out to be more complicated. Remaining in the EU single market and customs union would have protected businesses from the impact of bureaucratic customs checks and variable tariffs, but the government opted instead to leave both. Once we complete the transition period on 31 December, we will therefore experience one of the hardest forms of Brexit, and if we fail to agree an EU free trade agreement in the meantime, the impact on businesses and consumers will be even greater.

The government’s insistence to leave the customs union will have a serious impact on ports that mainly trade with the EU. And the effects are likely to spill out onto the local streets and surrounding road network. There is much talk about the lorry park (Farage Garage) in Kent, with local MPs shouting loudly about how unfair this is on local residents. But the same is true of Hull and East Yorkshire. The significance and enormity of what will happen here is probably best measured by the plans being produced to deal with the problem and the amount of taxpayer money being allocated to mitigate the possible consequences.

The main access to the Port of Hull is via the A63 that funnels traffic off the M62 onto a two-lane dual carriageway, sandwiched between the city centre and the Humber estuary, through to the eastern side of the city. Around 47,000 vehicles a day use it along with an average of 187 heavy goods vehicles (HGVs) to and from the docks. It only takes a breakdown or an accident to effectively close one lane of the dual carriageway and the A63/Castle Street can shudder to a halt. And as this happens, the surrounding road network progressively shuts down. Work on upgrading this road has already started and will cause major disruption until Spring 2025. The transition period ends in less than five months.

At the moment, UK trucks, trailer units and private cars can board ferries with minimal paperwork – essentially just a passport and a ferry booking. From January 2021, commercial traffic through the Port of Hull will be operating a far more complex and time-consuming regime so that HGVs can board the daily ferries to Rotterdam, Zeebrugge and other minor North Sea ports.

As we reported in July, HMRC has estimated that the total number of additional customs declarations for both imports and exports will be 215 million, each one costing between £15 and £56. Even the Telegraph has warned about the disaster facing haulage companies.

Hull & Goole Port Health Authority chief port health officer Laurence Dettman, the man in charge of overseeing food imports through Hull and Goole, says he has “great concern” over the likelihood of a huge increase in border checks. Almost all of the 150 million kilos of food imported through the Humber ports every year – destined for wholesalers and retailers across the UK – comes from the European Union. Importers will have to make customs, safety and security declarations and will face sanitary checks (a requirement to produce export health certificates), as well as some physical checks on products.

He added, “The new border control post at King George Dock, expected to be in operation soon, has been a very complex business and has taken well over a year to come to fruition. Worryingly, it has not been designed to cope with the potential massive additional number of UK Border Control checks which may be required from January 2021.”

Other articles by Yorkshire Bylines:

Mistakes on the paperwork at the Swiss-German border at Basel led one agent to assess the error rate to be 20 in incorrect declarations. Errors can involve anything from the incorrect weight of a vehicle, to a difference in the stated value of the goods on an invoice/customs paperwork. This results in the HGV and driver being stuck at customs while the mistakes are corrected – often causing overnight delays especially at weekends. We may face similar at UK ports. This has also been the experience of hauliers:

In 2018, with the threat of there being an early no-deal Brexit, the Humber Local Resilience Forum (HLRF) – comprising emergency services, the NHS, local authorities, Highways England and the port owner, ABP – produced a risk assessment document called “The risk of delays at the Humber ports caused by a no deal EU exit”. It stated:

“Experience has shown that closure/disruption to any of the ports will have an almost immediate impact on the road network. If HGVs are queuing to access the ports, it generally takes between 20 and 30 minutes before there is significant impact on the surrounding road network. However, the Department for Transport ‘have advised that while disruption was possible, the risk was low and likely to be manageable’”.

By April 2019, the Humber Local Enterprise Partnership stated that, “constraints affect movements into and out of the Humber ports complex” and “Road issues [are] particularly severe on the North Bank”

The HLRF has upgraded its risk assessments of the potential effects of either a no-deal Brexit or a “simple” EU free trade agreement (with the UK outside the customs union and single market). Its response is called Operation Wellington. This proposes a three-phased response to a worsening of any HGV and traffic difficulties due to “friction” at the Humber ports, by providing parking for waiting HGVs unable to get onto the docks for any reason (another of Farage’s garages).

Phase one will use the Eastern Rail area, sited to the immediate east of Queen Elizabeth Dock. This will mean that HGVs need to travel the whole length of the A63 through the city, passing the dock entrance. The government has bought this land already for £760,000.

At a seminar for exporters in late 2019, the secretariat to HLRF, Mr Bravey explained that phase two would see strategically located car parks used for HGVs. This would provide, “a relief valve for people to go somewhere if we face congestion around the ports, with the huge Walton Street facility in Hull – home to Hull Fair– capable of accommodating 350 vehicles”. This site would of course also need driver facilities (sanitation, food, security…) and would generate considerable HGV traffic through the western inner city.

Bravey went on to say, “With phase three, if we really, really need to, we have got the option to stack vehicles on the motorway, but in a different way than to Kent. This is planning for the worst situation, there is no indication we need to do it, but if we have to do it we have plans in place.” In practice, this would mean parking on the M62: initially from Jct 2 at Howden, to the A63 at North Cave, then spreading to the M62 at Jct 33 at Ferrybridge and Jct 35 where the M62 meets the M18.

At the same meeting, Simon Bird (Associated British Ports Humber ports director) said the plans all sounded, “Really very good” but, “My fear is that when it clogs up, at whatever time of the day, plans go out of the window and we have to be fleet of foot and manage it. Unless you are a card-carrying police officer you can’t move traffic on the outside of the port estates. If we get one glitch it will back up pretty quickly.”

On top of the day-to-day holdups of a road that 47,000 vehicles use daily, plus the next five years of roadworks that are just starting, we will soon add the turmoil of customs checks and red tape. Benjamin Franklin famously said, “In this world nothing can be said to be certain, except death and taxes.” If he’d been around today he might have added “and holdups on the A63 in Hull”.

The government is in danger of being overwhelmed by Brexit

Pat is a retired trade union full time official who lives in Beverley, East Yorkshire. After training as a teacher in Hull he worked in city secondary schools for 13 years before working for a trade union across Yorkshire. He is British (with roots in West Cork, South Wales, Gloucester & Montrose) and European. His interests are local communities and their politics of change, all things digital, travel and family.