Nigel Adams told his constituents the EU was responsible for a policy his own government supported and voted for. 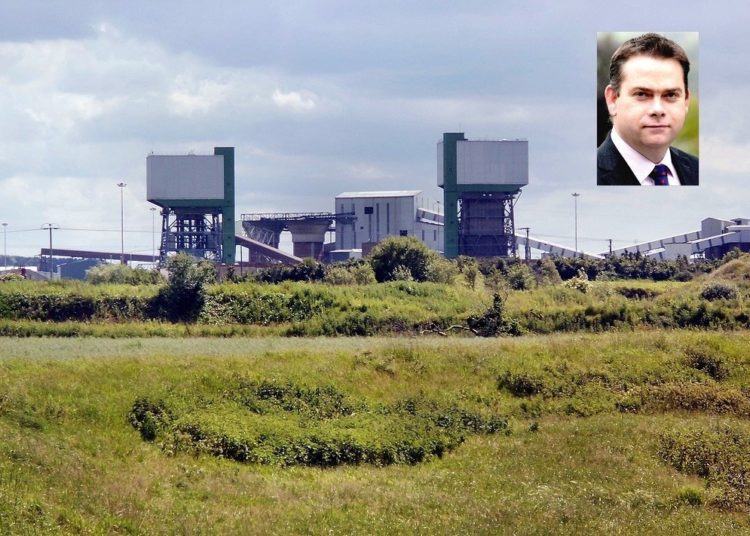 Nigel Adams told his constituents the EU was responsible for a policy his own government supported and voted for. Adams, Conservative MP for Selby & Ainsty and now Minister of State at the Foreign Office, is the epitome of those MPs able to face several different ways at once, certainly as far as EU law is concerned.

On the eve of the 2016 referendum, Adams and Tory MP for Goole Andrew Percy published a full-page advertisement in The Selby Times urging Selebians to vote for Brexit. Among the reasons cited was this one:

“In our six years proudly representing the people of Selby and Goole, we have seen first hand, the destruction of highly skilled, well paid jobs in our area caused by EU regulation in the power and coal industries.”

Mr Adams confirmed afterwards he was referring specifically to the Industrial Emissions Directive, or IED for short, although he had to check with ministers before answering, since he wasn’t sure. This is Directive 2010/75/EU, which came into force on 6 January 2011, having been voted on by the European Council (2nd Reading) on 8 November 2010. The dates are important: you will remember that David Cameron won the 2010 election in May of that year and we therefore had a Conservative prime minister in office at the time.

The EU website shows that 2010/75/EU was passed unanimously by ministers from the EU28. In other words, Nigel Adams’ own government had supported the very Directive about which he was complaining. In 2017, at the opening ceremony of Climate Week in New York – one of the key international climate summits – Claire Perry (now Claire O’Neill), Minister of State for Climate Change and Industry was boasting that the UK was decarbonising faster than any other G20 nation.

See how it works? You skim off any credit for the upside in improved air quality, at the same time as offloading the tragic downside in job losses. It’s a classic example of how to deflect the blame for an unpopular policy onto the EU. Like the Roman god Janus, politicians like Nigel Adams often find it useful to have more than one face.

Mr Adams also has a particular interest in renewable energy, but he is quite choosy about which ones. Until June 2017 he was Chair of the All Party Parliamentary Group on Biomass. Greenpeace described him as one of parliament’s strongest champions of biomass fuels in a highly critical report. The article described how, between 2012 and 2016, Adams received over £62,000 from the biomass industry, including the Drax and Eggborough power stations in his constituency. This money came in the form of donations and travel costs to conferences in Florida and Dubai. Nice work if you can get it!

He has long championed the use of biomass as an alternative to coal at Drax and elsewhere. It’s not clear what he thought would happen when the largest coal fired power station in the UK converted four of its six generating sets to burn wood pellets. In December 2015, when Drax’s coal supplier Kellingley colliery, known as ‘Big K’ locally, had to close its doors, Adams described it as a “tragedy for everyone who works there”. By June 2016 he was blaming the EU for the loss of those 450 “highly skilled, well paid jobs”, omitting to mention his party’s role or his own personal efforts in the closure.

“The closure of Kellingley is a tragedy for everyone who works there”.

In January 2015, Adams introduced the Onshore Wind Turbine Subsidies (Abolition) Bill, which led to the ending of subsidies for clean onshore wind turbines. Subsidies for dirty power generation continued and in 2018, Drax received £789.2 million in renewable electricity subsidies. Quite a return on their donation.

The plant gets through about 8 million tonnes of wood pellets per year, mainly imported from the USA and Canada. One of the consequences of burning wood is a rise in the emission of particulate matter (PM10 – 10micron or less). These are far too small to see with the eye; by comparison human hair is around 20–180 micron. In 2016, Drax emitted 1,000 tonnes of particulate matter, although this had fallen to 700 tonnes by 2018.

Exposure to particulate pollution has been linked to adverse health effects. When inhaled, particles can be carried into the lung and exacerbate respiratory conditions such as asthma. The International Agency for Research on Cancer (IARC) classified outdoor air pollution – particulate matter – as a carcinogen in 2013. Smaller particles are thought to pose the most serious threats as they can be carried deeper into the lungs.

These particulates are similar to those emitted by diesel cars. To put things into perspective, the ten million diesel cars on UK roads in 2014 emitted 3,140 tonnes of PM10s according to the Environment Agency. This means that in 2016, Drax released particulate matter equivalent to about three million diesel cars; yet the government paid it hundreds of millions in public subsidies to do so.

From 2021, the government will ban the sale of small amounts of undried fuel logs for domestic wood-burning stoves, yet it will continue to subsidise Drax, which alone consumes the equivalent of about two thirds of all the wood produced annually in this country for all purposes.

The wind industry has been lobbying for onshore wind farm subsidies to be reinstated; recent government figures show this is now the cheapest source of new electricity generation. Yet it was our esteemed MP Nigel Adams who scuppered the onshore wind business in the first place. There are now around 800 stalled projects that could go ahead if the onshore wind farm subsidies ban was lifted; a ban he was instrumental in forcing through. This week the government is set to allow onshore wind and solar projects to compete once again for clean power contracts in the next round of government-backed auctions. Confirmation that Adams got it badly wrong in 2015.

How much healthier and more secure we would have been if some of the renewable electricity subsidy for biomass over the last four years had gone to on-shore wind instead.