To me, King’s Manor is the perfect example of both an historic building and a major heritage asset. It has national, regional, and local significance and its use, especially for educational purposes, over such a long period of time, has touched the lives of many, mainly young people. Now that must be worth valuing and keeping. 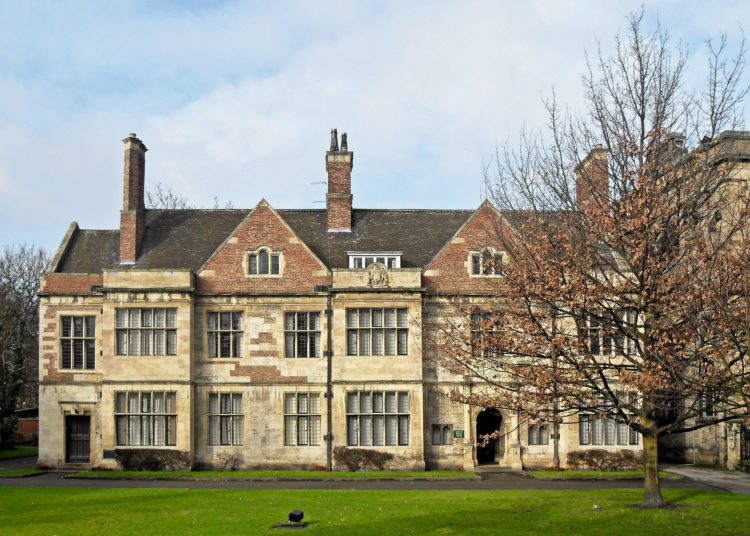 John Heywood is a Yorkshire historian and writer, who is delighted to be the centre manager at the historic Queens Mill in Castleford. He is also the curator of the popular History and Heritage Yorkshire Twitter site.

As the centre and programme manager of an historic old flourmill, with a history stretching back some 1,100 years, a question I’ve been asked on more than one occasion is: what is the difference between history and heritage? Over the years, far more academic minds than mine have defined in several ways both their meanings and their relationship.

My ‘favourite’ definitions are taken from the organisation Heritage Perth in Australia, who describe history, in simple terms, as “the discovery, collection, organisation and presentation of information about the past relating to people, places and events”. Meanwhile, heritage is defined as “Those things from the past which are valued enough today to save for future generations”. These are quite wide ranging and especially over recent times the subject of much debate.

When I was thinking about this subject, one very appropriate Yorkshire building came to mind, which has a foot firmly in both camps. The King’s Manor, now the University of York Centre for Medieval Studies, was originally built to house the abbots of St Mary’s Abbey, York.

The original Abbot’s house was constructed in the 11th century, with the earliest remains dating from around the 15th. When the abbey was dissolved in 1539, Henry VIII instructed that it should become the seat of the Council of the North, and just several weeks later the council “wrote to Cromwell asking him to thank the king for allowing them to use the house ‘which of late was called St. Mary Abby without the City of York’”.

The council had been formed in 1472 by King Edward IV of England, promising to improve “government control and economic prosperity, to benefit all of Northern England” (an early levelling-up!). Edward’s brother, Richard Duke of Gloucester (later Richard III), was its first lord president. In truth, the council was very much a court with its administrative and other interests extremely limited.

The council was based in Yorkshire throughout its history: first at Sheriff Hutton Castle (York), followed by Sandal Castle (Wakefield), and finally at King’s Manor. Henry VIII re-established the council after the English Reformation, when the North was a hotbed of Roman Catholicism. It was abolished in 1641, just before the English Civil War.

From 1667 to 1688, the building was the home residence of the governor of York. The governor was loyal to King James II during the Glorious Revolution, resulting in a group of armed supporters of William of Orange capturing the building.

It is known that over the years, several monarchs stayed at King’s Manor, including Henry VIII with Queen Catherine Howard as well as James I and later Charles I. Its uses over the coming centuries however were to be far more prosaic.

For the next 150 years or so, the building was let to various tenants including the Manor School. One of its more well-known pupils was the diarist Anne Lister of Shibden Hall, West Yorkshire. Sometimes referred to as the “first modern lesbian”, it was whilst she was a pupil here that she had her first sexual experience with fellow pupil, Eliza Raine, the daughter of a surgeon.

The Yorkshire School for the Blind, which was founded in 1833 by the Wilberforce Memorial, a charity established in the name of the Yorkshire MP, abolitionist and reformer William Wilberforce from Hull, shared the premises for many years. There were some very musically talented children at the school, who regularly gave concerts to the public. The Manor was eventually acquired by York City Council, who leased it to the University in 1963 and who still occupy it today.

To me, King’s Manor is the perfect example of both an historic building and a major heritage asset. It has national, regional, and local significance and its use, especially for educational purposes, over such a long period of time, has touched the lives of many, mainly young people. Now that must be worth valuing and keeping.