At a devolution summit held in Leeds earlier this year Northern Powerhouse Minister Jake Berry talked of a “devolution dash” across Yorkshire, with a deal for West Yorkshire to be followed with ones for East Riding and Hull, and North Yorkshire and York. 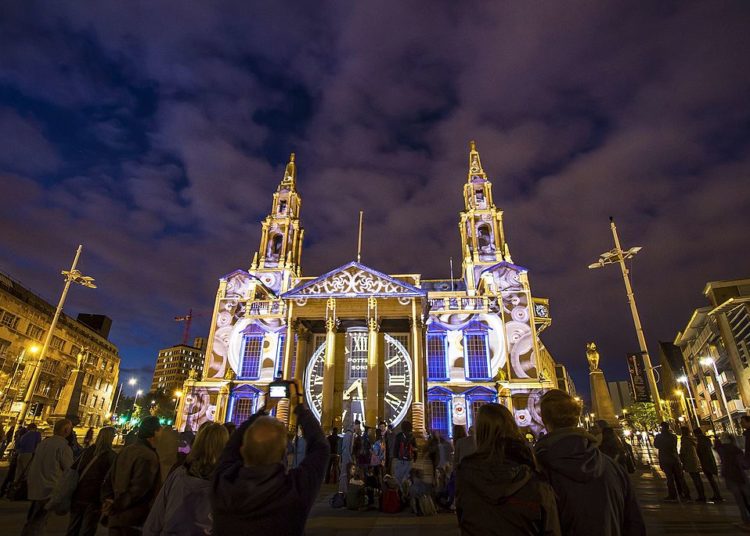 At a devolution summit held in Leeds earlier this year Northern Powerhouse Minister Jake Berry talked of a “devolution dash” across Yorkshire, with a deal for West Yorkshire to be followed with ones for East Riding and Hull, and North Yorkshire and York.

The West Yorkshire devolution deal – worth £1.8bn and covering Bradford, Calderdale, Kirklees, Leeds and Wakefield councils – was signed by local leaders and the chancellor, Rishi Sunak, in March. Since then things have been overtaken by coronavirus and one could be forgiven for thinking this dash has stalled. There has been little publicity about progress on the other two deals, but the Sheffield City Region deal has been quietly agreed after years of wrangling between local leaders, following the breakdown of talks in 2017. It should be put on a statutory footing in parliament this month.

The West Yorkshire Combined Authority has now published an online survey asking for residents’ thoughts on the long-awaited West Yorkshire devolution proposals that closes on 19 July. However, experience with previous consultations shows that the response rate is usually pretty low and in the current climate of recession it will be hard to achieve cut-through with a public that is increasingly preoccupied about the recession to come.

This is unfortunate, because according to Cllr Susan Hinchcliffe, Bradford City Council leader, this is the biggest per capita devolution deal so far. The £1.8bn will be invested in better public transport, improving adult education skills, support for businesses, heritage funding and tackling the climate emergency – all critical to the recovery to come.

The next step will be the election of the West Yorkshire mayor in May 2021. Taking place at the same time as the local elections will hopefully improve turnout; for the first wave of metro mayor elections in 2017, only around 30 per cent of the electorate voted.

The key questions are how much difference it will make to West Yorkshire and whether a directly elected mayor can inspire and generate a local civic renewal. To some degree this will depend on who is elected mayor and how much they use their position to do the necessary ‘pork barrel’ politics.

Greater Manchester – generally accepted as the leading mayoral combined authority according to Mark Sanford – was in the first wave of the devolution deals and Mayor Andy Burnham has successfully used his platform to engage the national press and politicians. But there are many other mayors whose profile is low, not just nationally but even amongst their own electorate.

The West Yorkshire deal is relatively generous in comparison to some of those other deals so with the right leader, and acting with the support of the other local council leaders, the mayor could start to bring benefits quickly to this part of Yorkshire. But it is likely to be a politically highly charged time, with the possibility of a no-deal Brexit adding to economic woes and influencing the result. The mayor will need to articulate what good would look like for West Yorkshire. And the mayoral contest should be an opportunity to show how important planning, coordination and local decision-making are as we come out of the covid crisis.

There seems to be a current dearth of names for the candidacy. It may be that the pandemic has squeezed out other stuff, or that with political parties not holding meetings, gossip is simply not circulating. For Labour, this selection process will kick off in earnest in September, in just under three months’ time. Whilst it would be obvious to see a local council leader go for this role – Judith Blake or Susan Hinchcliffe the most likely – there are current and former Labour MPs kicking their heels who may fancy their chances, including Jon Trickett, a former Leeds Council leader, and Paula Sherriff, MP for Dewsbury until December.

The Conservative Party may feel buoyant about its prospects in a West Yorkshire campaign after punching holes through the ‘red wall’ in 2019, which included taking four seats in the region from Labour. Names are few and far between, but former ITV Calendar news presenter and Conservative MP for the marginal Colne Valley, James McCartney, is Yorkshire born and bred. Might he be tempted to run? The more high profile and capable a candidate the Conservatives select, the more this will increase interest nationally and locally in the election race.

Writing in last month’s DevoConnect, Dan Jarvis MP and South Yorkshire mayor wrote, “Metro Mayors command unique local knowledge, networks and legitimacy, and having a seat at the table in the national government’s recovery planning is vital”. Let’s hope this mayoral contest will inspire the electorate to do the devolution dash and vote. Perhaps the government will then take more seriously the need for mayors to have a seat at the national table – and we’ll see those two other mayoral combined authorities mooted for East and North Yorkshire.

A version of this article first appeared in DevoConnect 26 June 2020.