I don’t think we can truly say that the North has found its voice until we hear from the people who live and work here. 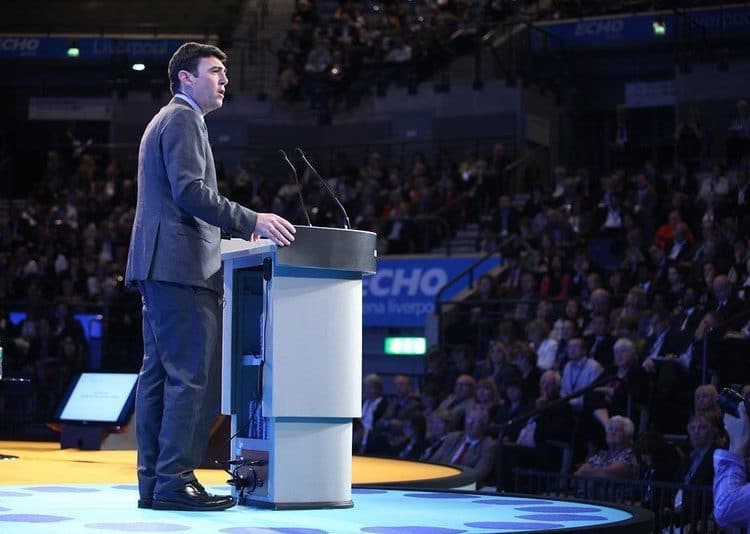 Andy Burnham on stage by NHS Confederation is licensed under CC BY 2.0

Over the last two weeks, we have seen nothing short of heroic efforts from northern metro mayors in the fight against an unfair deal for northern citizens as Tier 3 lockdown begins to be imposed across the North.

The mayoral roles, which up until now have not provided any significant kick back to central government, have really found their voice. And it certainly feels like a moment which will be remembered for a very long time to come.

Those of us who live in the North know that we have been short changed for decades, and that the London-centric view in England means that the North is often found going cap in hand to government for the powers and pounds that we need to support the people living across the region.

Whilst we applaud the efforts of the metro mayors speaking up for the most vulnerable in our society, there remains a lack of opportunity to really hear from those who will be affected by these changes. I am a strong believer in advocacy and the need to use our positions of power to speak up for the unheard and seemingly powerless. We have seen that in the brilliant work done by Marcus Rashford in advocating for lower income families who struggle to feed their children during school holidays. But advocating alone is not enough.

We need to create new ways to enable and empower everyday northern citizens to be heard in the decisions that are directly affecting them. Yes, we want to hear from those in power fighting our corner, but we also want to hear from those who have their backs against the ropes. If over the last two weeks if we had heard as much from taxi drivers, bar owners, artists and the self-employed as we have from mayors, the northern noise that could have been created would have been deafening to hear. It is no longer enough to just listen to people. But we need to provide them with a platform to be really heard.

The views of ordinary citizens like Jabu and Mike in Bradford need to be taken seriously. Jabu who has given up her cleaning business over lockdown as the business was no longer viable, and Mike whose work in the community has become increasingly hard due to social distancing. It is vital that we hear from these voices. Only through hearing from citizens will we begin to see the innovative grassroot changes that we desperately need to see.

Has the North found its voice? The northern leaders have most definitely made a strong case, united across regions and parties to make the argument for a fair deal for the North. The metro mayor roles will have to be taken far more seriously than they have in the past, and this will only strengthen the northern voice against the national picture. Perhaps for the first time it will give those Northerners who have a metro mayor a figurehead to back and support.

But what happens to the thousands of Northerners without a metro mayor, such as in West Yorkshire where there won’t be one until 2021? Do their voices remain unheard? What happens to the Jabus and Mikes of this region? I don’t think we can truly say that the North has found its voice until we hear from the people who live and work here, and until there are meaningful ways to influence decision making both in the North and decisions mandated from central government.

If you like me, believe that now is the time to truly give a voice to the people of the North, then join us at the People’s Powerhouse online convention on the 24/25 November. Book your free ticket here.

Stephanie has been working in the charity and non-profit sector for 14 years with experience of network and campaign building. She leads the People’s Powerhouse work currently, as their coordinator – working to build a fairer and more equal North. Stephanie is a keen advocate for grassroots approaches and empowering communities and sees this work in action through her role as a trustee of her local community hub. She has two young children and a dog called Annie who all keep her on her toes.