The government has proposed that rather than operating as One Yorkshire Together, Yorkshire should operate as four separate areas, each with an executive mayor, alongside unitary local government councils. 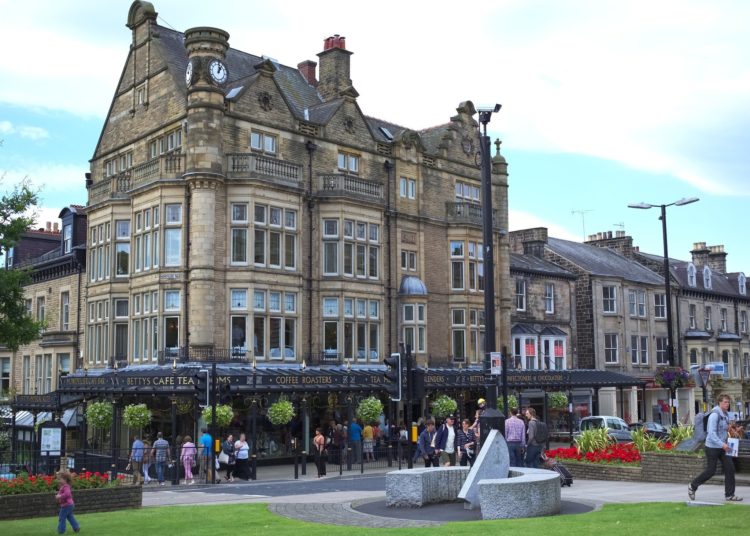 Harrogate by Pete Slater is licensed under CC BY-ND 2.0

The government has proposed that rather than operating as One Yorkshire Together, Yorkshire should operate as four separate areas, each with an executive mayor, alongside unitary local government councils. In North Yorkshire, each town and area will now be considering where their interests lie with the potential format of the unitary authorities. There are options for dividing the county along a north/south axis or an east/west axis. Each has its merits and its supporters.

So, where do the best interests of Harrogate lie – and what is ‘Harrogate’ anyway in these circumstances? Is it the town of around 75,000 people, or the wider district of 160,533. And what do Knaresborough, Ripon, Masham, Pately Bridge and Boroughbridge think as part of the current wider district ?

The leader of Harrogate Borough Council has suggested that the government will favour the east/west solution for two new unitary councils, because it will wish to see the two authorities roughly equal in population and economic base. But surely, rather than the artificial application of a number, it would be essential to consider the economic interest and geographical reality of these areas.

The government criteria on population size for the two areas is between 300,000 and 400,000, although it has been suggested there might be some flexibility on this. However, a certain economy of scale is needed for the functions of highways, education and social services, so York City remaining a separate unitary authority of 208,200 people, alongside a North Yorkshire area at 614,505, should be a nonstarter.

In terms of population size, the east/west option gives a split of 460,962 to 361,743, whereas the north/south option would be 308,034 to 514,671, unless Craven District (population 56,866) were to be included in the north, which would provide a better population balance. But a government minister has already indicated that the population criteria need to be interpreted in the light of local circumstances, therefore the decision can, and should, be based on economic community of interest and geography reality.

In terms of economic community of interest, it would be straining credulity to claim that this is represented by an east/west option. York, Selby, Harrogate (and Craven) are all part of the Leeds City Region. The government has already recognised this reality, which is supported by the travel-to-work area statistics, the transport usage and pressures, and the economic interests and characteristics. To the north, Richmondshire and the Northallerton area of Hambleton look to Teesside and Durham, not to Harrogate.

Further back in our history, Masham and Ripon were horrified to be put in a district with Harrogate in 1974 and have been reluctant bedfellows ever since (a councillor from Ripon has apparently just described essential investment in the Harrogate Convention Centre as “obscene” – so much for an understanding of the town’s hospitality economy!). To go yet further north to Richmond and Northallerton, and east to Thirsk, Stokesley and Easingwold, and pretend there is any synergy and community of interest for local government services, would just perpetuate the antagonism towards the Northallerton-based county council, at whose current offices any new west council would likely be situated. After all, the population of Harrogate town is around 75,000, which is less than 25 percent of the proposed ‘west’ option – councillors will be elected on population, with current district boundaries (and any loyalty to them) having no future relevance at all. So, Harrogate town’s interests are likely to be heavily outvoted by the interests of the rural councillors in the east/west model.

With the north/south option, it is quite wrong to describe the northern half as being a ‘poor relation’ when compared with the stronger economic area to the south. The profile to the north is an attractive and spectacular one: it is focused on the Dales, the North York Moors and the wonderful Yorkshire Coast, so is very much a unique and distinctive countryside / rural / agricultural / small market town area, which is of national and European significance. The north would be a unitary of great uniqueness and distinctiveness to be treasured. The investment required in an urban south with a larger economic base will inevitably be different and greater – but this isn’t a competition as to which is bigger or gets the most money; the needs of an urban south are quite different from the northern rural / market town area.

This northern significance and uniqueness throws up the question of where the best interests of Craven lie. It is self-evidently a rural / agricultural area based on a small market town of Skipton, population circa 15,000. Skipton very understandably promotes itself as “the Gateway to the Dales”. So, quite apart from the population balance of two unitaries, there are relevant economic and geographic reasons for Craven being part of the north unitary option with which they are currently familiar.

So where do Harrogate’s interests lie? The fact is, the current district has not succeeded in gelling as a unity over the last 46 years, and there are considerable internal tensions. Harrogate town, with its population of around 75,000, will be forced to choose between the largely rural option most probably still based in Northallerton, or the urban option to the south. Harrogate already performs as a player in the dynamism of the Leeds City Region, which is a major national economic (and further educational) powerhouse and to which it relates. Partnering with York and Selby as a south unitary council would therefore be based on a shared urban focus – robust tourist, conference, exhibition, retail and service industries as well as with a national entertainment, hospitality, restaurant and hotel economy focus.

The present local government structure goes back to 1973/4. Whatever is put in place from 2022 after nearly 50 years can be expected to last a very long time. This matters; let’s get it right!

John Harris is a Harrogate resident.