Earlier this month, the Haribo company announced it was ceasing production of Moam products at its £92m factory in Castleford, leading to hundreds of factory job losses. 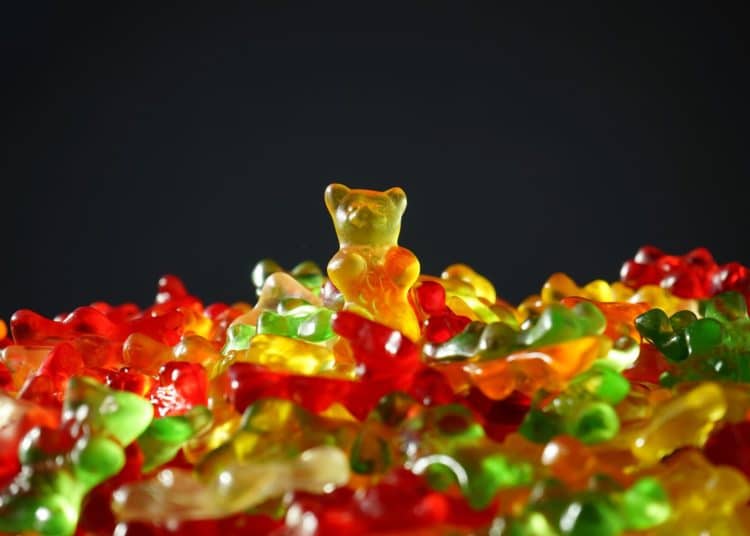 Earlier this month, the Haribo company announced it was ceasing production of Moam products at its £92m factory in Castleford, leading to hundreds of factory job losses. Jon Hughes, director of Haribo, said this was a necessary response to a highly competitive market. But the timing of the job losses is bad; at this time of deep recession, thousands of other local jobs are being cut. Brexit, enthusiastically welcomed in the area at the time, is starting to bite.

Yvette Cooper, MP for Normanton, Pontefract and Castleford had previously raised the issue of possible job losses. Last year, executives at Haribo wrote to Cooper, warning that customs checks would have a “significant impact” on their operation due to their reliance on speedy deliveries. The effect on pricing of checks and possibly tariffs would mean that the UK would be uncompetitive with Haribo’s other European factories.

A fortnight ago, Boris Johnson warned that if, by mid-October, there was no agreement in place with EU leaders, he would walk away without a deal, flippantly describing it as a “good outcome” for the UK. However, many small and large businesses in the area are raising concerns about the devastating impact a no-deal Brexit would have. Burberry, a luxury fashion brand which employs 750 people at its factory in Castleford, also impressed upon Yvette Cooper last year that a no-deal Brexit had to be “avoided at all costs”.

Some of those who voted to remain in the EU have now taken to social media, suggesting that the people who have lost their jobs and are suffering, “deserve their fate”. It is true to say that Brexit was the overwhelming choice of voters in Cooper’s constituency (although she herself was a strong campaigner for Remain), with a whopping 70 percent voting to leave. But it’s perhaps important to understand the context of this vote.

Dr Peter Williams, a retired company director who is passionate about the EU and campaigned for Remain, told us that Pontefract’s Brexit support should be understood as being rooted in years of frustration. The area suffered the toll of the mines closing, with widespread unemployment and poverty. He feels that during the EU referendum campaign the Brexit arguments struck a chord; emotions were stronger than reason and people seized the opportunity to kick back against the establishment. The economic arguments for remaining in the EU were meaningless to people who had already experienced deep poverty. It’s therefore not surprising that the ‘take back control’ catchphrase resonated, as it offered people the chance to capture what they were persuaded the EU had robbed them of.

After the referendum, as the reality of the vote began to play out and promises were put to the test, an inevitable sense of disillusionment began to reveal itself in Pontefract and across the UK. A survey by Opinium, in 2017 found that 26 percent of all Brexit voters felt they were misled by promises made during the campaign. Half of all respondents described the Leave campaign as completely misleading, with only 19 percent describing it as truthful.

The Leave campaign had been able to seize on people’s feeling of being ignored by the political establishment. But it had also fed their prejudices with misinformation. When Dr Williams visited Pontefract and other nearby towns as part of the campaign for a final say referendum, he found that better levels of knowledge and understanding might well have changed the result. Rather than arguing over soundbites, he and other campaigners spent time talking with people about their concerns, and what they hoped Brexit would achieve.

In response to statements like, “Britain won the war, we don’t need the EU”, Williams talked about the fact that the EU had in fact prevented any further world wars, and that Britain could not have ‘won’ the war alone. When the topic of immigration arose (arguably the affair that swung the Brexit vote), and people raised concerns about the ‘floods’ of immigrants that would happen when Turkey joined the EU, Williams explained that this could not actually happen. He clarified that to prevent entry into the EU, just one veto (vote against) was needed by a single member state, thus making Turkey’s entry unlikely to happen (for that, and several other reasons). In both cases, clear, factual information appeared to have an effect on people’s views of the EU.

If the Brexit vote is seen in the light of the above, then company closures and job losses should not be blamed on the ordinary, ignored and frustrated people who voted for it. In the case of Haribo, Wakefield Council has set up a taskforce to support workers but, according to Yvette Cooper, “urgent help” is needed from the government. Given that this is a government that came to power on the back of the Brexit promises, it is to be hoped that such help will be forthcoming.