Adrian Horton from Stop the Flow, critiques the government's plans to stop flooding, and proposes alternative solutions to the problem. "Natural flood management, particularly in the case of attenuation ponds, can only take place in the drier months in the spring and summer when the fields and the uplands are drier". 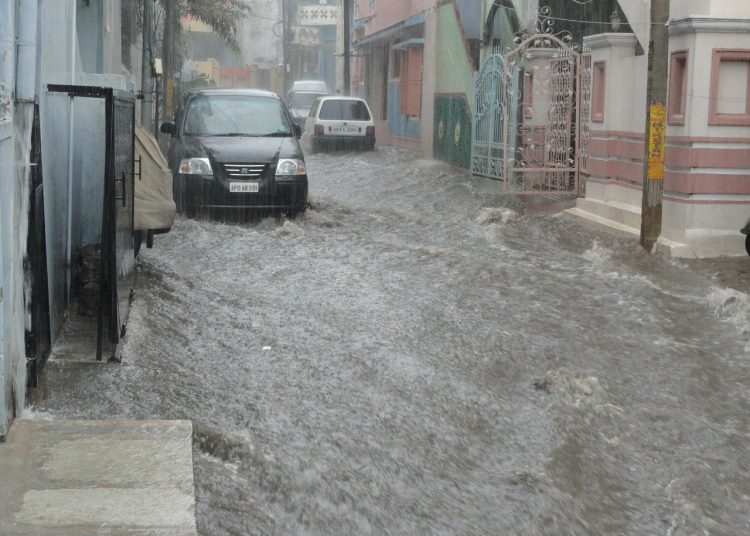 Image by jsptoa for pixabay

With Storm Christoph having recently ravaged much of the country, parts of the North West of England and North Wales have been feeling the effects of yet another major storm which, due to effects of our changing climate, are becoming more intense and significantly more frequent.

Here in Calderdale, the communities along the Calder Valley have got away with some very frayed nerves and minor disruption on a local level in Walsden and in a small area of Mytholmroyd.

Large capital flood alleviation schemes like the one recently completed in Mytholmroyd, West Yorkshire, are an important part of keeping people safe and making them feel that they have adequate protection from this growing threat. These schemes, though, are very expensive; over £40m in Mytholmroyd. They can also be very intrusive and have a high carbon footprint in their construction. It is also argued that by keeping water within the river channel, this can push the risk of flood into communities further downstream. The works can be disruptive to the local economy and to the mental, physical, and practical wellbeing of residents, not to mention the impact on tourism and on the numbers of visitors who tend to avoid these areas while these works are being carried out.

The charity I represent, Slow The Flow, is supportive of traditional ‘hard engineering’ schemes, because they can keep communities safe from rising river levels and make communities feel safer. However, there have been instances where recent schemes have been  Inadequate due to the volume of water finding its way into the valley bottom which results in the flood walls being breached.

We need to focus on the causes of flooding in our communities – not just treating the effects of flood water, but slowing water reaching these schemes in the first place, thereby reducing the flood peak and hence the possibility of overtopping of our flood defenses. Such approaches also offer a degree of future proofing of existing flood defenses from climate change.

How do we deal with the causes of flooding?

Natural flood management (NFM) schemes, like the ones we are currently developing here in Calderdale, offer a tangible and cost-effective additional route to flood alleviation. This includes a catchment-wide, holistic approach to flood management and includes solutions like tree planting, the installation of leaky woody dams and the construction of attenuation storage ponds, all of which can make a significant contribution to reducing flood risk on a local level and reducing the increasing flood risk into populated areas below.

Slow The Flow has developed a number of schemes here in Calderdale. The development of these schemes, and the work undertaken to monitor their success, can be found here.

We are delighted that the Environment Agency supports around 60 similar NFM pilot schemes around the UK, plus another 40 projects which are within their capital funded programme. There are other organisations around the UK pioneering NFM who are also looking at alternative ways of working with natural processes to combat climate change. The Environment Agency has produced lots of very good information on ‘working with natural processes’ here and it is clear that NFM has a major part to play in reducing flood risk.

These schemes are typically cheaper to design, build and implement, as well as supporting ecological diversity and providing multiple green infrastructure benefits. They are also usually less intrusive and cause far less disruption to the communities they serve, because NFM will typically be implemented in uninhabited areas of the catchment in the uplands and away from where people live and work.

So why not invest in both on the same scale?

Slow The Flow is pleased that the government has set aside £200m for the innovative resilience scheme announced by Chancellor Rishi Sunak last year, although this is a very small amount in comparison to the £5bn offered to ‘traditional’ schemes like the one in Mytholmroyd. This money will be distributed to 25 areas in the UK, to develop NFM and innovative schemes like ours to keep the water from reaching the valleys below.

Additionally, this fund of £200m was originally announced in early 2020 and the process of getting it to the communities that need it is still underway. Local flood authorities are currently preparing ‘expressions of interest’ to secure this funding, including our own here in West Yorkshire, but it has simply taken too long to get this money to our communities and for them to start these important programs to deal with the causes of flooding.

More importantly, the funding will not actually get to these communities until later this summer which will result in further delays to the schemes. Natural flood management, particularly in the case of attenuation ponds, can only take place in the drier months in the spring and summer when the fields and the uplands are drier. This means that it is likely that the NFM work funded by this grant will not now take place until at least until the spring of 2022.

Sunak also announced in early 2020 a £5bn fund to spend on large capital flood-relief projects like the one in Mytholmroyd. Slow The Flow would like to see this balance redressed and for the government to increase the spending on innovation and NFM, because it is far less disruptive to flooded communities and, more importantly, it treats the causes of flooding rather than dealing with the after effects.

Valley communities like ours here in Calderdale, and millions of people around the UK who are at risk of having their homes and businesses disrupted by flooding, need to see more investment, innovation, and value for money. Large, expensive, hard-engineering projects are not the only, or indeed the best way, to mitigate this issue. NFM has been proven to have multiple benefits as a complementary flood alleviation technique and should see a proportionately greater level of investment.

Let us redress the balance of flood alleviation funding, by investing in the prevention of flooding, not just dealing with the impact once flood water gets into our towns and villages.

Adrian is a founding member of the pioneering environmental charity Slow The Flow, which was set up in 2016 after the devastating floods in Calderdale. He is their communications officer and deals with the growing number of media organisations and public figures who are interested in natural flood management as one of the ways to combat the growing risk of climate change and how this is affecting the risk of flooding around the UK. Adrian is also a flood warden reacting to flood events when they occur and also works in the automotive sector working with companies to develop sustainable company vehicle policies.