Alex Toal reviews proposed plans in the Queen's speech to undermine democracy by extending first past the post to mayoral and police and crime commissioner elections and introduce voter ID legislation. 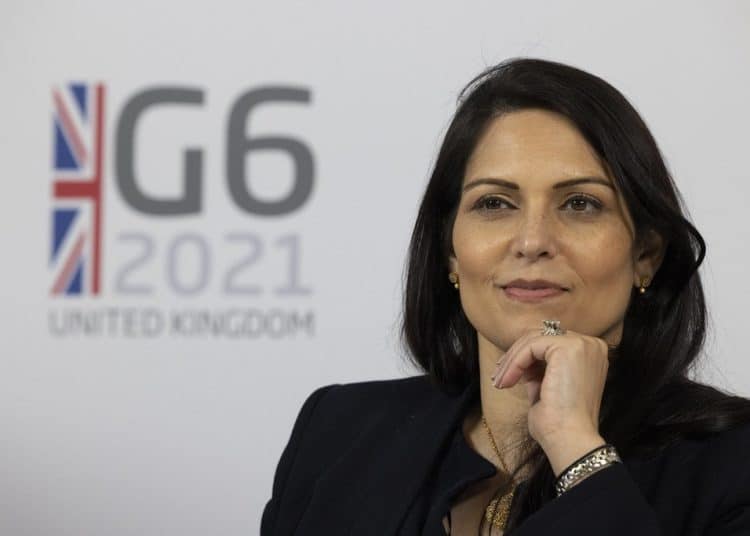 “Home Secretary Speaks at the G6” by Number 10 is licensed under CC BY 2.0

One of the few highlights of Labour’s local elections performance were the two mayoralties that the party managed to take from the Conservatives, in the West of England and Cambridgeshire & Peterborough.

In the case of Cambridgeshire & Peterborough, Labour could not have won without SV. Incumbent mayor James Palmer (Conservative) achieved 41 percent of the vote in the first round, with the challenger Nik Johnson only receiving 33 percent of the vote share. But in the second round, enough voters put Johnson as their second preference that he in fact beat Palmer.

However, as parliament reopens, it seems as though one of the government’s first acts will be to stop this from happening again, as it was announced that, as part of their legislative programme, they plan on extending first past the post to mayoral and PCC elections.

Why is this a problem? Most are happy to admit that SV isn’t perfect. Systems like single transferrable vote, in comparison, not only allow voters to rank their top 2 candidates, but all of the candidates from first to last. But SV at least ensures that, at the end of the day, one candidate will receive over half of votes cast.

The consequences of getting rid of SV

A change back to first past the post will mean that a candidate can win with as little as 30 percent of the vote, as often happens in council elections. In practical terms, less proportional systems also decrease voter turnout, so fewer people will even be voting for these positions.

This is not the only move which the government is making to depress turnout. As part of the ‘electoral integrity bill’ being mooted, plans have been put forward to introduce requirements to show photo ID at polling stations. Director of Unlock Democracy Tom Brake explained on a recent episode of the Bylines Network podcast that experiments of this in Northern Ireland have led to decreased turnout in subsequent elections.

Why is the government doing this?

The answer is simple: power.

Generally, SV is benefits independent candidates against the two main parties. Although it is rare for the system to actually result in a change of winner from the first round to the second, when it does it is often the Conservatives or Labour who lose out. This list shows all the instances where this has happened since the introduction of elected mayors in 2000.

The other is that decreased turnout actually helps the Conservatives. Studies generally show that low-turnout elections, along with those under first past the post, tend to help right-wing parties.

Moreover, the 3.5 million people without photo ID and thus at risk of being turned away are overwhelmingly likely to vote Labour. Given that in 2019 only one person was convicted of trying to impersonate another voter, it is hard not to be cynical about the reason for which these laws are being passed.

The campaign to protect voting rights

However, this attempt to subvert democracy will not go unopposed. Campaign group Make Votes Matter is organising national action to oppose government plans to get rid of SV. Today they are launching a petition to rally support against the plans. Speaking on the latest episode of the Bylines Network podcast, MVM grassroots director Emma Knaggs said:

“We don’t want more first past the post. It’s an outdated system; it’s unfair. SV means that all the people who voted for other candidates [outside of the top two] still have skin in the game. They still have the ability to contribute and actually make a difference to the results, and feel that their vote is counted. Any attempt to bring back first past the post is against democracy, it’s a backwards step.”

It is also clear that, if anything, voters are turning away from our archaic voting system, rather than towards it. Polling shows that more people favour proportional representation than do keeping first past the post. Meanwhile, Make Votes Matter’s campaign to persuade Labour to adopt proportional representation has won over 214 constituency labour parties, and 152 MPs.

Instead of doing what’s right, however, the government has pivoted to what will help cement their dominance in Westminster.

We can only hope that they listen to sense on this occasion.

Be sure to sign Make Votes Matters’ petition here, and to write to your MP to find out their opinion of these plans.