Lack of funding, lack of interest and lack of support for in Transport for the North, is causing widespread anger in Hull. 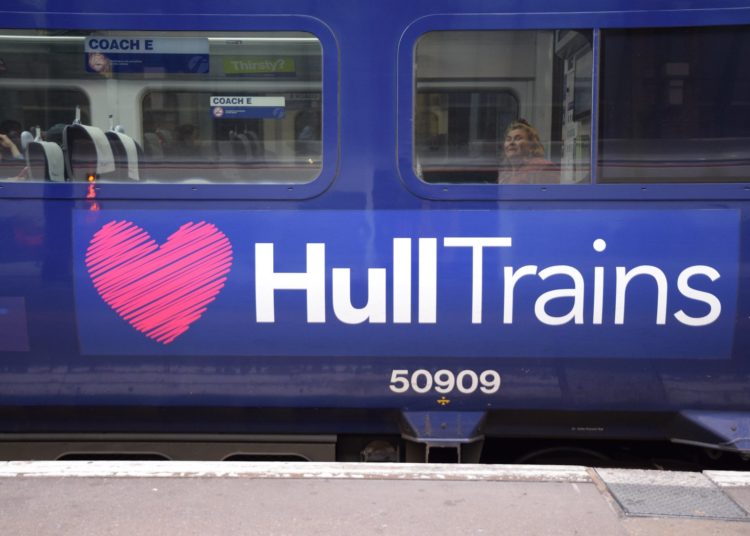 “Hull Trains” by hugh llewelyn is licensed under CC BY-SA 2.0

In one of his last public appearances before suffering a stroke, John Prescott was not pulling any punches. “It’s a bloody fraud!” shouted the former deputy prime minister before storming out of an event in Hull launching a new 30-year plan for transport for investment across the North.

Anger at the lack of funding for the Northern Powerhouse

His anger was not particularly directed at event organisers Transport for the North (TfN) but the political thrust behind the organisation’s creation, namely the Conservative government and its decision to set up a body with few real decision-making powers and even less funding as part of George Osborne’s vision for a Northern Powerhouse.

Three years on, that strategic plan has yet to translate into early action on the ground, while TfN’s core budget – which comes directly from Whitehall – was slashed by 40 percent in March.

Initially responsible for transport in Tony Blair’s New Labour government, Prescott had inherited a newly privatised railway network, which he could do little about, with legally binding contracts being the bedrock of a new system of rail franchising.

As a long-standing MP for Hull, he also knew all about his adopted home city being literally stuck at the end of the line.

The importance of rail connectivity for Hull

Yet the building he walked out of that morning was a reminder of how important the railways had once been in Hull. The restored old Victorian pump house used for the event originally provided hydraulic power to operate the local gates at Alexandra Dock.

The dock had been built by the Hull and Barnsley Railway company to export coal brought to the port from the coal fields of South Yorkshire and formed part of a vast waterfront railway network in Hull which would carry everything from imported fruit and vegetables to freshly landed fish for the best part of a century.

A single commercial rail line still runs to and from another nearby dock taking mainly wood-burning pellets to Drax but recent focus in Hull has been on improving passenger services in and out of the city.

Promised electrification of the line

In particular, MPs and city councillors have spent several years lobbying for the electrification of the line between Hull and Selby and, crucially, establishing an electric connection with the main East Coast line.

Frustratingly, they have yet to achieve their goal with the city still very much a poor relation in terms of rail infrastructure compared to the likes of Manchester and Leeds. The 70-mile stretch of track in question could be a quick win for Boris Johnson and his much-vaunted levelling up agenda. It’s flat and runs across open countryside with no natural obstacles like tunnels to contend with.

Yet successive Conservative administrations have managed to ignore it along with other pleas to support the restoration of a lost direct rail link between Hull and Manchester Airport. Even when the city’s train operator Hull Trains put forward a private finance deal to electrify the line, the then transport secretary Chris Grayling not only rejected the idea, but insisted his decision was “good news” for passengers.

His reasoning was that upgrade was no longer necessary because operators on the route were investing in new bi-modal trains that could use both electric and diesel power.

Hull literally at the end of the line

The fact that Hull Trains is one of the country’s few open-access operators exposed to full commercial risk without the safety blanket of a franchise only adds to the feeling in the city that when it comes to railways, Hull is very much out on a limb and literally at the end of the line.

When the Covid-19 pandemic struck last year, Hull Trains received none of the financial help that franchised rail operators serving other parts of the country did. Now there’s a renewed push to electrify the line with the proposal backed by TfN and awaiting inclusion in the government’s long-awaited ‘integrated rail plan’ which was meant to be published earlier this year but is still stuck somewhere in a Department for Transport sidings.

Hull North MP Diana Johnson has been at the forefront of the local campaign to bring better rail investment to a city that has aspirations to be one the North’s economic power players on the back of the offshore wind industry cluster around the Humber. She said:

“Hull continues to be ignored by the Tory government despite all the rhetoric over the past decade about the Northern Powerhouse and ‘levelling up’, and all the more recent talk about ‘building back better and greener’.

“In recent years, rail infrastructure investment has continued to be skewed in favour of major projects like Crossrail in London and the South East. Hull has been bottom of the priority list.

“The long campaign by the Hull and Humber Chamber of Commerce for a fully electrified high-speed rail link across the Pennines between Hull and Liverpool continues to be ignored by Tory ministers.

“As fares rise relentlessly, Hull’s train services across the Pennines have continued to be downgraded in recent years with Hull losing the direct link to Manchester Airport.”

Hull cannot continue to be sidelined this way

It’s not just track-based rail services in and out of Hull that Johnson and others are keen to see improved either.

TransPennine Express’s recent management of Paragon Station in the city centre has also led the MP to question whether Hull is once again being treated differently from elsewhere:

“I was told by TransPennine recently that the level of antisocial behaviour at the station was the reason – or excuse – why they are delaying spending any money on correcting their botched so-called ‘improvement’ of the toilet and waiting room facilities. This is despite previous promises I had received from them during the three years that I have now been raising the issue with them.

“If this anti-social behaviour had been happening at one of the rail stations in London or even somewhere like Leeds or Manchester, it would have been clamped down on but in Hull it has just been a convenient excuse of paralysis and penny-pinching after TransPennine replaced previous passenger facilities to build cash-cow shop units that they have now spent three years struggling to let.”

TransPennine also cited antisocial behaviour as the reason for recently closing one of the two main pedestrian accesses to the station. It eventually re-opened the gate after a protest by disability rights campaigners.

“Again, only in Hull would station management address this problem in this way,” said Johnson.